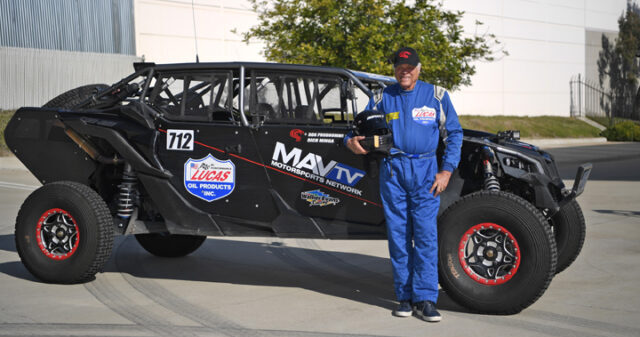 Don “The Snake” Prudhomme may have stepped away from professional drag racing, but his competitive juices still fiercely burn. The NHRA standout – in both Top Fuel and Funny Car racing – recently turned his activities to the dirt, where he’s twice raced in Baja, California’s Mexican 1000. Prudhomme is hoping the third time is the charm as he preps for the 2021 Yokohama NORRA Mexican 1000, scheduled for April 23-30 in Baja California.

While still in his mid-20s, Prudhomme attempted to compete in this off-road race, only to have that effort halted by engine malfunctions before the contest began. After a five-decade hiatus, he’s going to try again, thanks to a partnership with MAVTV. Prudhomme, who celebrated his 80th birthday this week, is racing in the Modified Turbo UTV class and driving a Can-Am UTV.

Prudhomme competed in the seminal Baja race in both 2018 and 2019; in the latter contest, fuel pump issues on the final day of competition had his team battling simply to get to the finish line, where they recorded a 16th place result. For this year’s effort, together with navigator and support driver Rich Minga, Prudhomme is looking to improve on that effort; once again, he’ll have PJ Jones, son of on- and off-road racing legend Parnelli Jones, assisting with equipment and on-course support. 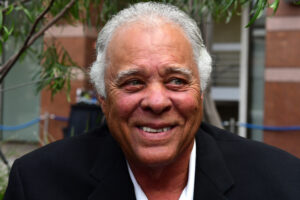 ‘”I want to run hard and have fun,” Prudhomme said about the race he’s been fixated on for so long. “The great thing about this race is you don’t know the course until a couple days before you take off. NORRA (National Off-Road Racing Association) doesn’t want anyone pre-running the course, so that will make it exciting. I feel more confident every time I do this and I have to thank MAVTV for coming along for the ride.

“I will be doing a lot of the driving, but Rich will also jump behind the wheel and I’ll navigate. It is a long route and we want to be competitive,” he confirmed. “I hated to miss the race last year, because of everything going on, but there was no way I was going to miss this race again. It’s just too much fun.”

Lucas Oil director of partnership marketing, Brandon Bernstein said the company’s decision to work with Prudhomme was a natural. “Teaming up with a legend like Don Prudhomme for the Mexican 1000 is a great partnership for MAVTV and Lucas Oil. The interest in off-road racing is growing every year and there is a huge audience of motorsports viewers on MAVTV. We know tons of people will be keeping an eye on Prudhomme’s progress throughout the race.”

NORRA’s Mexican 1000 is a five-day, off-road rally that celebrates off-road racing history and vintage off-road machines. Cars, buggies, trucks and motorcycles from all eras of Baja off-road racing are eligible to participate in a variety of classes. The race starts in Ensenada, Baja California on Friday, April 23rd and ends Friday, April 30th, again in Ensenada. The course has been re-routed for 2021 so that race participants work within COVID protocols. The contest is a 1,000-mile loop of the Baja peninsula.

About Anne Proffit 653 Articles
Anne Proffit traces her love of racing - in particular drag racing - to her childhood days in Philadelphia, where Atco Dragway, Englishtown and Maple Grove Raceway were destinations just made for her. As a diversion, she was the first editor of IMSA’s Arrow newsletter, and now writes about and photographs sports cars, Indy cars, Formula 1, MotoGP, NASCAR, Formula Drift, Red Bull Global Rallycross - in addition to her first love of NHRA drag racing. A specialty is a particular admiration for the people that build and tune drag racing engines.