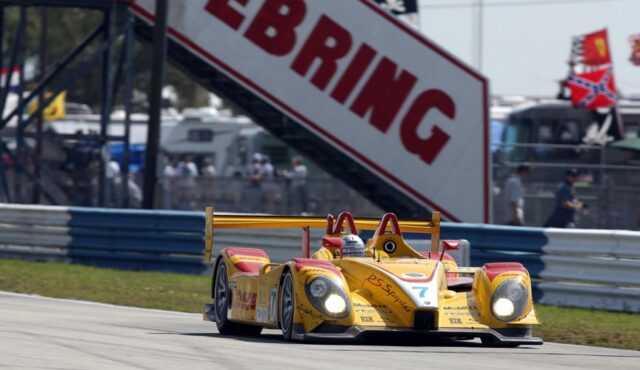 Porsche and Penske are reuniting to take on the sports car wars in 2023 with LMDh entries for both IMSA’s WeatherTech SportsCar Championship and for the the FIA’s World Endurance Championship. The two-car IMSA program will use Team Penske’s vast Mooresville, North Carolina campus for its stateside operations, while the WEC’s Europe-centric LMDh team will be based in Germany.

This is a multi-year agreement between Porsche and Penske and is built on an enduring, collaborative relationship bonded when Team Penske, in 2005 took on LMP2 activities with a Porsche-powered prototype and earned 24 victories, 11 of which were overall wins, together with three straight LMP2 championships, from 2006 through 2008.

The new entity will be known as Porsche Penske Motorsport and will have two entries in each of the series, IMSA and WEC, as it once again chases victory in the world’s premier endurance races: America’s Rolex 24 at Daytona and Mobil 1 12 Hours of Sebring, together with the world-renown 24 Hours of Le Mans. Porsche initially announced its return to sports car LMDh prototype competition in December of last year. 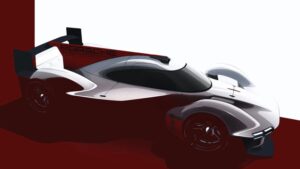 While the factory’s operation with Team Penske in LMDh prototype racing on both sides of the Atlantic Ocean is expected to be robust, Porsche has traditionally offered its technology to customer teams, and this will not change. The company expects the LMDh vehicles to compete with the Hypercars (LMH) as the new prototypes will be 1,000-pound LMP2-chassis-based and are powered by a hybrid drivetrain that is intended to produce 500kW (670 horsepower) overall.

“We are delighted that we were able to get Team Penske to form this partnership,” said Oliver Blume, chairman of the executive board of Porsche AG. “For the first time in Porsche Motorsport, our company will have a global team competing in the world’s two largest endurance series. To this end, we will be setting up team bases on both sides of the Atlantic [Ocean]. This will enable us o create the optimal structures we will need to take overall victories at Le Mans, Daytona and Sebring, for example.”

Porsche’s intent in forging this collaboration is go compete in the major endurance racing series, according to Dr Michael Steiner, board member for research and development with Porsche AG. “Our intention is to support and shape the new era with our LMDh prototypes,” he said. “Not only will we be keeping our fingers crossed for the four factory cars we have in total, but also for our customer teams. The LMDh vehicle will also be entered as a customer car in both series as early as the 2023 season. These partner teams will be given our full support. Whatever insights we gain from our factory efforts will be shared with them.”

Roger Penske noted the announcement marked “a proud day for our entire Penske organization. We have represented Porsche on the track or in our businesses for more than six decades,” he said. “The heritage and success we have enjoyed together is unparalleled throughout our history. I can’t wait to get started as we build a global racing program with Porsche that will compete for wins and championships well into the future.”

The new LMDh prototypes, introduced during the Rolex 24 at Daytona in 2020, supplants DPi as IMSA’s premier prototype class. Chassis will come from one of four approved constructors: Dallara, Ligier, Multimatic and ORECA. Manufacturers are encouraged to develop branded engine and stylized bodyworks. Bosch, Williams Advanced Engineering and Xtrac are working together to provide the spec hybrid powertrain system for all LMDh race cars.