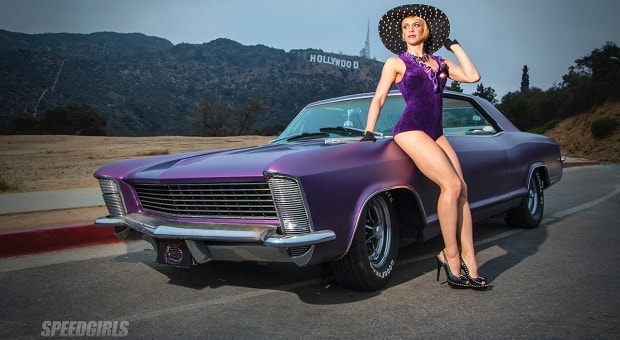 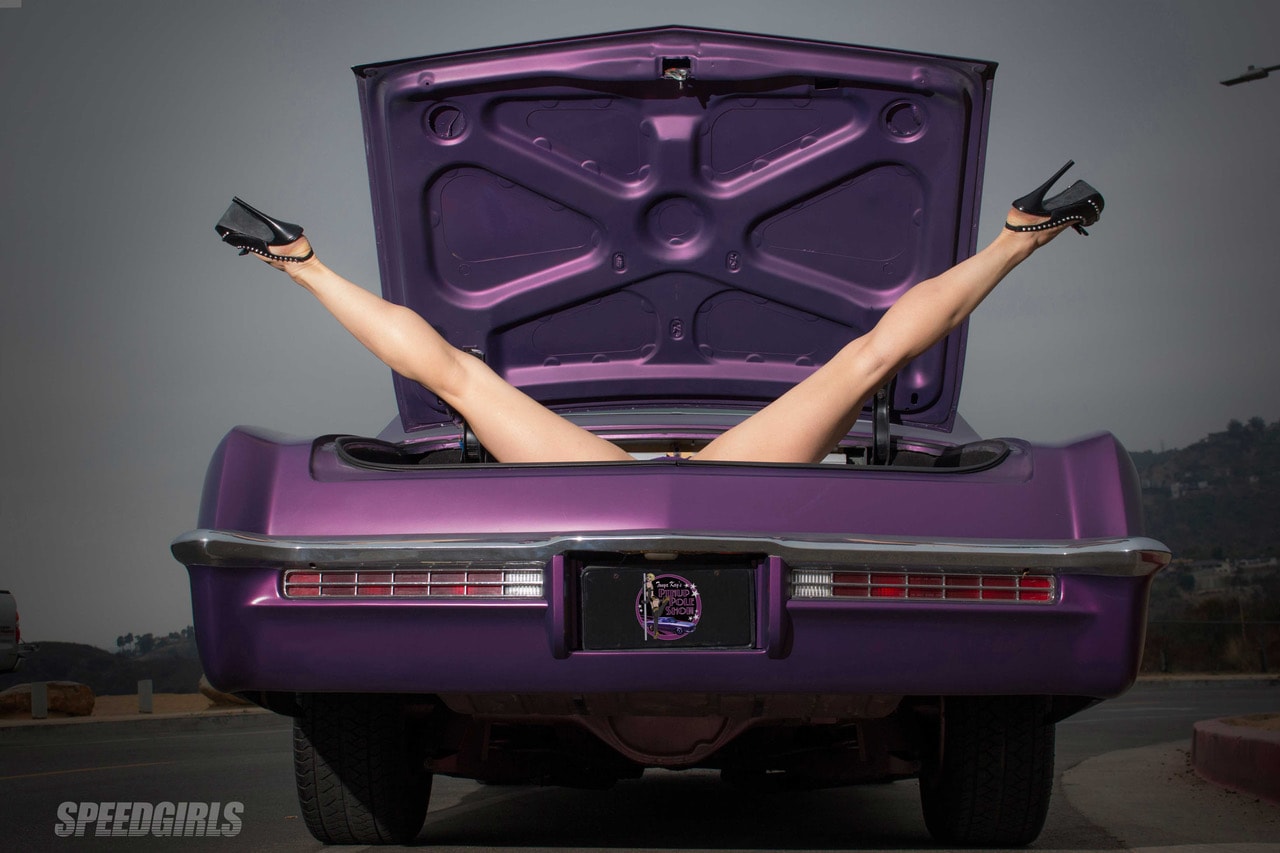 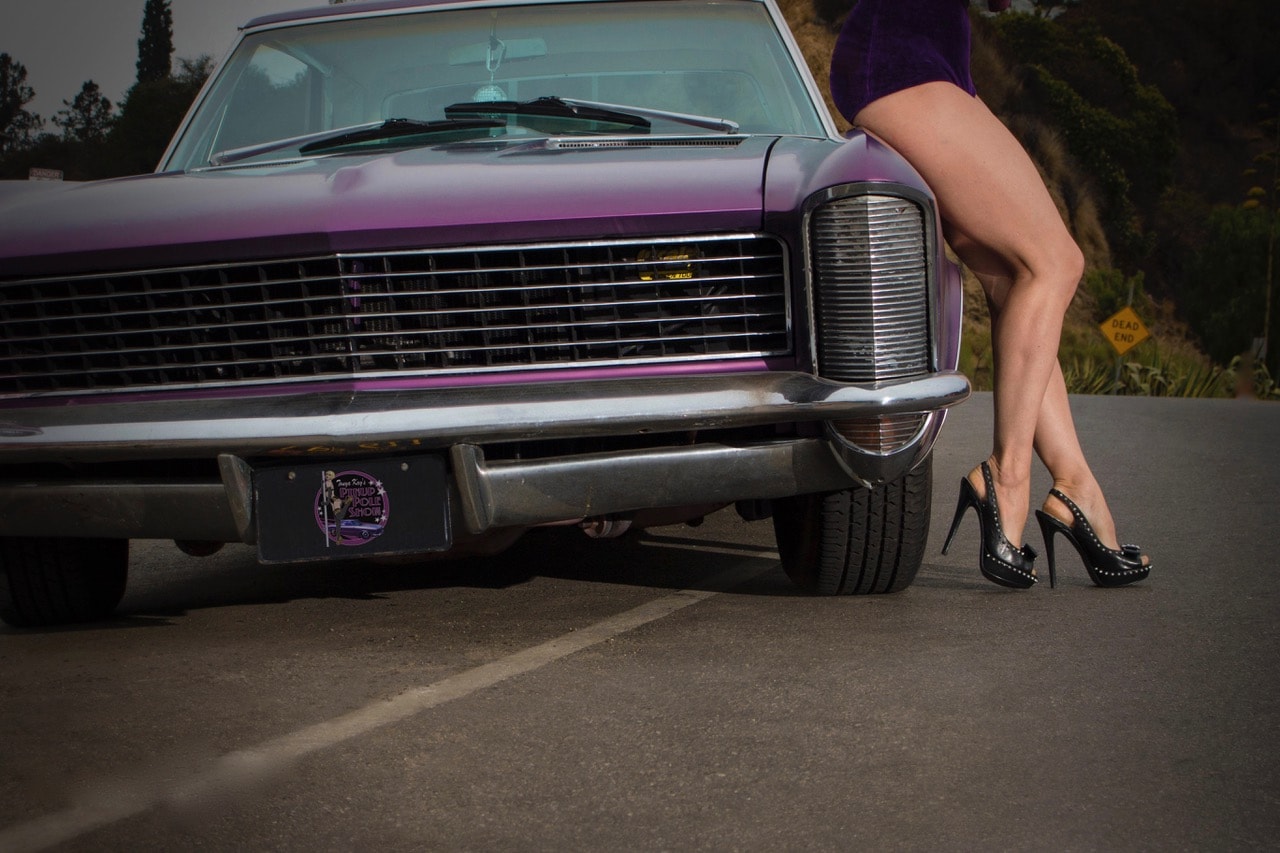 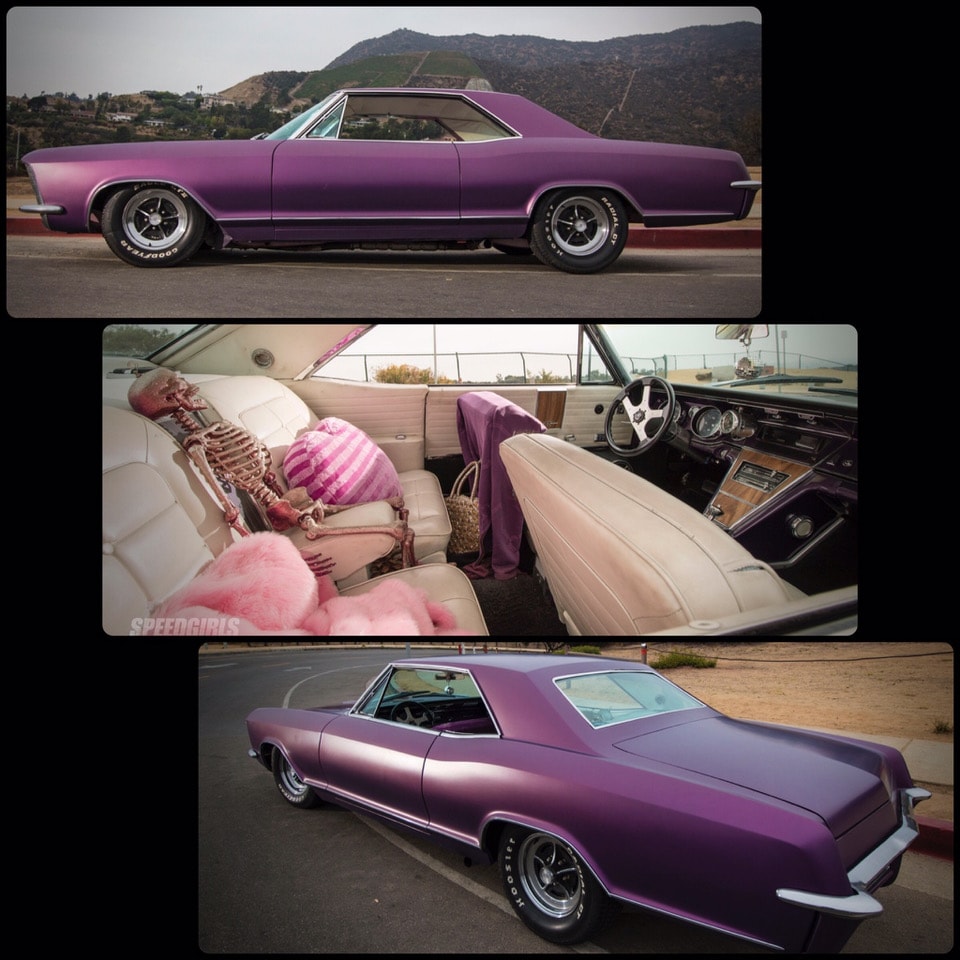 Hey, greasers, pinups, cruisers, daredevils and renegades! I’m Tonya Kay, and I'm all revved up about curating the new Pinup Pole Show Pinup of the Week column here at RacingJunk.com. I’m here to get your engine running weekly, featuring women unashamed of being women and the hot rods we love! Let me introduce myself...

I am Tonya Kay, a brutally elegant film actress, burlesque headliner, raw vegan renegade and producer of Tonya Kay’s Pinup Pole Show and classic car cruise-in. You might’ve seen me on Broadway (STOMP, De La Guarda) and in blockbuster films (Lone Ranger, Muppets Movie). My pinup and modeling work has been published in magazines, calendars and comic books like Car Kulture Deluxe, DrivenWorld, Grease Inc, Superfly Auto, The SpeedGirls and Garage Latino. And my vicious classic hot rod, the Grape Space Coaster, is even more famous than I am, representing on Discovery’s Sticker Shock, Speed TV’s My Ride Rules and some badass music videos.

I’ve restored a 1974 Ford pick up with my father by hand. I’ve converted three vehicles to run on vegetable oil. I’ve owned two freight trucks and three commercial vans. Now I own my dream car, a 1965 Buick Riviera GS. One time a cop pulled me over just to chat about the car. Older men flag me down to tell me they remember when my car was brand new. All the guys want to race me and all the girls want a ride. It’s my first automatic and early on, I pulled up to a gas station to refuel and of course all eyes were on the car. Then they were all on the owner. I strutted out, greeting my audience, and as I squatted at the rear license plate to uncap the tank, the Riv started to roll away and on down the Hollywood hill. It took a while for this manual-transmission driver to learn the concept of a gear called Park: Chick in mini skirt dashes after her classic hot rod. Now metrosexual boys in peppy sports cars dash after me.

The breathtaking photography featured in this week’s column is of me, Tonya Kay, and my 1965 Buick Riviera GS, The Grape Space Coaster. If you’ve ever tried to shoot the Hollywood sign in Los Angeles, you know it’s a hard one to get! There are no (free) locations to legally set up at and there is normally quite a bit of car, foot and patrol traffic disrupting. Photographer Adam Riley and I woke at 5am to nab that red curb - do you know how difficult it is to look ravishing at that hour in the morning? Probably easier for the Buick than for a babe! Either way, we shot fast and efficiently and knocked it out before 7am. Plus, I met a classic Chevy owner just driving by on his hilly way to work. In my opinion, everyone won that day!