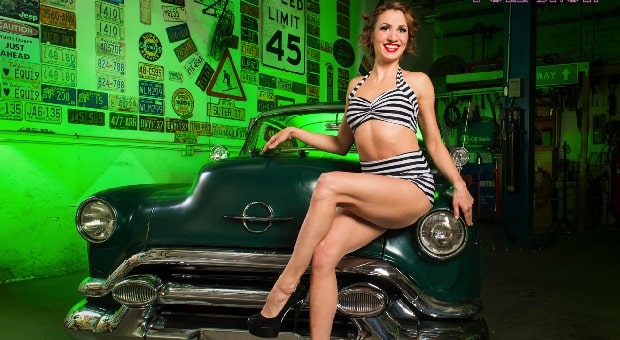 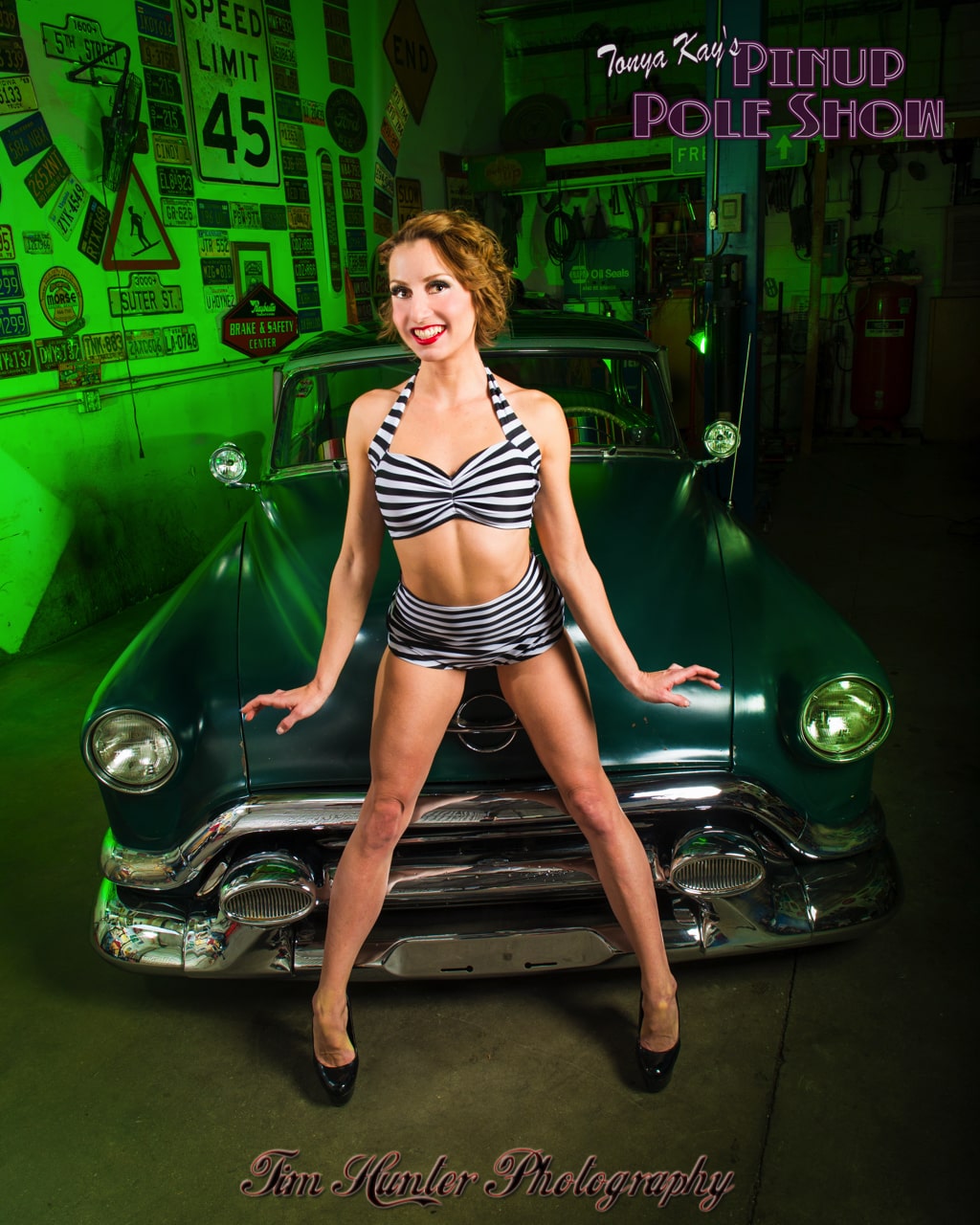 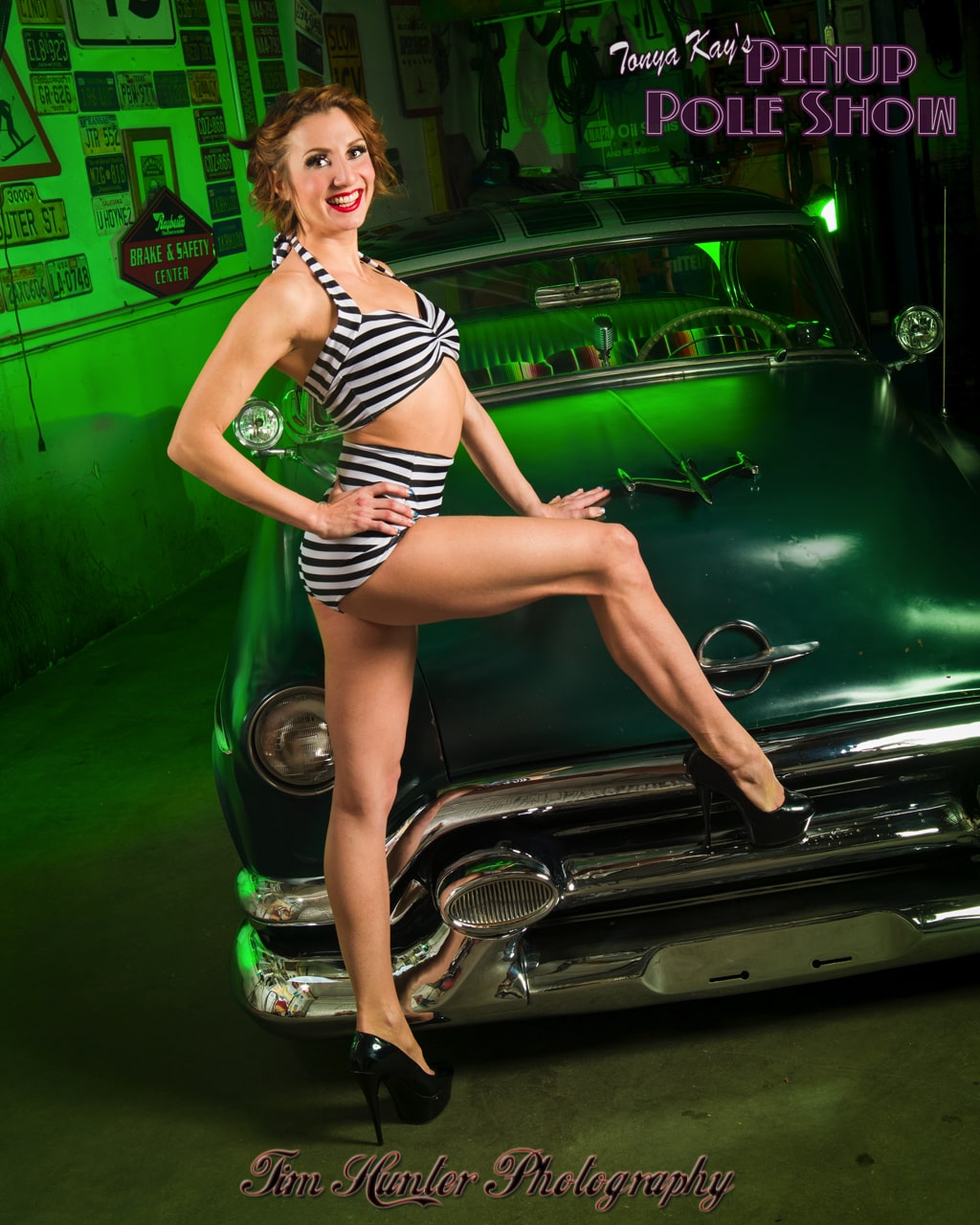 Meggan is a graduate of UCLA’s dance program and has been performing with local dance companies since 2004. Several years ago, Meggan discovered pole dance and uses the sport to express her sexy and artistic side. We’re proud to say Meggan Marie has performed in and modeled with Tonya Kay’s Pinup Pole Show! She has also produced her own holiday dance production, Twerkcracker, a twerk-themed version of the classic ballet Nutcracker. After several athletic injuries, she became a personal trainer to help other aerialists bridge the gap between their sport and strength conditioning. She is a long-term vegan and loves her vegan doggie, ironically named Chicken. Let’s find out more about Meggan Marie today!

MEGGAN MARIE: 1990 Toyota Corolla station wagon. I named her tea cup because she rattled like a tea cup when I would drive....

TONYA KAY: What inspired you to take your pole dance and aerial to the next level?

MEGGAN MARIE: My boyfriend at the time had just broken up with me. I went to go see some of my friends compete in PPC and I decided that I wanted to do that too. I wanted everyone to know how hot I was and how amazing and talented I was, and I wanted my boyfriend to be super sorry that he ever broke up with me… I know it seems kind of silly, but in retrospect it really just allowed me to break out into my own and become the shining star that I really am and that I’ve always wanted to be.

TONYA KAY: How long have you been vegan and what is your favorite vegan holiday meal?

MEGGAN MARIE: I’ve been vegan for about 10 years now, and my favorite holiday meal is honestly the desert. I love sweets. I love cookies and cakes and pies… And vegan cooking has come such a long way since I first become vegan; it’s so nice to be able to enjoy things that didn’t exist 10 years ago - like vegan caramel and cheesecake and stuff.

TONYA KAY: What will one of your New Year resolutions be, if you make one?

MEGGAN MARIE: I’d like to keep my New Year’s resolution from last year, which I actually started well before the new year… But I started making my bed and meditating every single day no matter what. And I’ve kept it up for over a year now at this point and I would like to just keep it up. I think that those two simple acts have made the largest difference in my life.