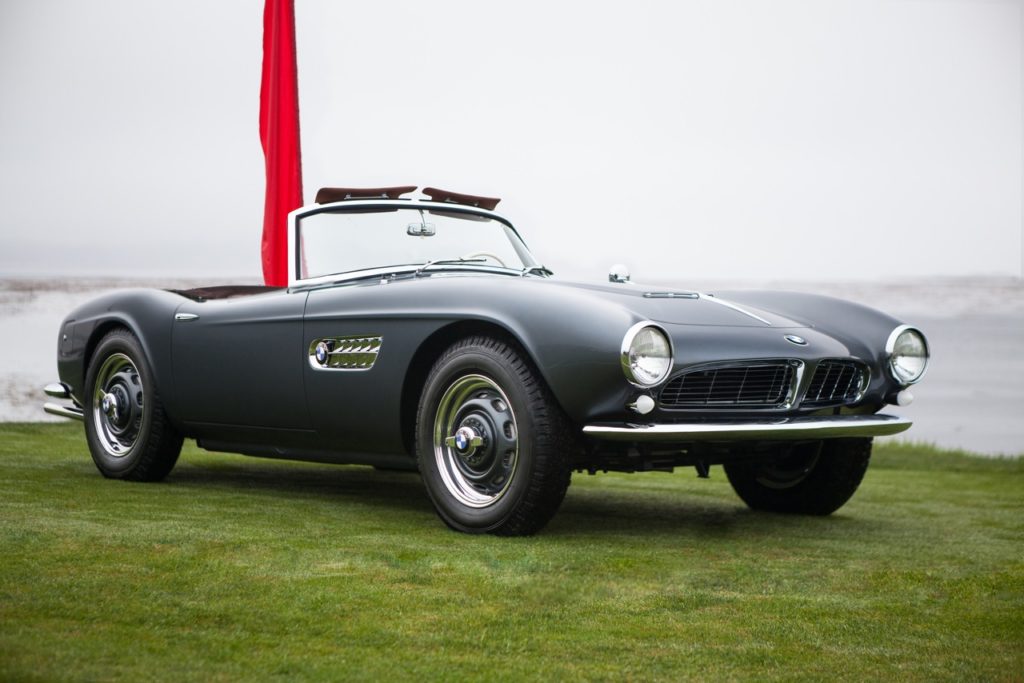 The Petersen Automotive Museum will feature “BMW: 100 Years of Performance,” showcasing five of BMW’s most memorable race and street cars including a 1970 ALPINA 2002ti racecar, a 1977 IMSA 320i Turbo race car driven by David Hobbs, a 1979  M1 Classic BMW, the 2000 FW22 Formula 1 car driven by Ralf Schumacher and an iconic BMW 507 roadster, from the collection of Jeff Lotman. Additionally, the much beloved M3 GT2 BMW Art Car by Jeff Koons will join the museum’s existing display of BMW Art Cars for a limited time. The exhibition opens to the public on Sept. 1 for a limited time, and is included with regular museum admission.

“This group of cars is rarely seen outside of specific events or BMW’s own collection,” said Adam Langsbard, chief marketing officer for the Petersen Automotive Museum, “and as such, this very limited exhibition at the Petersen is not to be missed whether you’re a fan of BMW or race cars in general.” 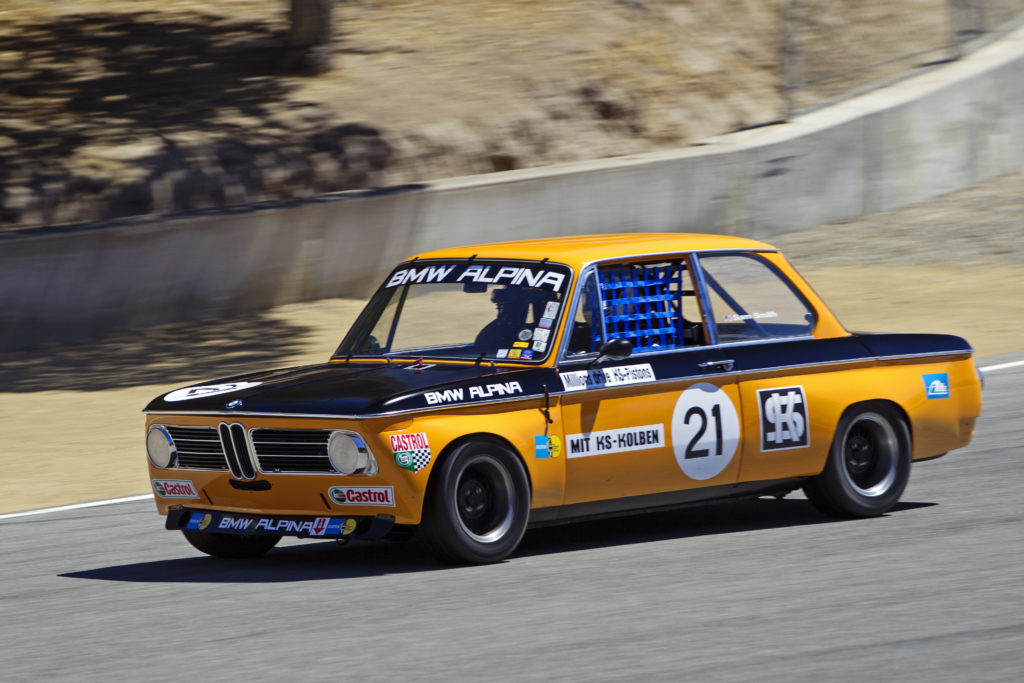 The oldest race car on display during this special exhibition is the 1970 ALPINA 2002ti, which had its original paint and body work restored in 2014 and has seen much track time at the hands of drivers such as Nick Craw, John Morton, Danica Patrick, Boris Said, Bill Auberlen and Tommy Milner. It is powered by a 2.0 liter SOHC four-cylinder engine which is fed by dual two-barrel side draft Solex carburetors. 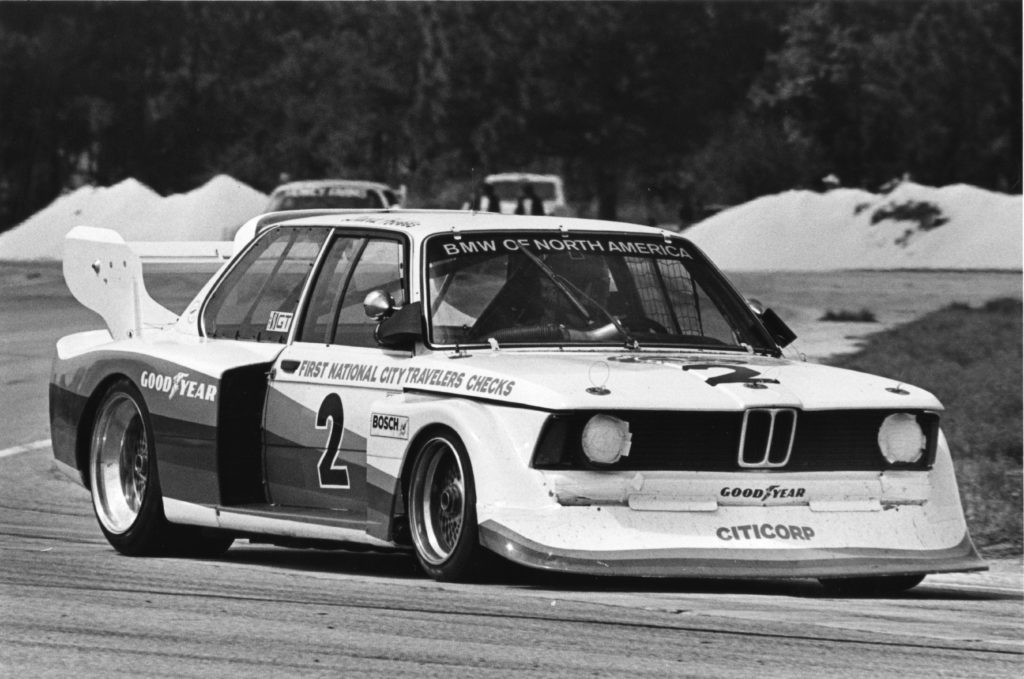 The 1977 IMSA-spec 320i Turbo racecar is one of BMW’s most outlandish looking cars, more so than even the famed “Batmobile” E9 CSLs. The 320i Turbo was powered by a potent Formula 2-based M12 turbocharged engine that was rumored to be putting out in excess of 650 horsepower, and later saw duty in Formula 1 where it was capable of making well over 1000 horsepower. This particular example of the 320i Turbo was piloted by British hot-shoe David Hobbs. 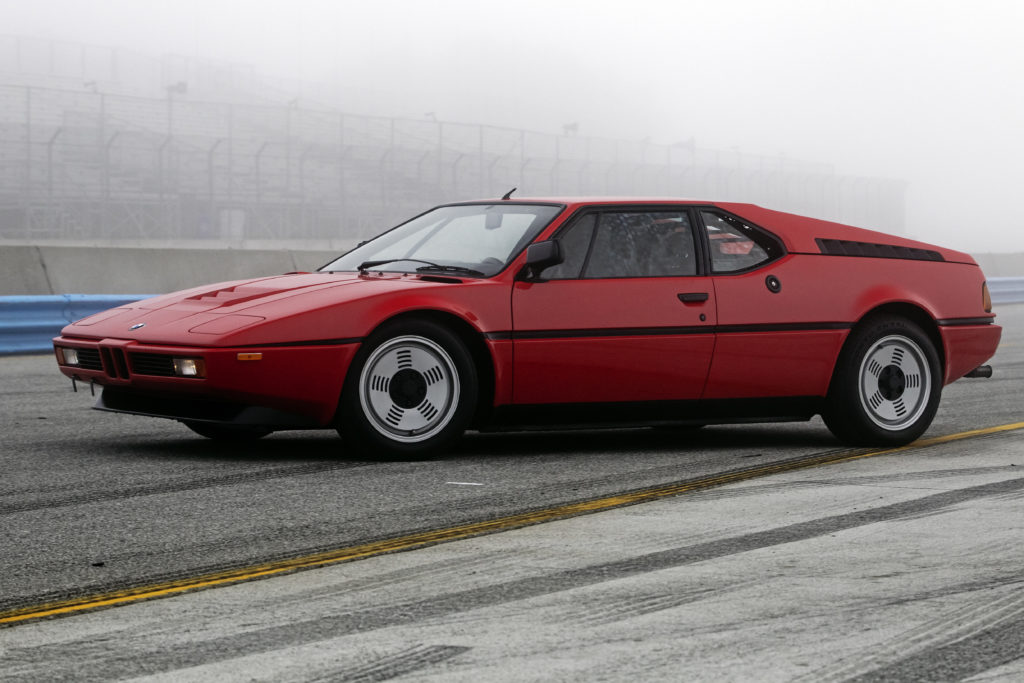 Introduced at the Paris Motor Show in 1978, the 1979 Giorgetto Giugiaro-designed M1 was BMW’s first mid-engine production car. It was powered by a twin-cam, fuel-injected 3.5L straight six-cylinder engine and accelerated from 0-60 miles per hour in a brisk 5.4 seconds. Conceived and built for racing, the M1 received general homologation for the entire production series and was equipped with an elaborate suspension with double wishbones on each wheel, gas-pressure dampers and anti-roll bars. 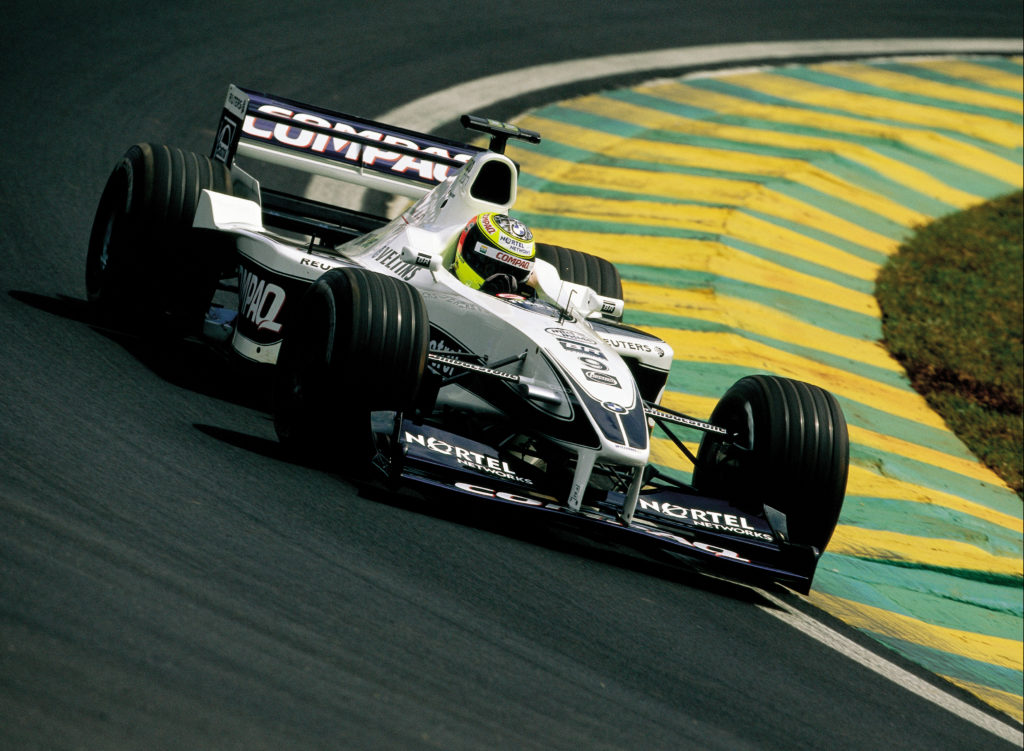 The 2000 FW22 F1 car represents one of Formula 1’s greatest eras – that of the screaming naturally aspirated V10. This car was piloted by Ralf Schumacher, and while it didn’t win any races outright, it was able to secure a third place finish in the points race for the season. The car was designed by the famous Williams F1 team and features a carbon fiber chassis, pushrod suspension and BMW’s E41 2.9 liter V10 engine.

The 2010 M3 GT2 BMW Art Car by Jeff Koons was the 17th vehicle to enter into BMW’s famed Art Car collection, and the most recent example prior to the upcoming unveiling of John Baldessari’s work later this year. The E92 M3 GT2 is based on the production E92 M3 and features a restricted version of its high revving, naturally aspirated V8 and modified versions of the factory Sachs suspension. The M3 GT2 was campaigned by a number of race teams both in the US and abroad and the Koons car was run at the 2010 24 Hours of Le Mans.

For more information on this exhibition or on the Petersen Museum, please visit www.Petersen.org.