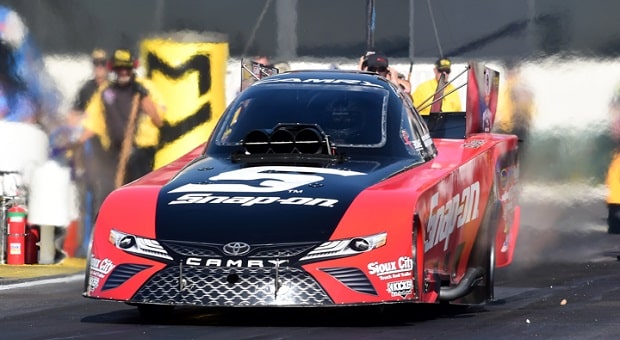 Cruz Pedregon likes to race his own way. He’s been part of a team with brother Tony, done pretty much every job himself, changed crew chiefs, changed car manufacturers… just about anything to be competitive in NHRA’s Mello Yello Funny Car category. Twice his abrupt changes have paid off, with Funny Car championships in 1992 and 2008 – about as far apart as two titles can get!

The 55-year-old gained notoriety for his wild wheelie at Las Vegas in 2017, when laid-back headers were in their prime and causing decimation of race car bodies, together with engine explosions on the track and wheelies both lengthy and destructive. Pedregon has 36 Funny Car wins but none in 2018, prompting the veteran to make wholesale adjustments to his team and, now, his choice of race car. 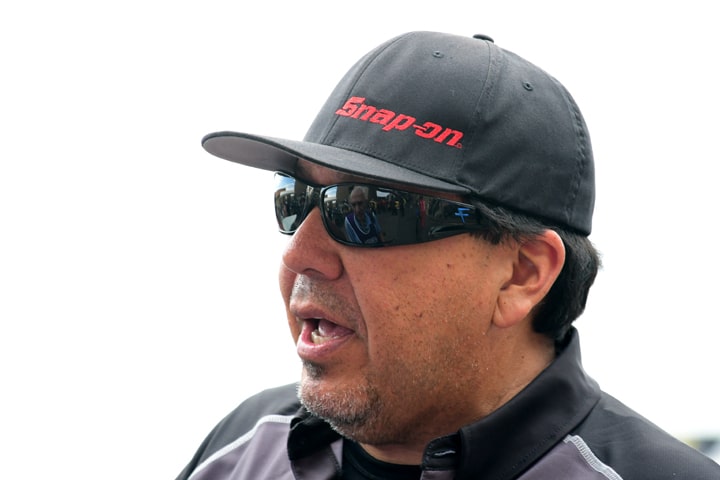 Pedregon has been racing a Toyota Camry the past few years, but has decided his Brownsburg shop will build Dodge Charger racers for him in 2019, as he vies for a third Funny Car championship in a very crowded and competitive field. The second-generation racer says he’s always been “a Dodge guy; I drive a Chrysler 300,” making his decision a more familial one.

Pedregon intends to tune the car himself and has hired crew members to make sure it is correctly constructed for every pass down the 1,000-foot dragstrip at each of NHRA’s 24 race weekends. He’s also set the goal of making the top five in every qualifying session and winning five races on the year as he bids for his third title. “Driving the race car and tuning it are easy,” he said. “Finding financing and the right people is much more difficult.”

Stating “I trust my instincts,” the 30-plus-year veteran is intent on making the tuning job work for him, something he’s done in the past. Aaron Brooks was Pedregon’s more recent crew chief; his team did not make the Countdown to the Championship NHRA playoffs in 2018. 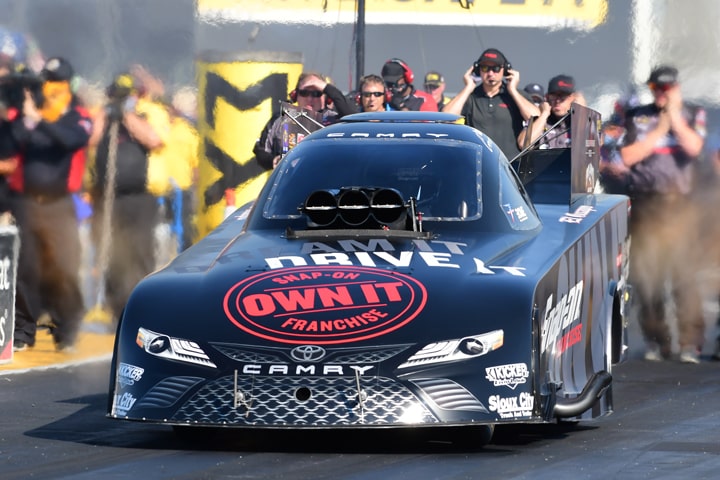