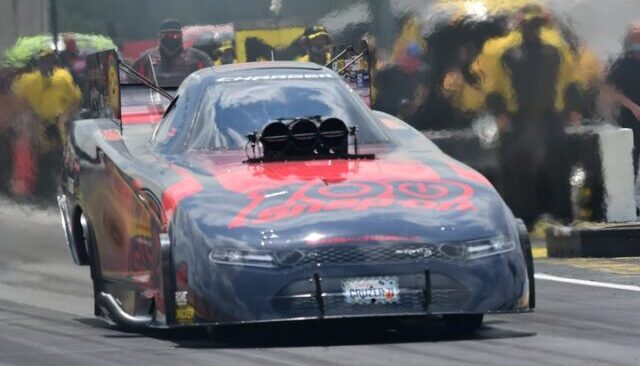 The break-up of Don Schumacher Racing’s “giving teams” that were funded by the late Terry Chandler and her widower Doug Chandler, has begun in earnest.

Although the two Funny Car squads were uniquely successful in the protracted 2020 season, Chandler ended the sponsorship of both second-finishing Tommy Johnson Jr., driver of the Dodge Charger SRT Hellcat that celebrated the MD Anderson Cancer Center and Jack Beckman’s third-finishing Charger SRT Hellcat, which has flown the colors of the Infinite Hero Foundation. 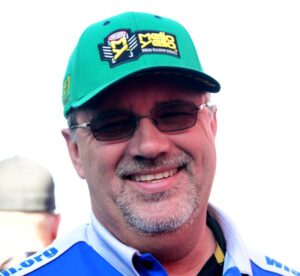 The entire team that prepared Johnson Jr.’s Hellcat has departed DSR and gone to the star-crossed Cruz Pedregon Racing, which recently lost co-crew chief Eric “Hopsing” Lane in an off-circuit accident that claimed his life. Crew chief John Collins, who has been with DSR for over 15 years and who has been turning the knobs for Johnson Jr since 2014, will take the entire team with him when he moves across Brownsburg’s Nitro Alley to Pedregon’s workshops.

Collins, whose ties to Tommy Johnson Jr. include the sharing of a hometown, Ottumwa, Iowa, has vast experience in the sport, including working with Cory McClenathan at Joe Gibbs Racing, with Johnson Jr. on Don Prudhomme’s Skoal Funny Car, wrenching Larry Dixon on Prudhomme’s Top Fuel dragster to the 2003 NHRA championship and serving as assistant crew chief on the NAPA Funny Car driven by Ron Capps and tuned by Rahn Tobler.

Pedregon is hopeful the change will bode well for his 2021 results, as the two-time champion finished tenth in this year’s title chase, won by DSR’s Matt Hagan; the four Don Schumacher Racing Dodge Charger SRT Hellcat floppers occupied the first four position in the season-long standings; Pedregon, who also drives a Dodge Charger in NHRA Funny Car competiton, is excited about the prospect of obtaining the services of Collins and his squad:

“To say that I”m thrilled about John Collins and his entire crew coming on board with our Snap-On Dodge would be the understatement of the year,” he said. “Their record speaks for itself and I’m going to do all I can as an owner and driver to provide them with every tool necessary to win.”

The California-born Pedregon aims to go for wins, as every racer does, and “let the chips fall where they may after that. With the new additions I feel we have all the pieces in place to attain those goals.” It will be important for Pedregon, who is an active, participating team owner to give his newly-constituted team the time to ascertain the tools at their disposal and work with them to the best of their ability.

Although Don Schumacher stated, before the season closed, that it was his hope to keep his four Funny Car teams up and running in 2021, Collins admitted that, for him, “It was time for a change. It will be a welcome change for us to have a single-car team we can focus on,” he said, even as he recognizes that there are both pluses and minuses to running solo in this sport. “Cruz and I have an agreement on how this team will be run and I’m looking forward to this new challenge.”

The 2021 NHRA Camping World Drag Racing Series intends to begin in March with the 52nd annual Gatornationals in Gainesville, Fla. That should give Collins and his crew sufficient time to gain their comfort zones in working with the Cruzer and make their moves to propel his effort forward.