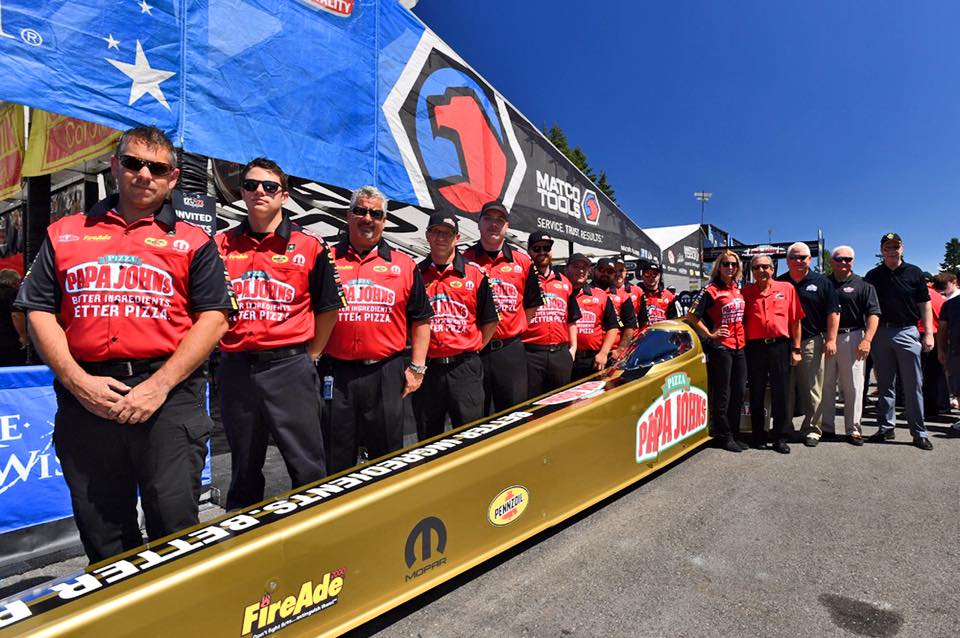 Top Fuel racer Leah Pritchett and her car owner, Don Schumacher, announced a two-race sponsorship from Papa John’s Pizza to cover the Seattle and Brainerd races on Friday before the first round of qualifying at the Protect the Harvest NHRA Northwest Nationals.

John Schnatter founded Papa John’s in 1984, taking a vacant broom closet in his father’s tavern and some used pizza equipment to begin one of the largest pizza franchises in the world with over 4,900 locations in 50 states and 40 countries and territories.

“I am excited to add another quality ingredient to our Papa John’s team with our sponsorship of Don Schumacher Racing and Leah Pritchett,” said ‘Papa John’s’ chairman and chief executive office Schnatter.  “Leah’s passion for racing is like my passion for pizza making, always looking for way to improve and get better.”

The sponsorship will cover this weekend’s race at the Pacific Raceways followed by the Lucas Oil Nationals in Brainerd in two weeks.

“This means so much to me, our team and the sport of NHRA drag racing,” said Pritchett.  “We are huge fans of Papa John’s Pizza and are confident it will help fuel us to victory.  My dream is one day to walk into a location and order a ‘Leah’s Nitro Pizza’ on the Papa John’s menu.  One requirement– it has to be spicy!” 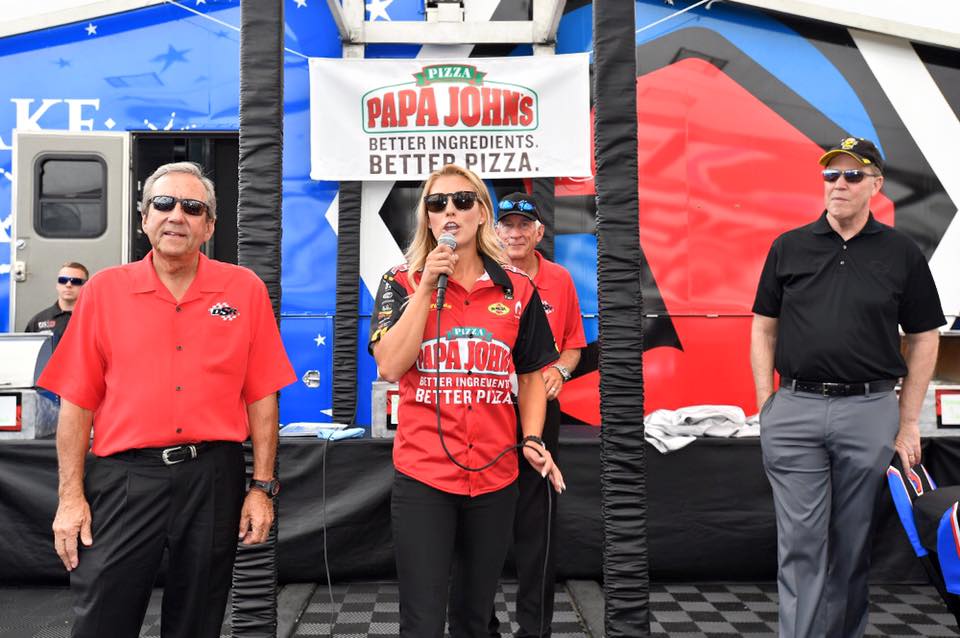 “Our partnership with John is very, very exciting for DSR and the entire sport of drag racing,” said Don Schumacher.  “We’re thrilled for Leah.  Papa John’s support for the next two races gets her closer to clinching a spot in the Countdown, which would have all eight of our teams running for the NHRA Championship.

FOX Network will air LIVE coverage of the Protect the Harvest NHRA Northwest Nationals on Sunday August 7, starting at 4 p.m. EDT.  Qualifying starts on Friday with coverage at 10 p.m. with the wrap up qualifying show starting at 2 a.m. on early Sunday Morning on FS1.