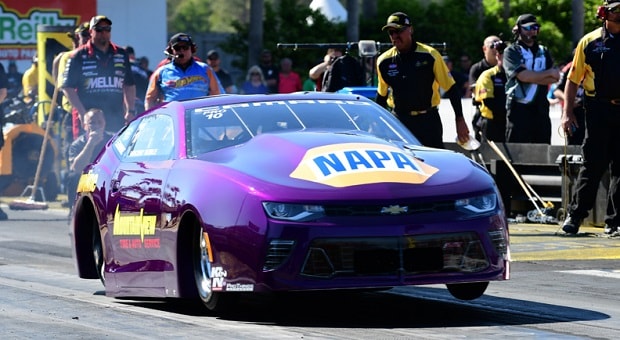 Although he didn’t race the final events of 2017, Pro Stock standout and former Auto Club Rod to the Future winner Vincent Nobile earned the tenth spot in NHRA’s Countdown to the Championship. His team stated the rationale for holding Nobile out of the five final races of last year’s competition was a notable lack of competitiveness.

It wasn’t Nobile or his father John, a former Pro Stock racer, who made that decision to forego the final five events; rather, it was team owner Nick Mitsos who gave Elite Motorsports an ultimatum to get the car competitive by Charlotte, first race in the 2017 six-event Countdown playoffs, or he’d pull the team. Mitsos sold the car back to Elite owner Richard Freeman, who ran the car through to the close of the year with crew chief Brian “Lump” Self in the driver’s seat.

Nobile is ready for the extra challenge this weekend, especially with the knowledge that fans voted him the final combatant in the K&N Horsepower Challenge for Pro Stock racers, beating out worthy competitors like Phoenix winner Chris McGaha, Laughlin, Deric Kramer, Matt Hartford, part-timers Shane and Johnny Gray, Self and many more for that coveted spot. This Saturday race-within-a-race K&N Horsepower Challenge is the first contested in a four-wide format; it traditionally occurs at Las Vegas. 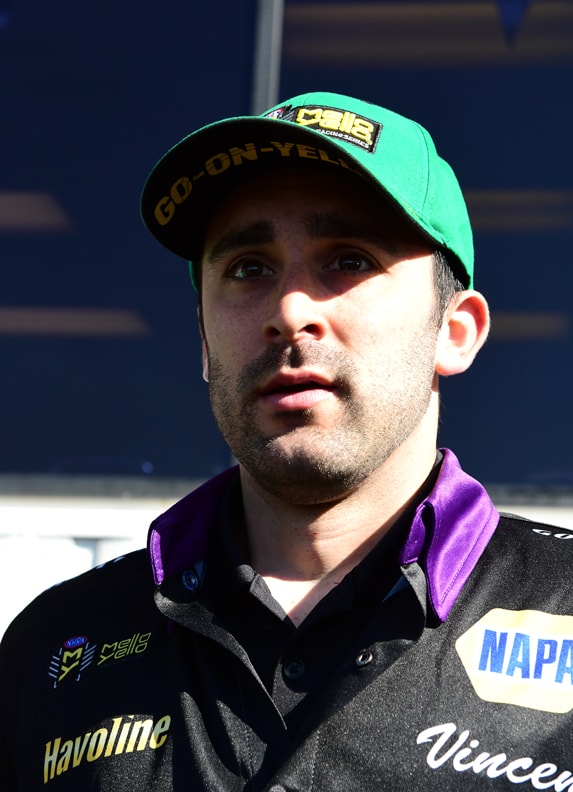 The K&N Horsepower Challenge within the DENSO Spark Plugs NHRA Nationals makes for an intriguing contest for Nobile, as the weekend marks the first four-wide race at this venue; it’s just one of two four-across events for NHRA’s professional categories. The tour goes to Houston before heading to zMax Dragway next to Charlotte Motor Speedway in late April for the second four-wide event; zMax was first to construct two added lanes to their drag strip. Both Charlotte and Las Vegas are owned by Speedway Motorsports.

Nobile thanked his many supporters, his fans and, of course, his family for the opportunity to compete for the K&N prize. “Wow, I can’t thank my family, friends and fans enough. Too cool, thanks to everyone who took the time to vote and for all the support.” The K&N race winner earns $50,000 with the runner-up gaining $10,000. Two semifinals take home $3,000 and the four first-round finishers each earn $2,500.

Vincent Nobile, one of the young guns in Pro Stock competition, is hoping to add to his 10 career national event wins in 21 final rounds. The 26-year-old has been very fast so far this year and took the No. 1 qualifier at Pomona in February; he’s ready to hit the Winner’s Circle not once, but twice in Las Vegas, and take home an extra $25,000 bonus for the weekend.