It was definitely a sad day for worldwide lovers of the sport of MotoGP motorcycle racing when, in 2017, American champion Nicky Hayden passed away from injuries sustained in a training accident.

From his start as a MotoGP racer in 2003, when Hayden took his first podium as a rookie (earning Rookie of the Year and finishing the season in fifth place) to winning his first Grand Prix in 2005, the “Kentucky Kid” captured the hearts of racing fans worldwide with his immense riding talents and humble fan appreciation.

To honor Hayden, the sport has elected to retire Hayden’s No. 69 from competition. The 2006 MotoGP champion and acknowledged Legend of the Sport will have his number retired during the Red Bull Grand Prix of the Americas at Circuit of the Americas (COTA) in Austin, Texas the weekend of April 12-14, 2019.

“I’m proud to announce that the number 69 will be retired from Grand Prix racing,” said Carmelo Ezpeleta, CEO of Dorna Sports, MotoGP commercial and TV rights holder. “Nicky Hayden was one of the biggest assets to this paddock and a fantastic example as a rider both on track and off. It gives me great pleasure to honor his legacy once again and ensure the number 69 remains synonymous with a legend and a champion.” 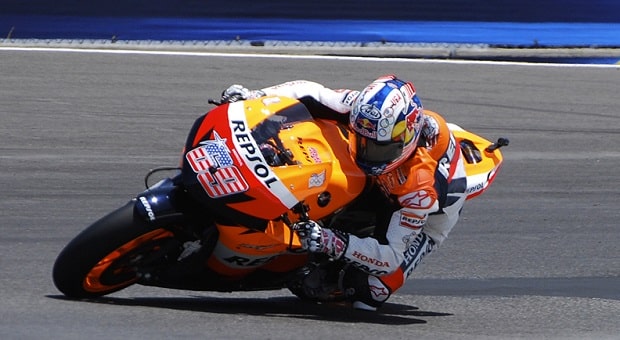 Hayden captured the hardscrabble spirit of MotoGP racing in his championship season when he secured his sole title in the final race of the 2006 campaign. Together with his riding brothers, Nicky Hayden rose through the sport from his humble dirt track beginnings, taking a unique blend of work ethic, humility and, of course, true talent from his start in regional US-based competition to the MotoGP world stage, putting his name to a great number of achievements both within racing and beyond.

Hayden was named a MotoGP legend with his retirement at the close of the 2015 season. “What a great honor it will be for Nicky’s #69 to be retired at Austin,” Hayden’s father Earl said. “It is very fitting that it will be done at the U.S. race, as these races meant so much to Nicky and he looked forward to them so much every year.

“For myself in particular, this will be a very special event, because the #69 was my number when I raced and I was very proud got see Nicky run the #69 on his bikes for his entire career,” Earl Hayden continued. “On behalf of my entire family, I would like to say a special thanks to Dorna for honoring Nicky in this special way, along with the many other gestures they have done to support us throughout the difficult times.”

Nicky Hayden passed away on May 22, 2017, five days after being struck by a car while riding his bicycle in Italy, suffering a traumatic brain injury from that accident. A year after he succumbed to those injuries, he was posthumously inducted into the AMA Motorcycle Hall of Fame. In 218 MotoGP races, Hayden compiled three victories, 28 podium results and earned five pole positions during his exemplary MotoGP career.