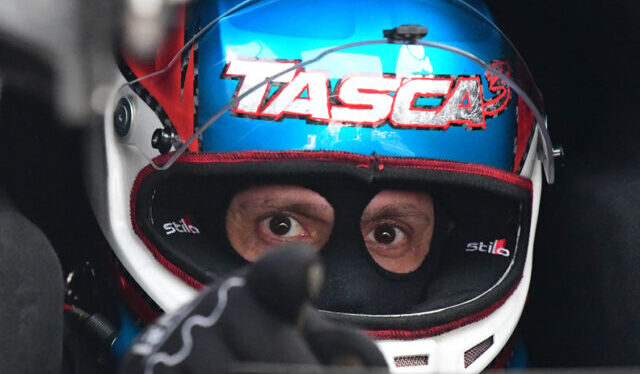 This weekend, July 16-18, begins NHRA’s truly difficult Western Swing, a succession of three races in a row that will help determine who’s really got the goods in this year’s championship standings. With Pro Stock cars sitting out the weekend’s 41st annual Dodge//SRT Mile-High Nationals presented by Pennzoil at Bandimere Speedway, the E3 Pro Mod gang will take up the slack and keep the always-excitable venue crowds entranced throughout the three-day competition. Factory Stock Showdown is also on the docket this week. This race marks the 32nd instance that Dodge and Mopar are the title sponsors for the race.

The 13-car Top Fuel entry list might look meager to some but marks the first time Pro Stock and Pro Mod competitor Alex Laughlin takes to the track in a nitro-enhanced dragster. Just licensed for the nitro-burning dragster class within the past week in a Scott Palmer-prepped dragster, Laughlin has been giddy about running this race, held at the base of the Rocky Mountains adjacent to Red Rocks in Morrison, Colorado. Laughlin normally races for Elite Motorsports in both Pro Stock and Pro Mod; this weekend there’s no double-duty for the two-time Pro Stock winner, as Top Fuel is his sole emphasis for the Mile-High Nationals. 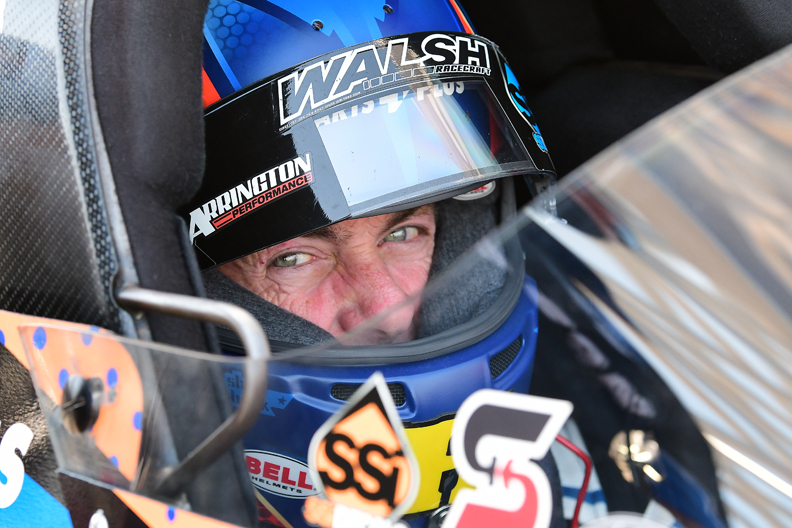 Even Billy Torrence (Capco Racing) is taking a hiatus in Denver, although son Steve will be trying to stretch his regular-season points tally over Don Schumacher Racing’s Antron Brown in second, 215 points behind. Brown will attempt his second Western Swing sweep – the first was in 2009 – with a win this weekend. Third-placed Billy’s absence gives Brittany Force (John Force Racing) an opportunity to leapfrog him in the standings as she’s just six points in arrears of the champion’s father, while Shawn Langdon (Kalitta Motorsports) is fifth, 348 points back. Clay Millican returns to action this week after ceding his seat to Austin Prock at Norwalk three weeks ago due to illness.

Brown pretty much spoke for everyone anticipating the three rounds of qualifying (one Friday night, two late in the day on Saturday), as well as four rounds of Sunday eliminations, when he said: “The mile-high altitude doesn’t just kick our car’s butt in terms of horsepower, but it kicks all of our butts: me, the crew guys, the crew chiefs… it just wears us all out. If you come out of Denver with a win, you know you have done something really special. If you can finish your weekend on top of the mountain, you’ve conquered Denver without it conquering you!”

The Top Fuel standings should change a bunch after this race, as neither sixth-placed Justin Ashley nor 10th-placed Josh Hart are making the trip to Denver. Their absences present opportunities for Doug Kalitta, Leah Pruett and Mike Salinas to leapfrog a racer or two as all are on the Bandimere entry list. Look for part-timers Buddy Hull of Frisco, TX, Joey Haas from Pleasant View, TN and Glendale, AZ’s Greg Carrillo to make their own fireworks in the Denver-adjacent rare air.

It isn’t terribly often that a reigning champion hasn’t punched a win ticket after seven of 22 races on the NHRA calendar, but that’s the situation with Funny Car titleholder Matt Hagan, who drives a Dodge Charger SRT Hellcat for Don Schumacher Racing. Last year was an anomaly, of course, as the Funny Car set operated without John Force Racing’s 16-time champ John Force and four-time then-reigning titleholder Robert Hight after the pre-pandemic races. Both are back this year, but everyone is chasing a consistent – and winning – Bob Tasca III, whose Ford Motorcraft/Quick Lane Ford Mustang holds a 53-point advantage on John Force’s PEAK Chevrolet Camaro.

This weekend’s 14-car Funny Car field has five drivers that haven’t won in this category (Jack Wyatt in a Dodge, Paul Lee’s Charger, Terry Haddock’s Mustang, Chris King’s Toyota Camry and Jim Campbell’s Jim Dunn-prepped Charger), but the balance of the field remembers what it’s like to hold a Wally trophy and, in some cases, a champion’s large keepsake. This weekend, 2016 Funny Car champ Ron Capps of Don Schumacher Racing will debut a new Dodge SRT Hellcat racecar and he’s excited about the prospect of making up some points. Capps is currently in fifth place in the standings, 32 behind Robert Hight. He, too is looking for his first win of the year in Denver.

The man with momentum in Funny Car is the most recent winner, Cruz Pedregon, who has the talented John Collins turning the knobs for his Charger. Pedregon is seventh in the title chase, 19 points behind Hagan. Another driver on the upswing is Alexis DeJoria in eighth, whose Camry is 18 points behind Pedregon. Tim Wilkerson, who had a difficult Norwalk run in his Mustang and Terry Haddock’s Mustang currently own the last spots in the top 10.

There’s only one Pro Stock class on Bandimere Mountain this weekend, and that’s Pro Stock Motorcycle, which is contesting all three of the Western Swing races, here, in Sonoma and at Pomona, where the class usually sits out the first race of the year. Of course, this year is different from most others in motorsport, and the motorcycles get to play for a Western Swing sweep in 2021. Even the motorcycle class is under-subscribed for this race, most likely due to the degree of difficulty in the Denver altitude.

This race, as usual, will be Buell vs Suzuki affair, with seven Buell/EBR motorcycles on the entry list and the balance either 2- or 4-valve Suzuki bikes. At this moment, the top rider in class is Buell rider and Matt Smith Racing owner Matt Smith, who has a 93-point advantage on veteran Steve Johnson’s four-valve Suzuki. Smith’s teammate Scotty Pollacheck is third (-151), followed by Ryan Oehler (-154), both riding EBR/Buell motorcycles. All of these four riders have earned Wally trophies this season, unlike Vance & Hines’ Angelle Sampey, in fifth with her four-valve Suzuki, 235 points behind Matt Smith. 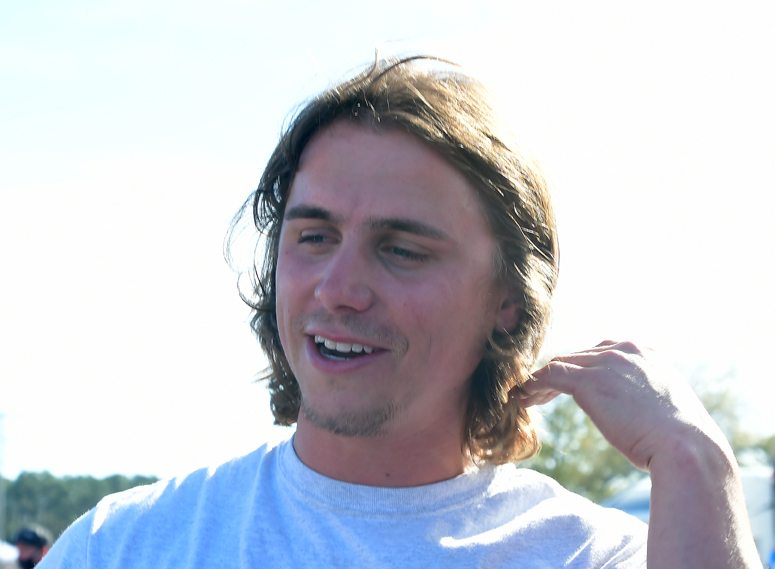 Current sixth-place points holder Joey Gladstone made the trip to Denver on his four-valve V&H-built Suzuki, along with team owner Cory Reed, who’s in ninth place in the standings. Fans will have both Jerry Savoie (4-valve Suzuki) and Karen Stoffer (2-valve Suzuki) to cheer on, along with Angie Smith’s EBR. Angie holds seventh place points ahead of Karen, while Eddie Krawiec, along with teammate and six-time champ Andrew Hines, began their V&H-built Buell campaigns after the start of the 2021 regular season. Eddie holds 10th place points and Andrew is 11th; both should move up at a favorite venue.

Hines, in particular, is ripe for his first victory of the year and his sixth career win at this track. “It’s such a unique place and cool facility with it being cut out of the side of a mountain,” 56-time Pro Stock Motorcycle winner Hines said. “There’s a long list of what we do to get ready for this race and we try to do things differently from everyone else. It’s such an anomaly race, but we try to not get through it, but to conquer it!” Semi-regulars David Barron (Buell), Jim Underdahl (Suzuki) and Jianna Salinas (Suzuki) are joining the full-timers this weekend.

Steve Torrence, Tommy Johnson Jr. and Hines were the winners at Bandimere Speedway in 2019; the race wasn’t held in 2020, due to the COVID-19 pandemic. In addition to Pro Mod and Factory Stock Showdown, sportsman classes competing this weekend are Comp Eliminator, Super Stock Stock Eliminator, Super Comp, Super Gas, Super Street, Top Sportsman and Top Dragster. The action begins late Friday afternoon, with Camping World qualifying starting at 8PM. Saturday qualifying sessions start at 4:45 and again at 8PM, with Sunday eliminations beginning at 11am. Eliminations will be shown on FS1 starting at 4PM ET.

About Anne Proffit 983 Articles
Anne Proffit traces her love of racing - in particular drag racing - to her childhood days in Philadelphia, where Atco Dragway, Englishtown and Maple Grove Raceway were destinations just made for her. As a diversion, she was the first editor of IMSA’s Arrow newsletter, and now writes about and photographs sports cars, Indy cars, Formula 1, MotoGP, NASCAR, Formula Drift, Red Bull Global Rallycross - in addition to her first love of NHRA drag racing. A specialty is a particular admiration for the people that build and tune drag racing engines.