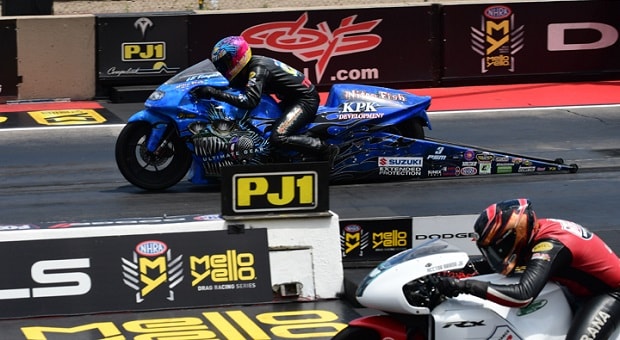 The second race in NHRA’s tough Western Swing, the Toyota Sonoma Nationals includes the Pro Stock Bike Battle, which rewards one of eight riders with a $25,000 winner’s bonus. The eight riders eligible to compete include reigning world champion Eddie Krawiec, who secured the top spot in this special event. He’ll put his Harley-Davidson Screamin’ Eagle bike against Angie Smith and her Buell, the first-time No. 8 qualifier for this race.

WAR Racing Suzuki rider LE Tonglet, who won this competition and the race at Sonoma last year, lines up No. 2 and will compete against last week’s winner at Denver, Hector Arana Jr. on his Buell. Krawiec’s teammate, 2016 Pro Bike Battle winner Andrew Hines, lines up against Matt Smith’s Victory, while Suzuki riders Jerry Savoie and Scotty Pollacheck are the final two entrants for this year’s Pro Bike Battle. 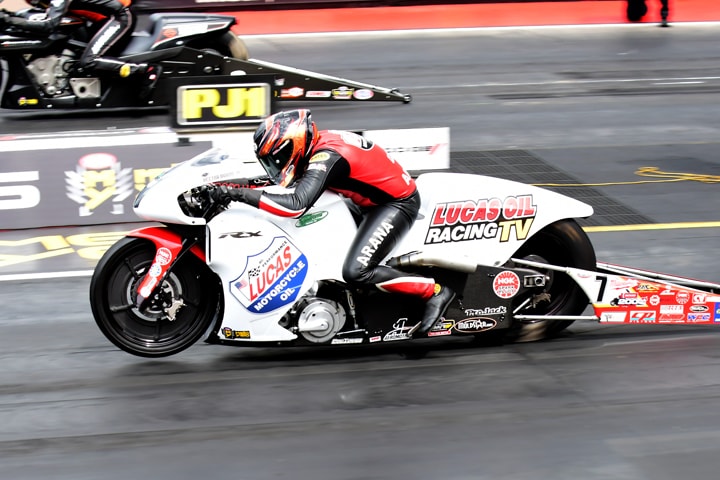 Tonglet is hoping to “double up” as he did in 2017, even against the tough riders eligible for this race. Arana Jr. in particular will be a hard barrier to eclipse, as the second-generation rider knows his motorcycle is “running great, and we’ve got a great setup when we come back to sea level,” Arana said.

Tonglet’s ready for the challenge: “It gives you a little extra confidence when you have had good success last year; we’re definitely confident going back down to sea level with our bike. We seem to run well at Sonoma every year.”

This blockbuster pairing will get plenty of competition from the other three duos eligible to compete for the winner’s $25,000. All three rounds of the Mickey Thompson Tires Pro Bike Battle on Sonoma’s near-sea-level dragstrip take place on Saturday, normally reserved for the second day of qualifying. The first round is set for 1PM, while semifinals follow at 4:15PM. The final round is slated for 5:30PM. 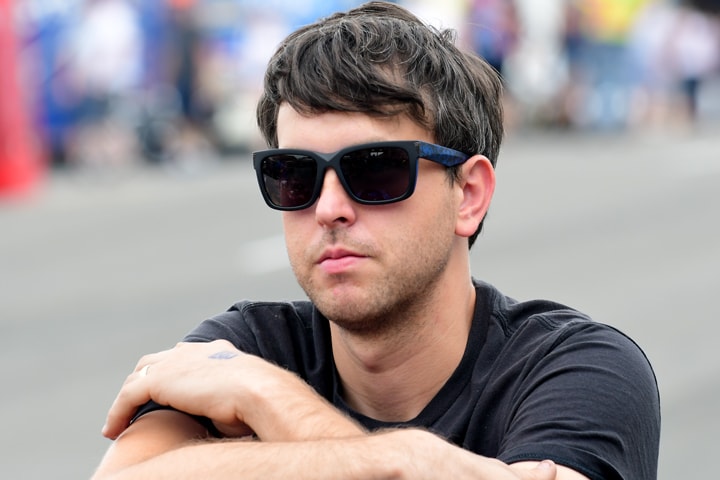 Tonglet, the 2010 rookie NHRA Pro Stock Motorcycle champion, believes a raceday mindset is necessary to compete in the Pro Bike Battle. “It’s basically just staying calm and trying to make the perfect run three more times on Saturday,” he said. “You have to be perfect. That’s the only way you can double up (winning both the Pro Bike Battle and Sunday’s eliminations). You have to go up there like it’s raceday, and hopefully we can put ourselves in position to do it again.”