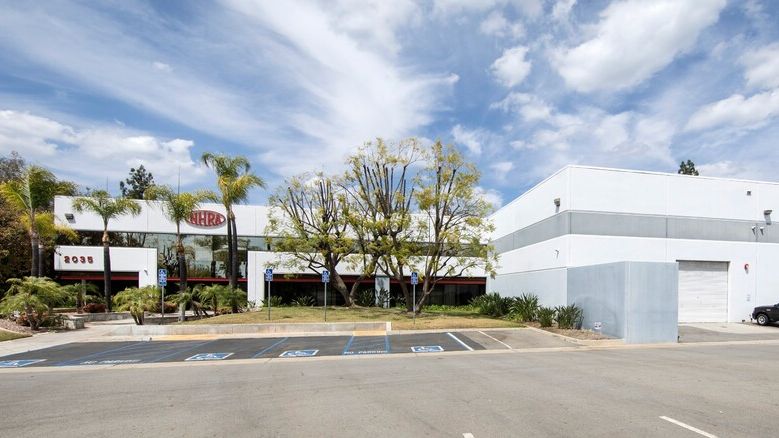 The NHRA office in Glendora, CA is up for sale as the organization looks to expand it’s reach beyond Southern California.

When NHRA built its Glendora, CA headquarters in 1985, it envisioned an iconic venue for executives and visitors to enjoy their surroundings even as they worked to bring the NHRA’s future to one of great fortune. Set in an idyllic area with lush greenery just minutes from Auto Club Raceway at Pomona, customary site of each Camping World Drag Racing Series season starter and closer, 2035 East Financial Way has been NHRA’s corporate home ever since it was constructed.

Now the 28,335-square-foot building and its surrounding 1.65 acres are part of a very hot Southern California real estate market, offered as an owner/user or investment opportunity, as NHRA looks to move into a smaller So Cal location – or retain part of the location – and expand its reach in the midwest, which is where the majority of its clientele is located.

The two-story building, with 81 dedicated parking spaces and two ground-level roll-up doors that accommodate NHRA’s larger tractor-trailers, the L-shaped building is a rare stand-alone flex construction with northern views of the San Gabriel mountains and nearby Glendora Country Club. It offers 400 amps of power and about 5,000 square feet of warehouse space with between 12 and 24 feet of clear height.

NHRA made the decision to put Financial Way on the market about a week ago and AutoWeek initially covered the story. They said NHRA didn’t need all this space, as it has transferred many of its personnel to the grounds of Lucas Oil Raceway in Brownsburg, outside Indianapolis, where NHRA holds its most treasured event, the U.S. Nationals each Labor Day. AutoWeek quoted NHRA’s vice president of marketing communications, Jeffrey Young, who stated the company does not intend to bring its entire staff to the Indianapolis area. It believes a smaller headquarters in Glendora complements its Indianapolis office space, he said.

Most of the day-to-day movement in NHRA is conducted through the Indianapolis office, which is a stone’s throw from most of the nitro-powered teams that operate within the Camping World umbrella. There have been tax benefits to having an enlarged office in the town of Brownsburg, which has welcomed the group’s executives, as it has welcomed the multitude of race teams that make their home in the burg.

Tax records show the property is assessed slightly higher than $4 million; the commercial real estate market in California isn’t quite as volatile and busy as the residential market, but sales in the commercial sector aren’t flat. Since the listing is so new, and since a listing price has not been revealed, it hasn’t gained traction at this point. It will be interesting to see how much attention this listing of NHRA’s prime property generates. A while back, we noted it was time for NHRA to jettison its Glendora property. Was somebody actually listening?