It’s been three weeks since the NHRA’s Camping World Drag Racing Series has been in action and it’s been since Houston’s last stand that we’ve seen Pro Stock cars on the drag strips. That changes this weekend, with three of four categories in play for the New England NHRA Nationals at Epping, New Hampshire. 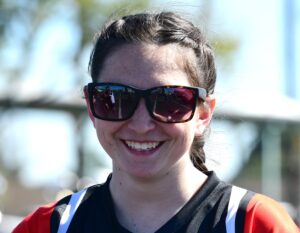 Thus far it’s been an interesting season: Top Fuel’s four-time, reigning champ Steve Torrence is winless, 16-time Funny Car champ John Force isn’t, new entry Tony Stewart Racing has visited the Winner’s Circle with Matt Hagan’s Dodge Funny Car twice before even eight races have been contested, new team owner and reigning Flopper titleholder Ron Capps has changed body identification from Dodge to Toyota and still managed to win while saying adios to the manufacturer that dumped him, and rookie Pro Stock competitor Camrie Caruso has managed to earn her first No. 1 qualifier and go to a race’s final round.

That’s enough intrigue for most series to encounter on a yearly basis, but in NHRA, it’s just more of the same when you’re talking about what’s going on both trackside and in sponsor and team boardrooms. In its three-week hiatus, NHRA teams have managed to find more interested partners, such as Caruso’s addition of Sand Haulers of America for this race and at Bristol after an initial partnership in Houston, Clean Harbors’ added push with Kalitta Motorsports’ Top Fuel rails of Doug Kalitta and Shawn Langdon, and Justin Ashley Racing’s addition of Velociti, sponsor Phillips Connect’s technology deployment expert.

This weekend’s event will be contested without Pro Stock Motorcycle and will consist of three qualifying opportunities, one at 6:30PM ET on Friday and the others Saturday at 1:30PM and 4:30PM. Eliminations begin Sunday morning at 11AM. Occasional rain showers are expected for Friday, with cool temps in the high 50s, followed by mostly sunny and partly cloudy conditions for the balance of the weekend, with temps getting into the mid-70s both days. Wind could be a factor on Saturday afternoon, if these predictions hold true. 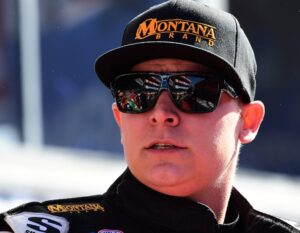 Top Fuel currently belongs to 2017 champion and 2022 double race-winner Brittany Force of John Force Racing, who holds an 81-point lead over Steve Torrence, while Scrappers Racing’s Mike Salinas is 84 points back and Ashley is 137 points behind her in fourth place. Austin Prock, who worked as a crewman for John Force Racing last year before getting back in the driver’s seat, is in fifth place, 238 points behind his teammate. Clay Millican, Josh Hart, Doug Kalitta, 2018 semifinalist Tony Schumacher and Shawn Langdon comprise the top 10 with Antron Brown 11th and just seven points behind Langdon.

There are only 15 cars entered in Top Fuel and defending 2021 dragster champion Billy Torrence isn’t heading north for this event from his Texas home, which allows everyone else an opportunity to move up the ladder. In addition to the drivers already named, look for Joe Morrison’s Hadman, Dan Mercier’s McKinney, Cameron Ferre in Paton’s dragster, Leah Pruett of Tony Stewart Racing and Scott Farley in a McKinney chassis this weekend, running for Totten Racing. Hart, who surprised everyone except himself with an exceptional rookie season, has been learning a new car the first part of the season but believes he’s in the right place for a good result in New England. 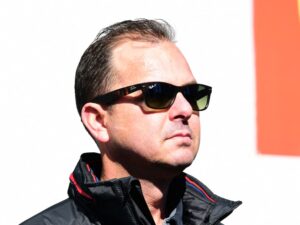 This could be the weekend when Torrence finds his groove again, as he attempts to be only the fourth driver in NHRA professional history to win as many as five consecutive series titles. With his winless streak over a span of seven races – for the first time since 2016 – Torrence, 39, still isn’t concerned any his slump. “What these Capco Boys have been able to do the last five years is amazing,” Torrence emphasized. With 43 wins in 102 starts from 2017-2021, “There’s no way, with this kind of competition, we were gonna be able to keep up that pace.”

There’s an even slimmer field for Funny Car at Epping, with 14 floppers on the entry list. It includes everyone in the Top 10, of course, because with 22 races on tap, it’s important to gain points at each and every one of them. Matt Hagan’s Dodge Power Brokers Charger SRT Hellcat from Tony Stewart Racing leads all comers with 673 points, but Robert Hight of John Force Racing has only 15 points to make up in his Chevrolet Camaro SS after winning in Richmond. Reigning titleholder Ron Capps is third (-112) with his NAPA Auto Parts Toyota GR Supra, while the defending race winner from last year, John Force is still gushing over his Charlotte Four-Wide victory last month, and is sitting fourth (-226) with Cruz Pedregon in fifth.

Hagan remarked on his success this year, which comes with a new team but with the same personnel that have helped the Virginian to three Funny Car titles. “This is probably the most success I’ve had in my career to start off the season,” he said. “I’m very blessed and thankful for that. We’re going to keep our momentum going because the car is running good and Dickie (Venables, crew chief) has shown that we can win on a hot racetrack and a cool racetrack this season. The guys are doing a great job.”

Leave it to Pro Stock to submit an over-full entry list, albeit with 17 cars on the grounds. After earning his fifth door-slammer title last season, Greg Anderson is having a bit of a fallow year in 2022, but his KB Racing teammates are filling in the blanks. Still, it was Aaron Stanfield in an Elite Motorsports Camaro who took the Pro Stock title last year at this track and he’s going to try to move up from his current second place in the standings this weekend; he’s 82 behind his Elite Motorsports teammate, four-time champ and current points leader Erica Enders. KB Racing’s Kyle Koretsky (-126), Dallas Glenn (-166) and Anderson (-180) complete the top five in the current points race.

Behind them come the Camaro race cars of Mason McGaha, Caruso, Bo Butner, Troy Coughlin Jr. and returnee Rodger Brogdon, the latter 251 points behind Enders. They are all on the entry list – except for Brogdon – together with Chris McGaha, Matt Hartford, Deric Kramer, the Dodge Dart of Alan Prusiensky, Kenny Delco’s Camaro and the three Cuadra Racing Ford Mustang entries for Fernando Cuadra, his sons Fernando Jr and Cristian Cuadra. All of these drivers but Prusiensky are less than 400 points behind the leader and could readily shake up the standings this weekend.

Caruso, who is in her first season of Pro Stock Camping World competition, has extensive experience at the Epping track. “I’ve raced at Epping quite a bit in Super Comp and I’m super excited to be headed there in a pro category,” the rookie said. “It’s such a cool track and it’s going to be a lot of fun to go back there. We’re out there to prove we’re going to keep running up front, and we’re going to continue to be a strong competitor. I think we’re headed in the right direction.”