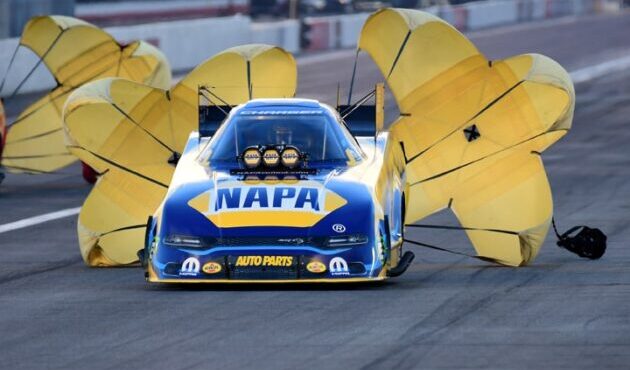 Rahn Tobler has been contemplating retirement for a while. After all he’s spent nearly 50 years working in the sport of drag racing. The Californian initially intended to make his departure from duties as crew chief for Don Schumacher Racing’s NAPA Dodge Charger SRT Hellcat NHRA Funny Car at the close of the 2021 season, about the time driver Ron Capps’ sponsor would be renegotiating its three-year pact with DSR.

That trajectory has changed and Tobler, 66, announced his departure from DSR and the NAPA team he’s led since 2012, effective the end of January 2021, well before the beginning of NHRA’s Camping World Drag Racing Series season in March at Gainesville. “It’s been a very storied career,” Tobler said in announcing his retirement. “I never thought, when I started in 1971 with Dick Venables, working with a local Top Fuel team in Houston, Texas, that I’d still be doing this almost 50 years later! 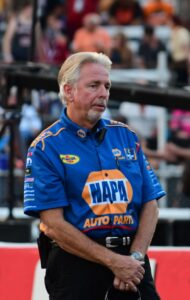 “I’m very fortunate to have worked with so many successful team owners and wonderful people. I think back on Shirley (Muldowney) and the success we’ve had, my time with the Kalitta’s, and Cruz (Pedregon), but I’d have to say, the best part of my career has been these last 10 years at DSR.” Since bonding in the spring of 2012, Tobler and Capps have captured 33 NHRA National event Wally winner’s Funny Car trophies, Capps’ milestone 60th nitro triumph and the 2016 NHRA Funny Car championship, one that had eluded the driver until that time.

Prior to joining Schumacher’s team, Tobler earned Top Fuel championships in 1980 and 1982 with Muldowney, as well as the 2008 Funny Car title with Pedregon. In total, he has amassed 70 NHRA national event wins and four championships. “Don Schumacher has given me so many unbelievable opportunities to be successful and Ron (Capps) and I had an incredible run. To win 33 races over what was almost nine seasons, and winning the championship in 2016, I’m just so proud of what we were able to accomplish – what a way to go out!

“But, winning aside,” Tobler revealed, “what I’ve enjoyed the most and also what I’ll miss the most is the people. I’ve made so many great friends along the way, but I’m especially going to miss my crew guys. They’ve become family. We would do things away from the track together, fun things on the road and back at home. I got to know their families. Without a crew, a crew chief is nothing. If you don’t have that strong group behind you, you won’t be successful.”

In all forms of racing, keeping a crew together and content is part and parcel of the crew chief’s mantra for success. There’s been very little turnover in the NAPA team since Tobler arrived and their pits are one of the most welcoming in NHRA’s vast pit area. “I’m very fortunate to have worked in an industry that I’ve enjoyed every single day, but now I’m looking forward to this next chapter in my life.” 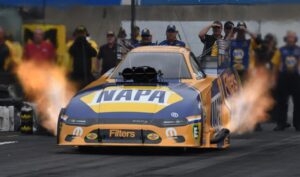 As they originally intended, Tobler and his wife Ellen will be moving to Huntington Beach, Calif. “That’s been our plan all along. She’s a Southern California girl, and when we first got together, I promised her we’d go back to Huntington Beach when it was time to retire. Let’s be honest,” he said, “it’s not a bad place to retire.”

During his career as crew chief, Tobler has shepherded the careers of tuners looking to move up the ranks. He’s had a veritable star collection of assistants that have gone on to crew chief his competition in Funny Car, including his first boss’ son Dickie Venables, who in 2020 helped DSR’s Matt Hagan achieve his third Funny Car title. John Collins, last year with Tommy Johnson Jr., has moved to Cruz Pedregon’s team for 2021, and the late Eric Lane was one of Tobler’s proteges, as well. It’s unknown if current assistant Dustin Heim, who has worked with Tobler since his days at Pedregon’s team, will take over the NAPA car, as Don Schumacher has yet to make that decision.

For his part, Capps is “heartbroken that our time racing together has come to an end. We’ve had such a great amount of fun, and became such great friends away from the race track. In the eight-plus years, the amount of races we’ve won, and great moments we’ve spent together is just really incredible,” Capps said. “We set the national record within a first few races together (Englishtown 2012), won the championship in 2016, and then to run that 339-mph pass in Reading in 2019 was awesome. There have just been so many great moments.

“Very happy that Rahn will be able to go off and enjoy his retirement and spend time with his lovely wife Ellen. He deserves it. He’s been involved in the sport of drag racing since his teenage years,” Capps reminded, “so this chapter closes and a new one opens for him.”