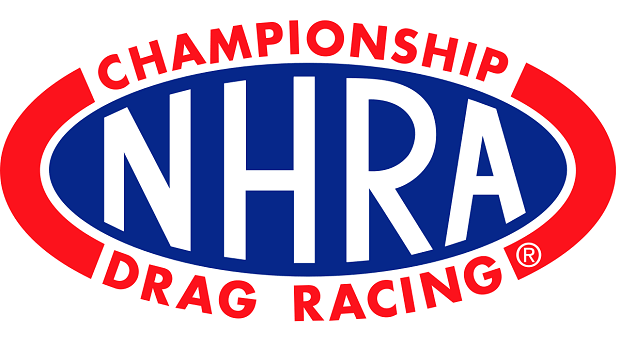 From the final weekend of February until this second weekend of July, the NHRA’s Mello Yello Drag Racing Series has been silent. No burnouts, no staging, no magical whiffs of nitromethane to cleanse the air. It’s been eerie, to say the least.

Now, NHRA is returning to action – with some fan attendance – at Lucas Oil Raceway outside Indianapolis. There are two races scheduled on two weekends, with the full complement of Top Fuel, Funny Car, Pro Stock and the start of the Pro Stock Motorcycle season on tap for the E3 Spark Plugs NHRA Nationals July 13-14.

It’ll be very different from the first two races. For one, none of the four John Force Racing Top Fuel and Funny Car teams are on the entry list, which closed on July 6th. NHRA has been known to accept late entries, but it sure looks like 16-time Funny Car champ John Force, three-time and reigning Flopper champ Robert Hight, 2017 Top Fuel champ and reigning speed/E.T. record-holder Brittany Force, together with 2019 Auto Club Road to the Future rookie champ Austin Prock won’t be on-site.

The team hasn’t given NHRA or its fans a rationale for their absence – yet – but there is plenty of conjecture circling their offices, just two miles away from the track. John Force has acknowledged his use of a “rainy day fund” to keep the four teams working during the novel coronavirus pandemic. The legend hasn’t stated much about plans for the team, run by team president Hight. Was the loss of springtime race dates too much for financial partners like PEAK, Chevrolet, Auto Club, Montana, Monster et al to accommodate the balance of the season?

Neither Force nor Hight has had anything to say. Until they do it’s all conjecture, and conjecture isn’t news.

To make up for their loss – which is a big one – expect four Top Fuel cars from Don Schumacher Racing. Antron Brown, along with Leah Pruett, the returning Tony Schumacher and Cory McClenathan will bring dragsters to these two races. The four-car Funny Car DSR team is intact with last year’s runner-up Jack Beckman, Ron Capps, Matt Hagan and Tommy Johnson Jr. at the helms of their Dodge Charger SRT Hellcat Funny Cars.

18 Top Fuel cars are entered, with them CAPCO boys, reigning two-time champ Steve Torrence and his father Billy leading the fray. Kalitta Motorsports’ duo of Doug Kalitta and Shawn Langdon are back in action as well, along with Terry McMillan, whose crew chief Rob Wendland said he spent a good deal of this lock-up time re-imagining the shop and taking care of issues they never have the opportunity to handle during a busy, 24-race season that has little off-track time.

Clay Millican is back with the Parts Plus dragster, while Chicago local T.J. Zizzo returns to Indy as he looks to take on the top guns once again. Second-year driver Justin Ashley is back in the driver’s seat, as is Doug Foley, along with Terry Totten, Luigi Novelli, Kyle Wurtzel, Pat Dakin and Lex Joon.

There are also 18 Funny Cars entered, but of course with Hight on the sidelines, the No. 1 car won’t be on-site. And Bob Tasca III, who earned back-to-back victories last summer at Bristol and Norwalk, has tested positive for Covid-19 and is standing down to keep himself and his team, not to mention his competitors, safe and well in this difficult time.

Tasca assigned Jonnie Lindberg as his wheelman this weekend in the Motorcraft/Quick Lane Racing Ford Mustang, a great opportunity for the 30-year-old, two-time Top Alcohol Funny Car champion who had been with Jim Head Racing in 2019. There are also two Wilkerson race cars on the premises, with last year’s 10th-place Funny Car driver Tim Wilkerson driving the Levi Ray & Shoup Ford Mustang and son Daniel in a Summit Racing Mustang.

After being away from racing for a couple of years, Alexis DeJoria returned in February but has had to wait all these months to really get her season started in her Toyota Camry. Altogether it’s a strong Funny Car field, but both Force and Hight will certainly be missed, as much for their fan interaction as for their competitive natures.

This marks the third race for Pro Stock cars, who will not be at Lucas Oil Raceway next weekend. Neither will Pro Stock Motorcycle be on the grid next week – this is the two-wheel set’s first race of the year.

Pro Stock has a healthy 22-car entry with mostly familiar but a few new entries, the vast majority racing a Chevrolet Camaro. It’s nice to see this class being populated by a bunch of younger racers as generations change. Reigning and three-time champion Erica Enders is on the grid, as is Jeg Coughlin Jr., who announced the 2020 season will be his final one in the class. They’ll be joined on the Elite Motorsports team by nephew Troy Coughlin Jr., driving a Jeg’s.com Ford Mustang, his first door-slammer effort.

The Ken Black Racing team of Jason Line (also retiring at the close of the 2020 season) and Greg Anderson are on the entry list, as is Bo Butner. Contenders and race winners Matt Hartford, Chris McGaha, Alex Lauglin, Deric Kramer and Val Smeland, all of whom took part in 2019’s Countdown to the Championship, expect to race this Saturday and Sunday.

As stated before, this is Pro Stock Motorcycle’s debut for the year and several riders are anxious to get on with it, especially six-time and reigning Vance and Hines champion Andrew Hines, who’ll be riding his Harley-Davidson Street Rod. He’s joined by teammates Eddie Krawiec and Angelle Sampey, while last year’s runner-up Jerry Savoie is back for more on his Suzuki. It’s a 16-bike field, as Karen Stoffer, Cory Reed, Joey Gladstone, Gianna Salinas and Jimmy Underdahl are not expected to show up for this race.

Still, we do have very motivated Matt and Angie Smith’s EBRs, a team bike for Scotty Pollacheck, the EBR Hector Arana Jr (Dad’s sitting this one out), Ryan Oehler’s EBR, a Suzuki for Chris Bostick, an EBR for Marc Ingwersen, David Barron riding a Buell, the ever-young Steve Johnson on his Suzuki and Ron Tornow riding a 2017 Victory.

This race meeting is two days only, with qualifying in double sessions on Saturday and racing beginning quite early, 9AM on Sunday. It’ll be warmest on Saturday, with mostly sunny skies and 86-degree temps forecast, while race day might offer scattered thunderstorms – a 50% chance – with temps in the lower 80s. Hopefully the storms will hold off until after final eliminations on Sunday so that NHRA and its competitors can get the season back on the track without too much of a hindrance.