If you follow the NHRA, you’ve seen the hashtag #BaptismByNitro. Launched in January 2015, this campaign is part of the NHRA’s efforts to bring new fans to drag racing, and while we don’t know if its affecting the numbers, we do know its a tremendous amount of fun and is certainly updating the image and enthusiasm of the racing community.

Baptism By Nitro is designed to encourage race fans to bring NHRA Drag Racing newbies to races and immerse them into the world’s fastest and most powerful motorsport.  The campaign consists of social media, videos, giveaways and other awareness efforts that give new fans and burgeoning ones a taste of the excitement of the nitro experience.

“A fan’s first nitro experience is unforgettable.  The rumble of 10,000 horsepower side-by-side action and the smell of the nitro-burning cars launching down the dragstrip at more than 300 mph are sensations that can only be experienced at an NHRA national event,” says the NHRA.

Throughout the 2015 NHRA Mello Yello Drag Racing Series season, NHRA fans are encouraged to share first-time fan “Baptism by Nitro” experiences on social media. Prizes will be given away all year to the best nitro rookie reactions captured in the pits or in the grandstands and posted to Facebook, Twitter, and Instagram. All posts should include the hashtag #BaptismbyNitro and tag @NHRA. 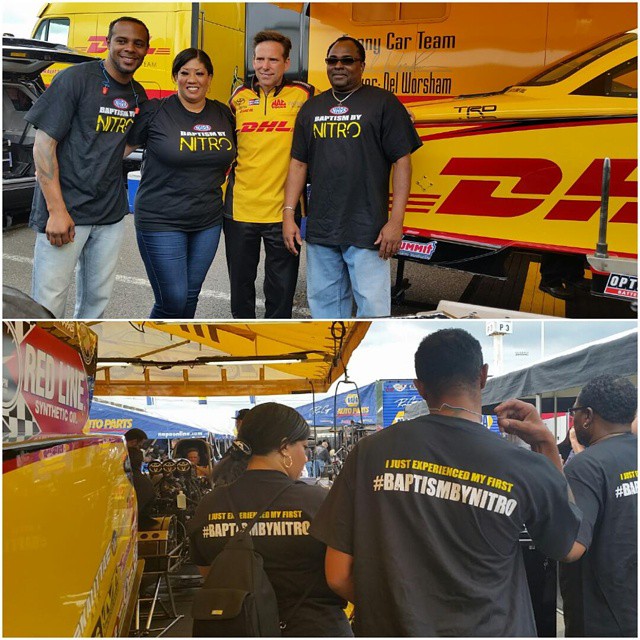 Prior to the season-opening Circle K NHRA Winternationals, fans are encouraged to go online and nominate a nitro rookie and explain why their designated candidate deserves a VIP “Baptism by Nitro” experience. The winning entry will receive four tickets to the 2015 Circle K NHRA Winternationals, VIP “Inside the Ropes” access for a nitro warm-up, and starting-line access where each new fan will be truly baptized by nitro.

Fans can log on to http://bit.ly/BapNitroPC1 or visit NHRA’s Facebook page for their chance to win this VIP experience. 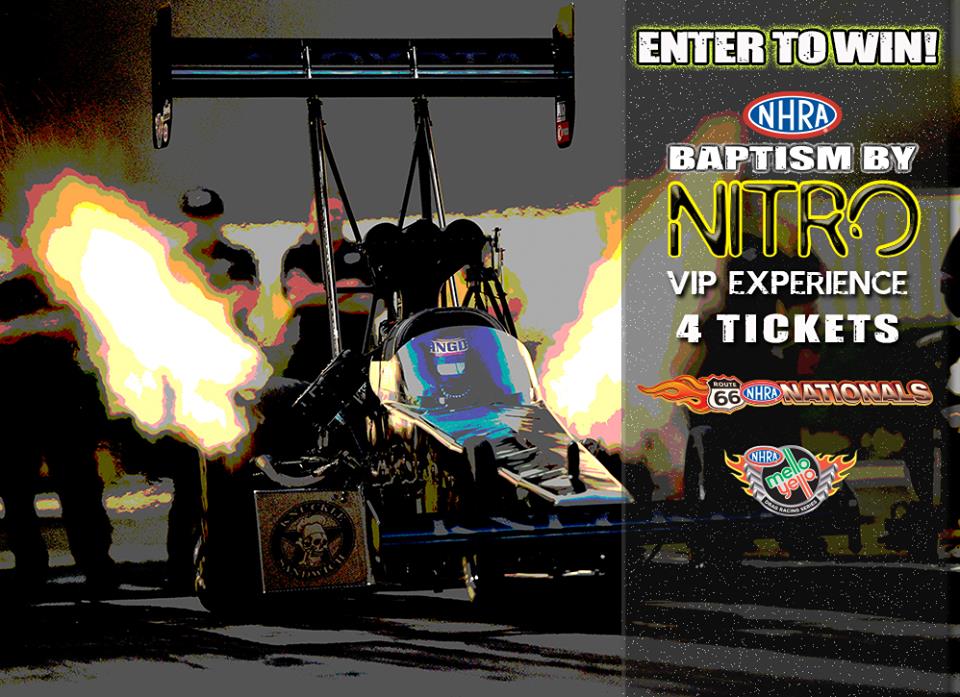