RacingJunk News > Racing > Drag Racing > Newby, Raspidara Autosport Remain on Top Down Under Despite the Fires 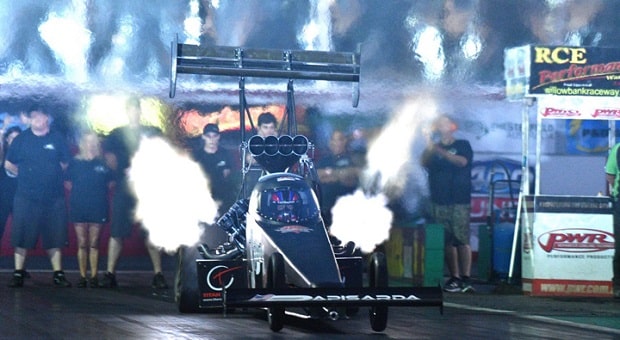 Drag racing in Australia continues despite the scourges of fire and heat. And Rapisarda Autosport International remains assertive on the drag racing trail Down Under, sweeping the most recent race meeting at Willowbank Raceway in hard-hit Queensland’s city of Ipswich. The track is about a 30-45-minute drive west of Brisbane.

The race at Willowbank saw all three Rapisarda racers in the win column, as reigning Top Fuel champ Wayne Newby defeated his teammate Damien Harris on a holeshot in the race’s final round and Californian Ashley Sanford nabbed third place ahead of two-time Aussie champ Phil Read.

For the first time this season, the meeting was conducted under the all-run format, which features two rounds of racing plus bonus low ET and top speed points that set the field for the final round.

“It was a great result for our team,” said Santo Rapisarda, team principal. “I was delighted to see Ashley run a personal best. I also want to thank all the boys and girls who worked on the cars and behind the scenes in the hot and very humid conditions.”

In Round 1 Harris took the win against Sanford, who smoked the tires on her dragster. Newby, racing on a 135-degree (F) track, defeated another two-time champion, Phil Lamattina, also grabbing low ET and top speed points with his 3.89-second pass.

The final round delivered the top race of the day as Newby and Harris held a side-by-side contest that ended with Harris’ defeat when he took out one of the timing boxes at the center of the dragstrip. Newby’s 3.86 sec at 311mph pass topped Harris, whose foul negated a 3.84-sec run at 310mph. 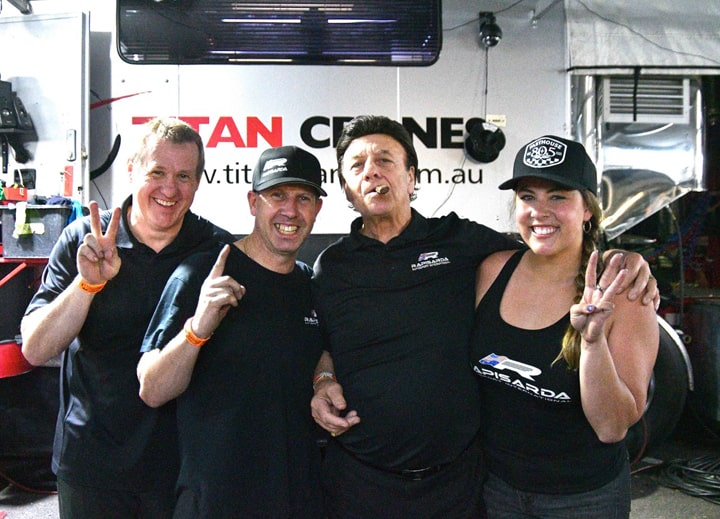 Newby has raced in NHRA competition, most recently at last year’s 65th annual Chevrolet Performance U.S. Nationals, where he qualified 15th in the fastest qualifying that meeting has seen. In his 12th NHRA start and third at the U.S. Nationals, Newby went up in smoke early in the first round, falling to Countdown to the Championship contender Billy Torrence.

After earning the win on Sunday, Newby said, “The first run on the day against Phil Lamattina set the team up for the rest of the meeting. We had a few dramas after the second round when we had to replace the engine and blower. I’m lucky to have a great crew and tuner in Santino Rapisarda, who stepped up to the mark and gave me a badass car.”

For the final round, tuner Santino Rapisarda decided to be more aggressive against Harris. “We brought the clutch timers in, changed the blower and pistons in the car and put in a new motor after we kicked the rods out in the second round. We took a bit of a gamble, rolled the dice and it paid off,” he confirmed.

The contest for third and fourth between Sanford and Read was highlighted when Sanford earned her personal best Australian pass at 3.82 seconds at 313 mph, despite not having lane choice.

“The car left angry,” she said with laughter. “When I say angry, that’s meant as a positive. It stayed glued to the ground and went straight down the track. As soon as I pulled the ‘chutes, I knew it was a big number.”