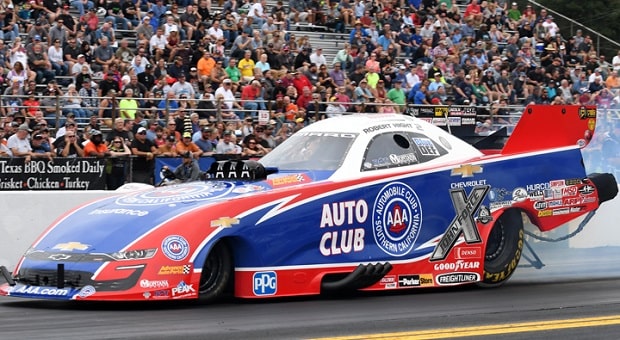 NHRA fan favorite Maple Grove Raceway in rural Mohnton outside Reading, PA may soon have a new owner/operator, whose intent is to carry on the tradition of the Stauffer family (which has owned and run the now-drag racing facility since 1923). The family placed Maple Grove, which has operated as a racing facility since 1962 and is a cornerstone of NHRA Mello Yello drag racing, on the market last fall, asking $8 million for the dragstrip and ancillary facilities.

There is no question that Maple Grove is a great venue for racing, but its ancillary facilities have been falling into disrepair and its pits and public utilities are, to be kind, primitive and antiquated. The Brecknock Township supervisors learned on the first Monday of 2020 that a group named Motorsports Developers, of nearby King of Prussia, has initiated a contract to purchase the track from the Stauffer family and to rejuvenate, modernize the currently quaint facility.

Motorsports Developers has 90 days in which to effect the sale which the three partners, Joe Casella, Jordan Levitt and Chris Winter say they’ve been working to achieve for the past six months. The trio told the Reading Eagle newspaper that they were drawn to Maple Grove because of community support. Between these three, according to Levitt, is over 100 years experience in the racing business; this enterprise is being backed by private equity, he said.

“The plan is to keep it a racetrack and make the township money through different revenue streams,” Levitt revealed. Motorsports Developers intends, should their plan go forward, to increase trackside seating, possibly erect a spectator tower and perhaps add a multi-use track for go-karts and driver training. They’d hope to enable activities by local police and student driver events with this proposal and realize the need to fix traffic flow, improve concessions, bring charitable events and renovate the on-site Maple Grove Restaurant and Bar.

Other ideas proposed by the three-man group include a Drift track that, they say, could bring in 5,000 spectators or more.

The objective, Casella stated, is to make better use of the historic facility. “Our plan is not to upset the apple cart, but make it faster and smoother, having a bigger use of the facility with no impact at all.” The trio intend to leave current staff in place pending background checks, as well as adding more staff for more efficient race weekends.

Motorsports Developers expects to share master plans with supervisors as they come closer to cementing this deal, and also called on the local and racing community to give them direction. “Believe it or not, we need you to share your complaints about the facility,” Levitt stated. “The more the better.”