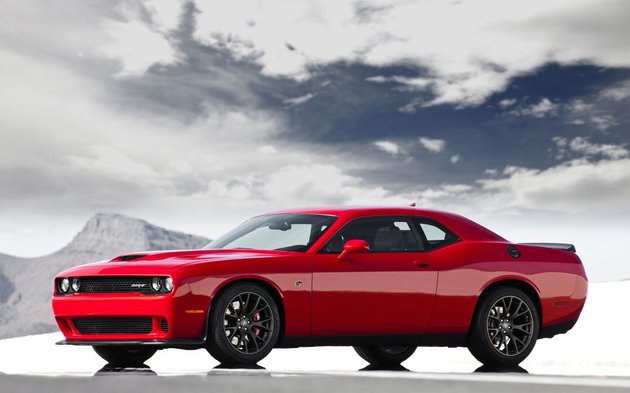 1. Simply put, the 2015 Dodge Challenger SRT Hellcat is now the most powerful muscle car you can buy. With a touch of the pedal the 6.2L supercharged V8 body-slams a whopping 707 rear wheel hp and 650lbft of torque to the pavement. To put things in perspective the Dodge Viper only produces 640hp. If you are brave enough to try, the top speed is 205mph. With the launch control set, the Hellcat will run the quarter mile in 11 seconds flat. It is available with either an 8spd Torque Flight automatic or a 6 – speed manual swapped in from the Viper. It is surprisingly nimble around the corners, but still handles like a muscle car should. Track testing brought about interesting results by demonstrating that the automatic makes the jump from 0-60 in just 3.6 seconds, which is actually faster than the manual’s 3.9 second 0-60. For those of us pining for the old days of big motors and rear wheel drive, this bad boy is definitely a top contender. 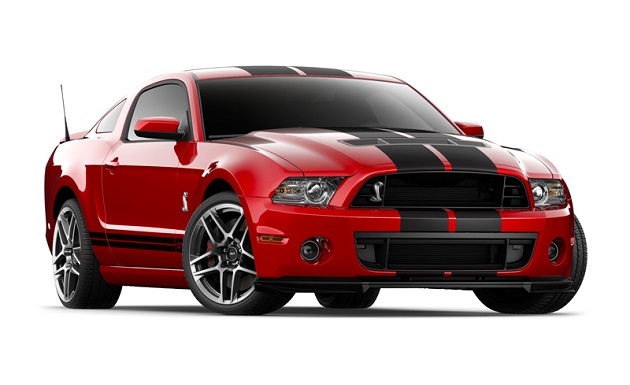 2. The 2016 Mustang GT500 does not play around. This Pony’s 5.8L V8 puts out 662hp and 613lbft of torque. This is 82hp and 75hp more than the Chevy Camaro Zl1. The 2015 GT500 will only be available in the correct transmission configuration, a 6-speed manual. The new rear drive platform, code named S550, features newly engineered independent rear suspension. The Spy Review by CarandDriver.com revealed what appear to be carbon-ceramic break rotors barely visible through the spokes. The current price is set at $54,995, but as the final product wont be released until 2015, it’s hard to say if that price tag will stick. As the New Year progresses we are hopeful to steal some new naked pictures of Pony if we are lucky. 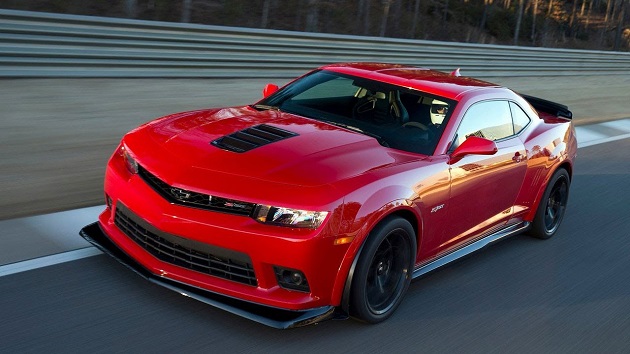 3. The 2015 Camaro Z/28 truly is a monster. Crammed under the hood is a roof rattling 7.0L small block LS7 V8. She puts out 505hp and 481lbft of torque with a 7,000rpm redline. The best performance package offers a 0-60 of 3.98 seconds and 12.04-quarter mile at 122mph. This time was derived from the 3.73-geared automatic coupe hardtop. The top speed sits at 174mph and for stopping-power the Z28 offer 15.5” 6-piston carbon-ceramic Brembo breaks. There is another option however. The ZL1 car can be had with a supercharged 6.2L 580hp V8 with 556lbft of torque. The supercharged monster is kept cool with an intercooler and also wears a pair of aluminum alloy heat resistance cylinder heads. With the Hydra-Matic 6L90 automatic transmission the Zl1 has a top speed of 184mph and runs the quarter mile in 12.0 seconds flat. The car is also available with a TRMEC 6-speed manual equipped with a short throw shifter and dual-mass flywheel. While the Camaro only comes in 4th due to its weight and lower power-output, it is nice to have options. Chevrolet allows the consumer to choose between a naturally aspirated big displacement in the Z/28, or get bigger power out of the smaller 6.2 with the available supercharger.

2015 Models have been available for a while now, but we are greatly looking forward to the debut of the 2016 models. It appears that the Camaro will be getting the biggest facelift out of the bunch, but at this point it is too early, and frankly still to top secret, to draw out any solid conclusions. It appears that the American market has finally accepted a traditional muscle car with factory forced induction and over 500hp as an option. This is not something that would surprise us coming from the Viper or Corvette, but these aren’t roadster coupes made of fiberglass, these are raw American steel.