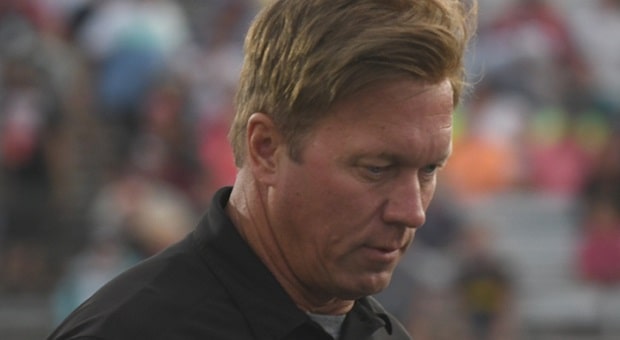 At the close of the 2018 NHRA Mello Yello Drag Racing Series season, veteran tuner Mike “Zippy” Neff was, essentially, a man without a country.

He’d been hired by Don Schumacher Racing (DSR) to take over as crew chief for son Tony Schumacher; when Tony’s Army sponsorship went away and another viable partner was nowhere to be seen, Neff found himself using the word “consultant” to describe his work in the team’s Brownsburg offices. So Neff has been floating between the DSR teams this year, doing what’s needed.

For the past few months, this successful former driver has been assisting Bob Tasca Racing, which occupies preparation space and buys intellectual and physical property from Don Schumacher Racing. Now Neff has, with a multi-year contract, joined the Motorcraft/Quick Lane Racing Ford Mustang Funny Car team of Bob Tasca III on a full-time basis, working with co-crew chief Jon Shaffer, who came to Tasca Racing in 2019. 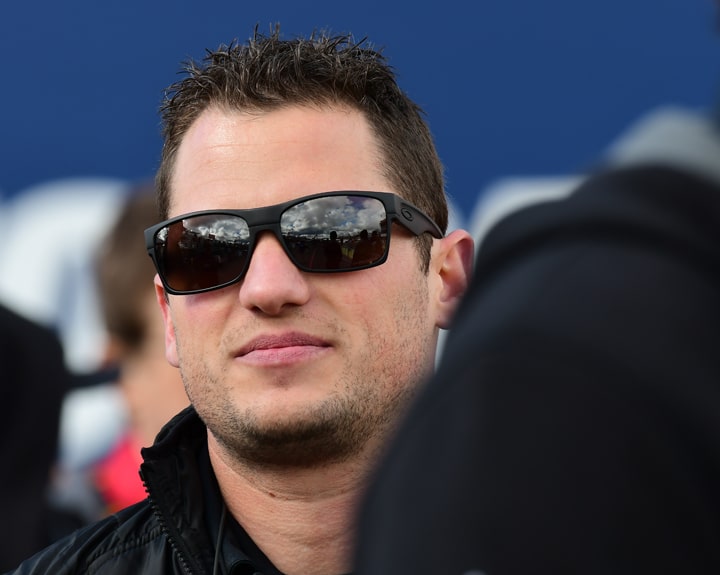 “Mike Neff brings a level of experience and tone to the team that is invaluable,” Tasca said in making this announcement. “Neff and Jon complement each other so well. Our success on-track this year shows it. It’s so important to have the right combination of people behind you and I think we’ve done that.”

It has been a very successful season for Tasca Racing thus far in 2019, after they rejoined the series with Ford Motor Co. in 2018. Tasca scored back-to-back wins at Bristol and Norwalk, two final round appearances and three semifinal results, made the Countdown to the Championship and, with only two races left to run, holds down fifth place in the title chase, the meat in a DSR sandwich between Matt Hagan and Ron Capps.

Tasca has shown Ford Motor Co. they made a good decision in 2018, returning to the Funny Car NHRA wars, and with the pick-up of Mike Neff to co-crew chief with Shaffer, starting this weekend at Las Vegas, the future looks bright. Neff, of course, brings a long history of winning in and out of the cockpit.

“I’m excited to be back working on a Funny Car,” Neff declared, “and I’m excited to be back with Jon (Shaffer). Jon and I have worked together quite a bit in the past,” notably with John Force Racing, “and we have a great working relationship. It’s good to be back working with Bob and his family, too. Bob worked hard to get Ford back. They have a great team over there at Ford Performance and it’s good to see them in drag racing again.” 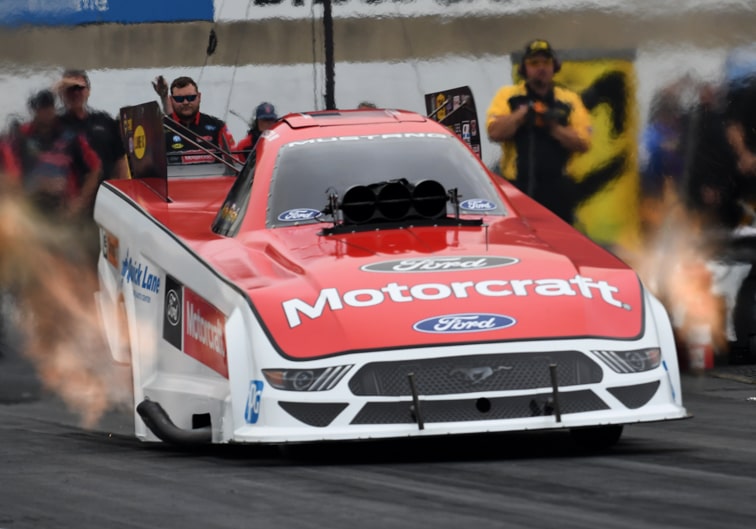 The future plans for Eric (Hop Singh) Lane, who helped constitute and run the Tasca Racing team since its 2018 return to NHRA Funny Car competition, are unknown. 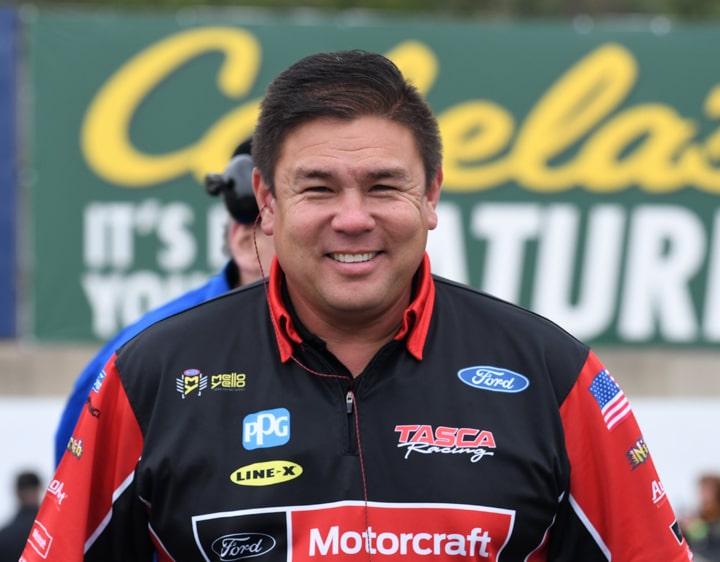