Some of NASCAR’s youngest drivers took to the track last night and dominated, while a couple of others suffered bad luck during their Duel race. Five of the youngest drivers in the field during the first Duel placed in the top five. The second Duel only had three younger drivers in it, and two of them placed in the top three. The first race also had shades of déjà vu.

Duel One Had Seven Younger Drivers 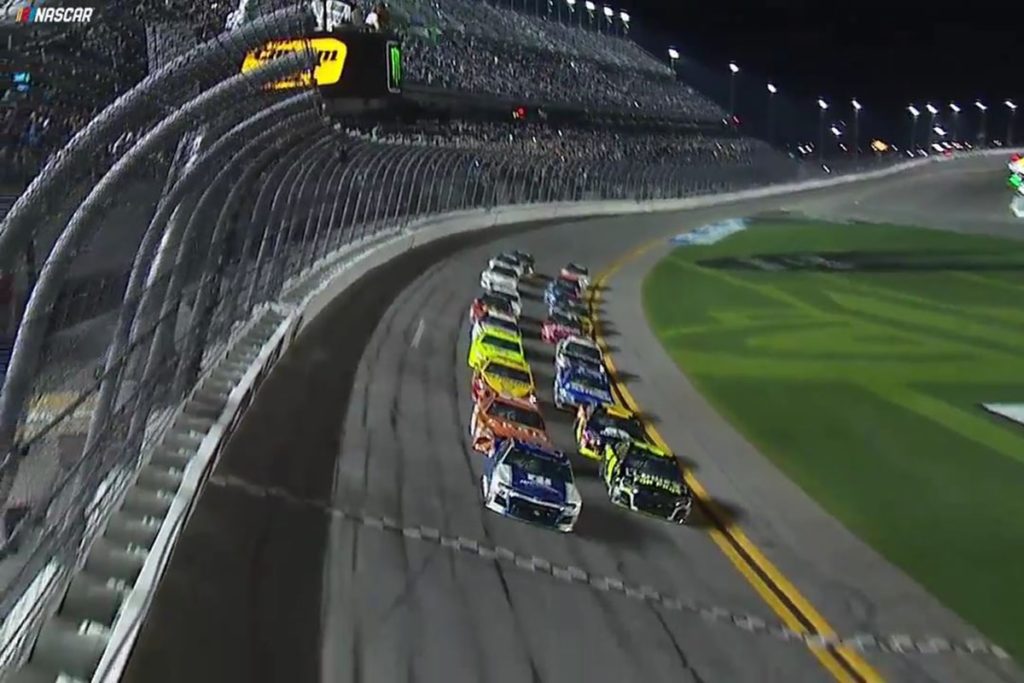 Due to his qualifying effort, Alex Bowman in the #88 Hendrick Camaro ZL-1 sat on the pole for the first Can-Am Duel last night and will also sit on the pole Sunday. He went into the race with the mindset of protecting his car and starting work on the changes needed to put the car into race trim, so he hung out at the back most of the time. Stenhouse looked almost like Dale Jr. when Darrel Waltrip called him “The Pied Piper of Restrictor Plate Tracks.” He seemed to be able to pass almost at will by side-drafting. DW said, “Stenhouse Jr. was the life of the party.” 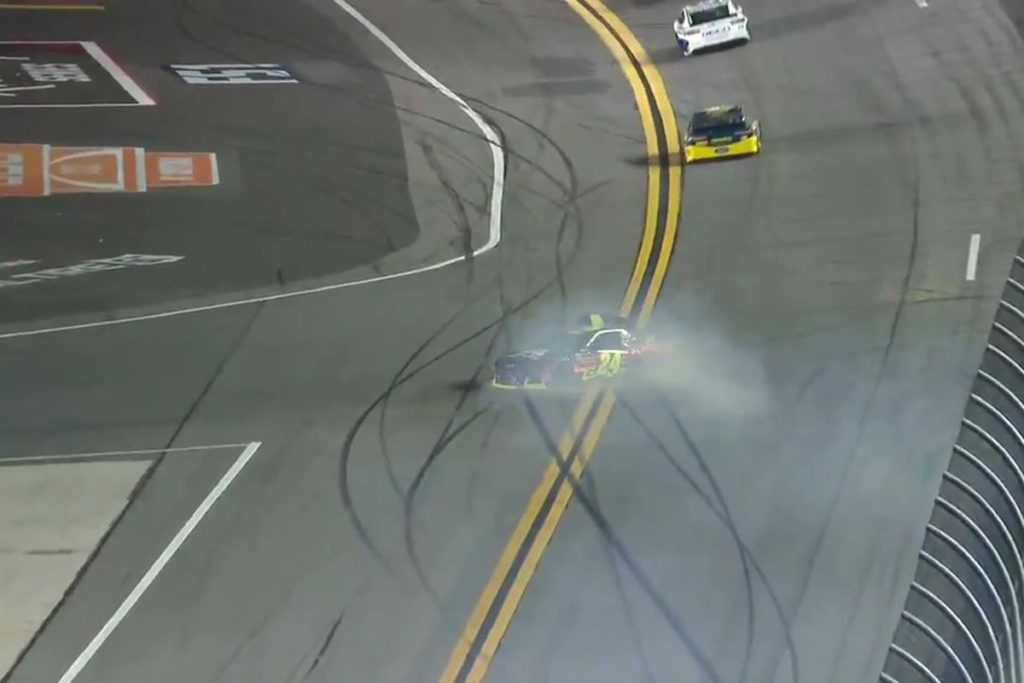 William Byron, in the #24, wrecked when Ricky Stenhouse, Jr. ran up on him and whipped by him to the left, with aero pulling and pushing Byron into the wall. In a repeat of the last few years, Jimmie Johnson wrecked on lap 11 when he lost the left rear tire and took a hard right into Aric Almirola in the Stewart-Haas #10. Daniel Suarez just barely squeaked by with extremely minimal damage. 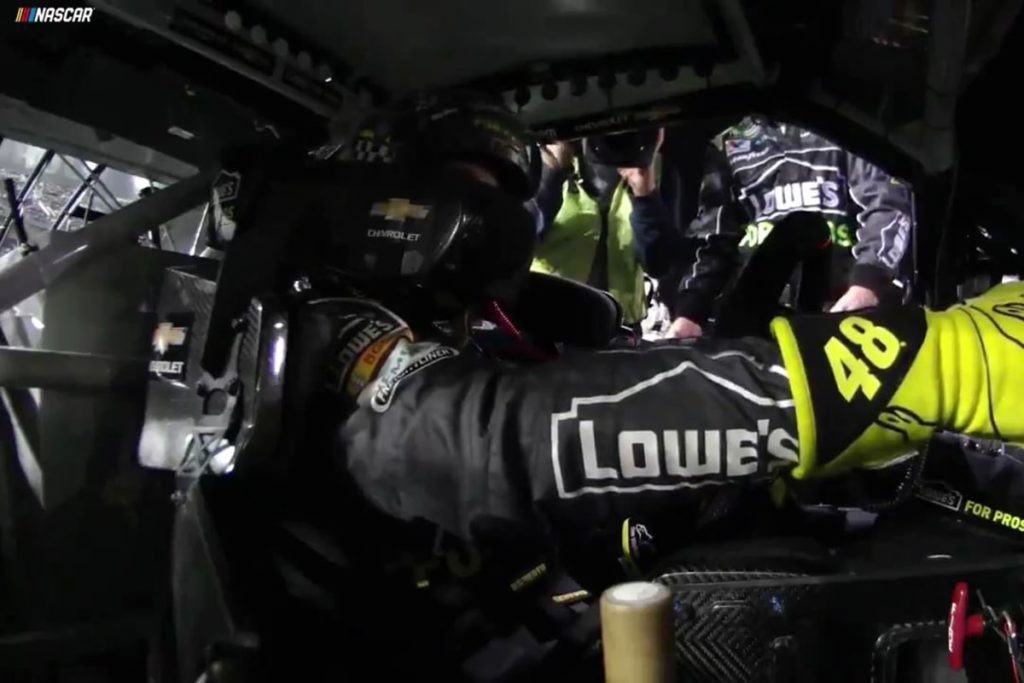 Lap 48 saw Stenhouse making a run on and passing someone again, this time David Gilliland in the #92. This pass also resulted in the new aero phenomenon, where someone rapidly approaching another car’s rear bumper and whipping out to the left to pass results in aero push and pull with the front end walking and then the rear stepping out, pushing the nose into the wall. Keselowski wrecked his chances for a sweep of the pre-500 races when he and Jamie Mac tangled. 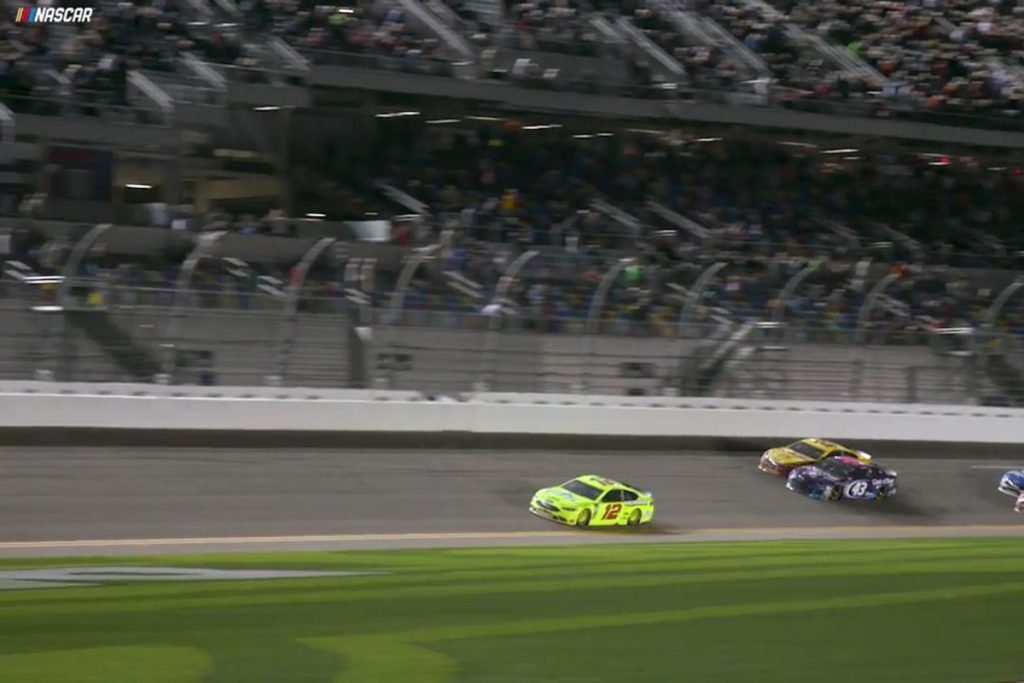 Duel One was won by Ryan Blaney in his first season as the third car at Penske in the #12. After leading most of the race, Joey Logano came in second while Darrel Wallace, Jr. had a great race coming from 13th starting position to finish third. “Old guys” Kurt Busch, Ryan Newman and David Ragan took the next three positions. Young gun Daniel Suarez traded his fourth place start for an eighth place finish. Jamie Mac came in ninth and Chris Buescher, the final younger driver in the field, finished off the top ten. 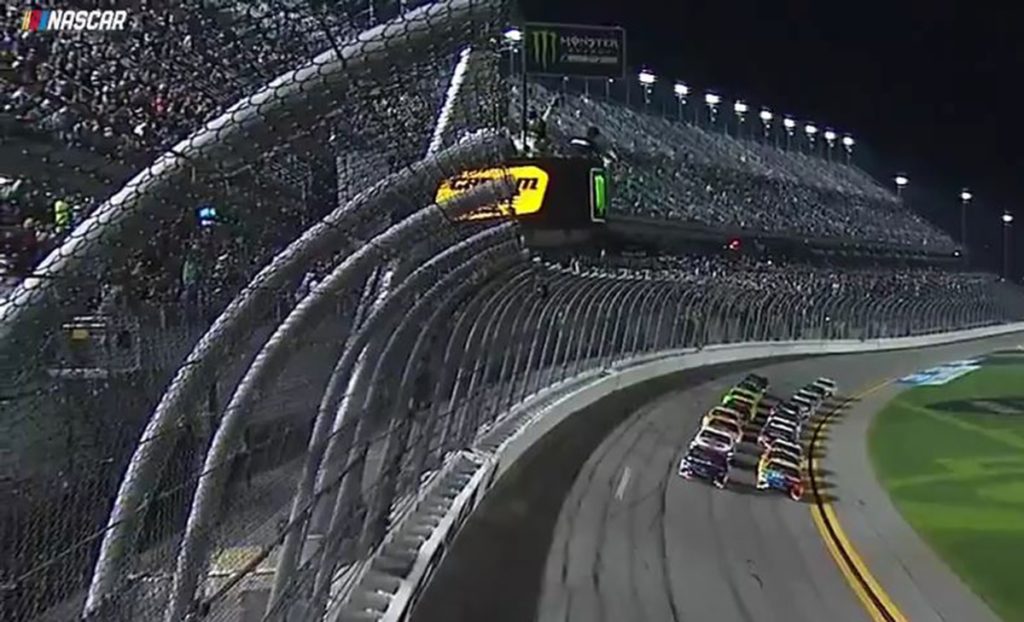 Duel Two’s field only had Chase Elliot and Erik Jones in the younger driver category and Kyle Larson and Austin Dillon in the “young-ish” driver category. Busch and Hamlin started on the front row and things were pretty quiet until Larson wrecked out on lap 11 when Elliot went up the middle, playing all sorts of havoc with the air. This pushed and pulled Larson and Matt DiBenedetto around; both of them hit the wall pretty good and were forced out of the race. A little later Erik Jones was pulled around but made an awesome save to keep from hitting anything. 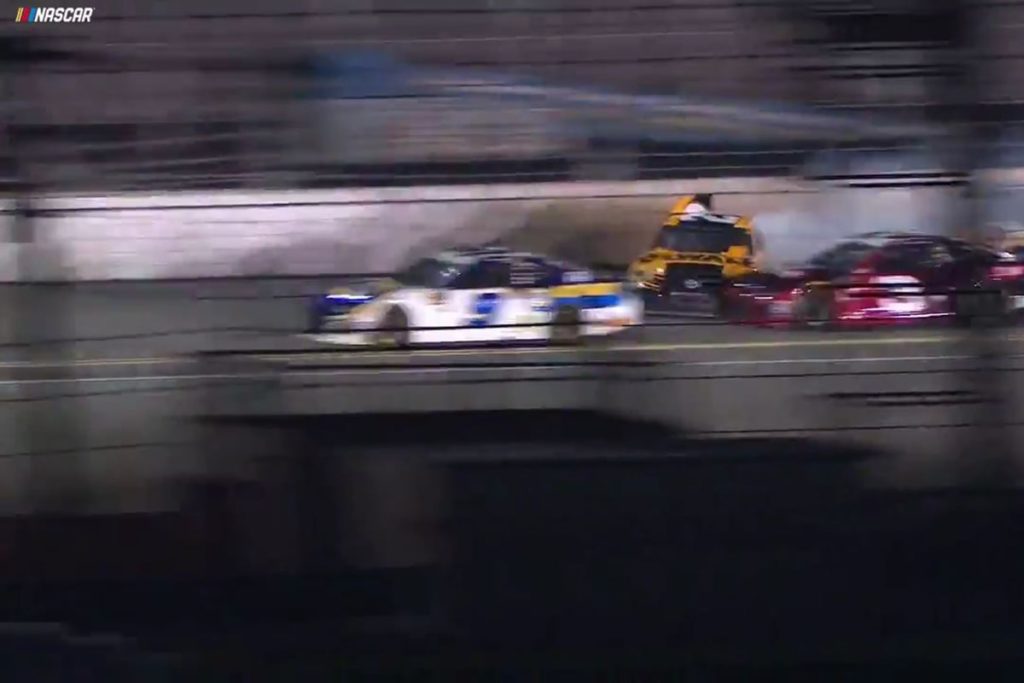 Lap 28 saw Elliot work his way to the front from outside the top ten to side-draft past Hamlin and take over the lead. He never looked back. Two to go saw Harvick make a run on Elliot out of long draft, but Elliot blocked, sealing his second Duel win in a row. This win makes him only the fourth active driver with more than one Duel win. 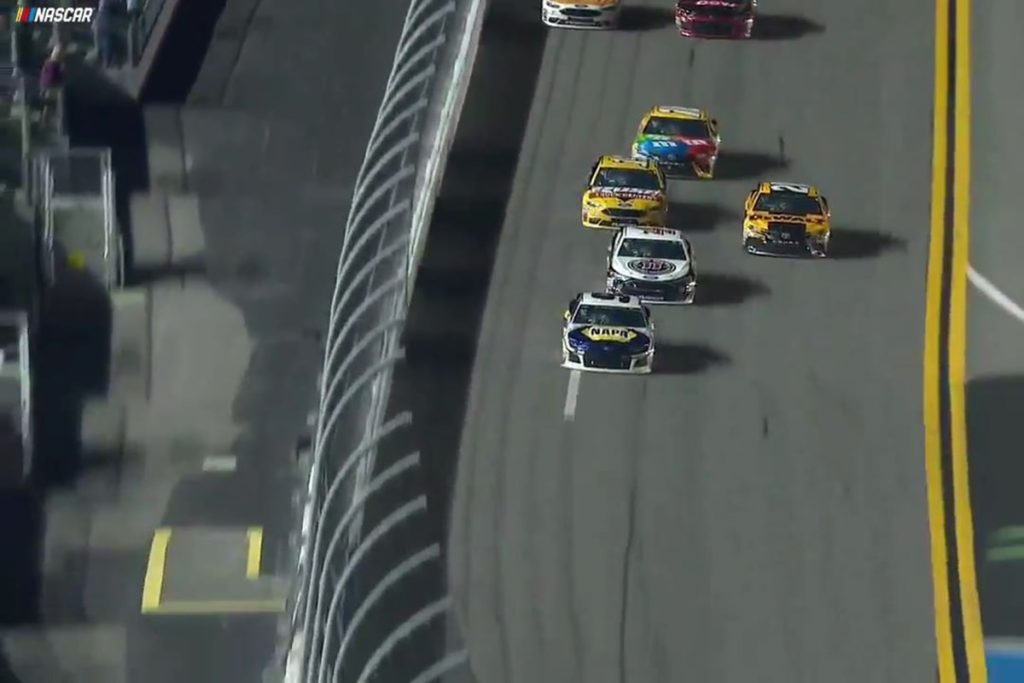 Duel Two’s top ten was topped by Elliot and Harvick. Erik Jones made a miraculous recovery from his early spin to come out in third. Clint Bowyer and Kyle Busch had good showings in fourth and fifth, respectively. Austin Dillon turned in a respectable sixth place finish, while Paul Menard surprised everyone with a seventh place finish. Trevor Bayne, Denny Hamlin and AJ Allmendinger rounded out the top ten in eighth, ninth and tenth.

Both races last night showed that aero is going to be very important, while handling isn’t going to have as much importance. Watching Ricky should be fairly entertaining as well if he repeats his performance of last night.