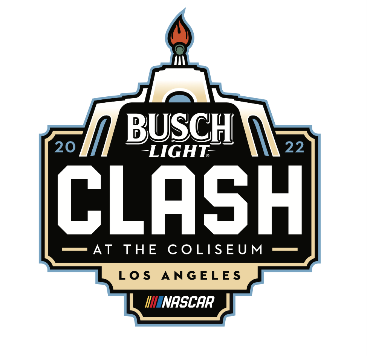 Next year, the first weekend of February will find NASCAR’s Cup Series at the world-famous Los Angeles Memorial Coliseum, where it will conduct its Busch Light Clash. The race is normally held on the banks of Daytona International Speedway as a precursor to the series’ start of its regular season, which occurs with the Daytona 500.

NASCAR has changed its scheduling and its venues over the past year or so, introducing more road courses, taking the Cup cars to dirt tracks and generally disrupting the status quo. That the sanctioning body has elected to conduct a 150-lap main event that highlights two days of racing action at this iconic venue, scheduled for February 5 and 6, 2022, shows it’s really open to moving into areas where Cup cars have never been before now.

The Busch Light Clash will consist of Saturday practice sessions prior to single-car qualifying runs to determine the starting order for four scheduled heat races on Sunday. The field for this year’s clash is limited to 40 entrants. Only 23 cars will be eligible to compete in Sunday’s main event.

NASCAR has devised its competition format for this event, with the emphasis on Sunday’s heat races, last-chance qualifiers and, of course the main event in this year’s Busch Light Clash. Initially there will be four 25-lap heat races with 10 cars participating in each one.

The four fastest qualifiers from Saturday’s single-car qualifying session will take pole for each heat race, while cars that qualified fifth through eighth will be outside each front row. The remainder of each field will be sectioned, with odd qualifying numbers in one heat and evens in another. The first heat race, for instance, will be made up of those qualifying first, fifth, ninth, 13th, 17th, 21st, 25th, 29th, 33rd and 37th.

The top four finishers – 16 cars total – from each heat race automatically advance through to the Busch Light Clash main event. The winner of heat one wins the pole and heat two winner earns outside pole. The winners of heats three and four will fill out the second row, with the remaining order of these 16 cars being determined in the same manner.

The remaining six finishing positions from each heat, a total of 24 cars, that did not advance will continue through to one of two 50-lap Last Chance Qualifying (LCQ) contests. The starting order for the two LCQ races will be determined by finishing spots in the heat races. The racers who didn’t advance from heats one and three will make up the first LCQ race, while the second race will be made up of those that didn’t advance in heats two and four.

The final spot in the Clash is reserved for the driver who finished the highest in 2021’s NASCAR Cup Series points standings, who does not transfer on finishing position in the heat races or Last Chance Qualifying races. All other drivers will be eliminated for the remainder of the event weekend.

There will be four Sunday televised portions to this year’s NASCAR Busch Light Clash, on both FOX and FS1. An initial NASCAR RaceDay is scheduled for 4PM ET on FOX, followed by Heat Races and Last Chance Qualifying Races at 5PM ET, also on FOX. The action moves to FS1 at 7PM ET with a second NASCAR RaceDay, while the NASCAR Busch Light Clash at the Coliseum is set for 8PM ET on FS1, as dusk falls on the Coliseum.

Tickets start at $65 for adults, with those for children 12 and under starting as low as $10. The Los Angeles Memorial Coliseum, home to two Olympic games, in addition to both NFL and collegiate football games, together with SuperCross and other dirt racing events, has many seating options, from lower to upper bowl, midfield start/finish line seats, to premium club seats with access to the exclusive Lou Galen Club Lounge. All event information, as well as ticket sales, is available through www.nascar.com/lacoliseum.