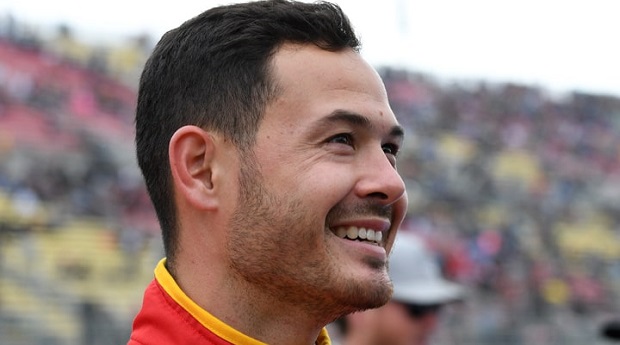 Earlier this week, NASCAR officials reinstated Kyle Larson, this comes after Larson served more than six months after his suspension for his use of a racial slur during an iRacing event.

Chip Ganassi Racing fired Larson on April 14, one day after NASCAR barred him indefinitely as part of a behavioral penalty. Larson was mandated to complete sensitivity training at NASCAR’s direction as a condition for reinstatement, but will also have continued requirements to fulfill in order to keep his NASCAR membership current.

“NASCAR continues to prioritize diversity and inclusion across our sport,” the sanctioning body said in an official statement. “Kyle Larson has fulfilled the requirements set by NASCAR, and has taken several voluntary measures, to better educate himself so that he can use his platform to help bridge the divide in our country. Larson’s indefinite suspension has been lifted. Under the terms of his reinstatement, he will be cleared to return to all NASCAR racing activities effective January 1, 2021.”

Those terms for reinstatement include several speaking engagements, each spaced out through 2023, where Larson will share his experiences with NASCAR’s weekly series, e-sports and dirt-racing communities. He will also be required to take further training and engagement classes through 2023, plus continue his work with the Urban Youth Racing School (UYRS) and Rev Racing, providing coaching and mentorship for those initiatives.

This year NASCAR has been addressing the racial climate of the sport more than ever. With Kyle Larson’s suspension, Bubba Wallace’s noose investigation, to the banning of Confederate flags. Their stance on equality and inclusion has been clear.

Larson’s suspension came after an April 12 invitational iRacing event. He said he had keyed his microphone to send a private message, but his use of a racial slur was instead broadcast to all participants in the race and to viewers on public live streams.

Larson was penalized for violating Sections 12.1 (General Procedures) and 12.8 (NASCAR Member Conduct Guidelines) of the NASCAR Rule Book. He later apologized for his actions through his social media channels. Competition officials confirmed Oct. 16 that Larson had applied for reinstatement.

After his dismissal, Larson told the Associated Press in an Aug. 19 article: “I was just ignorant. And immature. I didn’t understand the negativity and hurt that comes with that word.”

He also explained the measures that he had quietly undertaken since the incident to learn more about civil-rights issues, making some of his first in-depth comments about the matter in a personal essay published Oct. 4 on his website.

In his essay, Larson took accountability for his actions and said he had connected with former athletes Tony Sanneh and Jackie Joyner-Kersee to work with their foundations and to see the impact of racial injustice first-hand in Minneapolis. He also said he had hired a diversity coach, Doug Harris of The Kaleidoscope Group, and had conversations with Black racers Bubba Wallace, J.R. Todd and Willy T. Ribbs to learn about their experiences.

“I want them to know that words do matter,” Larson wrote in his essay, referencing that he would have to answer to his family as he takes responsibility for his actions moving forward. “Apologizing for your mistakes matters. Accountability matters. Forgiveness matters. Treating others with respect matters. I will not stop listening and learning, but for me now, it’s about action — doing the right things, being a part of the solution and writing a new chapter that my children will be proud to read.”

Larson’s first televised remarks about the subject came Oct. 16 in an interview with James Brown on CBS This Morning. The feature also focused on Larson’s work with the UYRS in Philadelphia and his efforts to regain the trust of its founders after the incident.

During his suspension from NASCAR, Larson was a regular winner in sprint-car competition, including a series-best 12 victories on the World of Outlaws tour, which required Larson to complete sensitivity training within 30 days of the incident to be cleared for competition. Larson won again Sunday in USAC’s Silver Crown division, taking the Bettenhausen 100 at the Illinois State Fairgrounds.

1 Comment on NASCAR reinstates Kyle Larson, Clearing Him to Return to Racing January 2021