New drivers show up in the ranks of NASCAR national series drivers every year. Both the XFINITY and Camping World Series both have a number of new faces this year. Some of these new drivers have come to these series by way of NASCAR’s Drive for Diversity Program (D4D).

A couple years ago, Kyle Busch signed a new driver for his Camping World Series truck team. This new driver was Daniel Suárez from Monterrey, Mexico. Suárez got his start with NASCAR driving in the NASCAR Mexico Toyota Series, in Mexico. He now drives full-time for JGR in the number 19 Toyota Camry.

This year, at Mid-Ohio, NASCAR fans saw the first Israeli to drive in one of the sport’s major series, this time in the XFINITY Series. This new driver is Tel Aviv, Israel native Alon Day. Day is currently driving part-time for MBM Motorsports in the numbers 40 and 13 Dodge Challengers. Day is also the first Israeli to drive in the IndyCar Series. He got his start in big-time racing competing in various racing series in Europe. 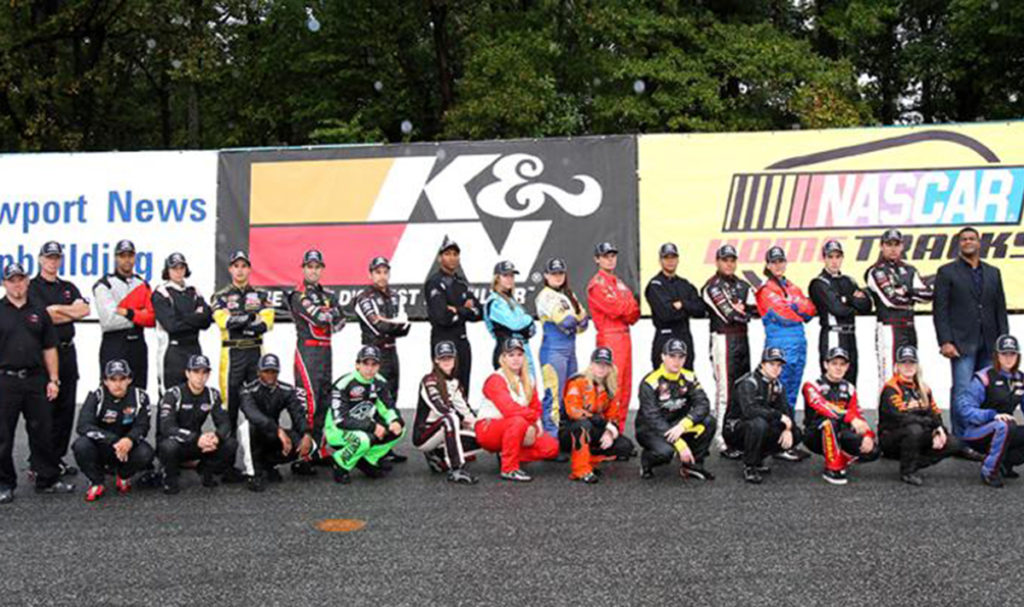 Each year, NASCAR picks a number of the most promising young drivers and gives them a chance to win a spot on either a NASCAR K&N Pro Series East team or a NASCAR Whelen All-American Series team for one year. There are a total of 17 drivers from all over North and South America competing for these spots, 13 of whom are young women.

The youngest of these 17 is Macy Causey of Yorktown, Va. Causey was the youngest driver ever to compete for a spot last year at the ripe old age of 14. Two other notable young drivers who are competing are 15 year old Hailie Deegan of Temecula, Calif. and 19 year old Hope Hornish, of Defiance, OH. Deegan is the daughter of freestyle motorcycle great Brian Deegan, while Hope’s dad is Sam Hornish, Jr.

How does the Drive for Diversity work? Well, these 17 drivers will compete against each other over a three-day period at Florida’s New Smyrna Speedway between Oct. 10 and 12. Participants will have their driving skills evaluated. Since driving in NASCAR is a highly physical activity, they will also undergo extensive physical fitness testing. Finally, they will participate in additional training provided by Bethune-Cookman University.

There are currently a number of NASCAR Drive for Diversity graduates competing in the three national series. In the XFINITY Series, Suárez and Darrell Wallace, Jr. are both in the inaugural NASCAR XFINITY Chase. Cup Series driver Kyle Larson is in the Sprint Cup Chase. Wallace drives for motorsports legend Jack Roush and Roush-Fenway Racing, while Larson is on Chip Gannassi’s Gannasi Racing team.

Current NASCAR Drive for Diversity drivers are proving the worth of the program. In the NASCAR K&N East and NASCAR Whelen All-American Series, they’ve garnered four top fives and 13 top tens combined.