As NASCAR’s three primary series descended upon Atlanta Motor Speedway over the weekend, it appeared as though Kurt Busch’s surprising Daytona 500 finish would be followed by a dominating performance by his younger brother Kyle Busch – that is, until the ‘any given Sunday’ rule began to make its appearance and another well-known Monster Energy NASCAR Cup Series driver stole the show.

Kicking the weekend off, Kyle Busch jumped out of his Monster Energy NASCAR Cup Series ride to pull double duty in the Rinnai 250 NASCAR XFINITY Series race. After winning the pole for the sixth time at the 1.5-mile quad-oval track, Busch seemed like a strong contender to take the race win, but fell short to fellow Monster Energy Cup Series drivers Brad Keselowski and Kevin Harvick in each of the first two 40-lap stages.

Busch would once again regain his winning stride in stage three of this 200 mile race after a restart on lap 148, where he would pass the No. 22 of Brad Keselowski to put his No. 18 Toyota back in the Winner’s Circle at Atlanta Motor Speedway. 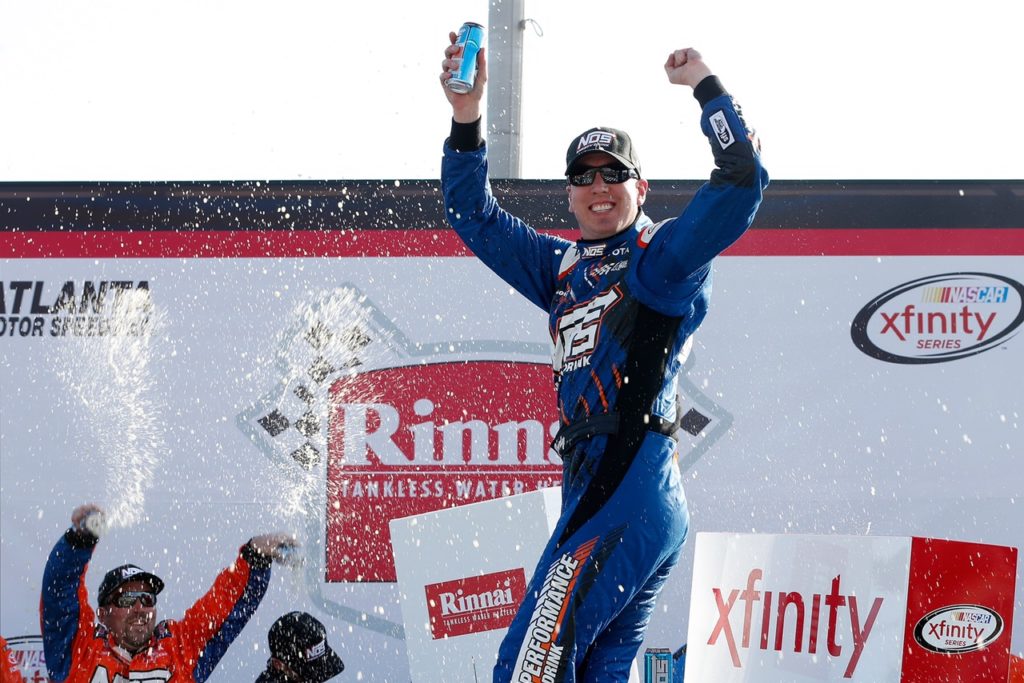 “We weren’t great to begin with, and we weren’t great in the middle, but thanks to my Crew Chief Scott Graves and the entire pit crew, who kept working on the car throughout the race, the No. 18 (Toyota) came to life there at the end,” said Busch.

Despite picking up the win, Busch’s No. 18 Toyota ultimately failed post-race inspection for a height violation. According to NASCAR officials, Busch’s car measured too low on both the right and left front following this race. Although they will keep the win, the No. 18 NASCAR XFINITY Series team will likely be handed down a few hefty fines following next week’s final inspection at the NASCAR Research & Development Center, in Concord, NC.

Although he wouldn’t pick up a second win on Saturday, following the NASCAR Camping World Truck Series Active Pest Control 200 the name Kyle Busch would once again be spoken in the Winner’s Circle following this race, after Kyle Busch Motorsports driver Christopher Bell dominated the 200-lap race to take the checkers.

After picking up the pole for Saturday’s Camping World Truck Series race at Atlanta Motor Speedway, the young 2017 Chili Bowl winner proved that Toyota Racing is providing top-quality equipment on both dirt and asphalt after dominating the first 83 laps and claiming all three stage wins. 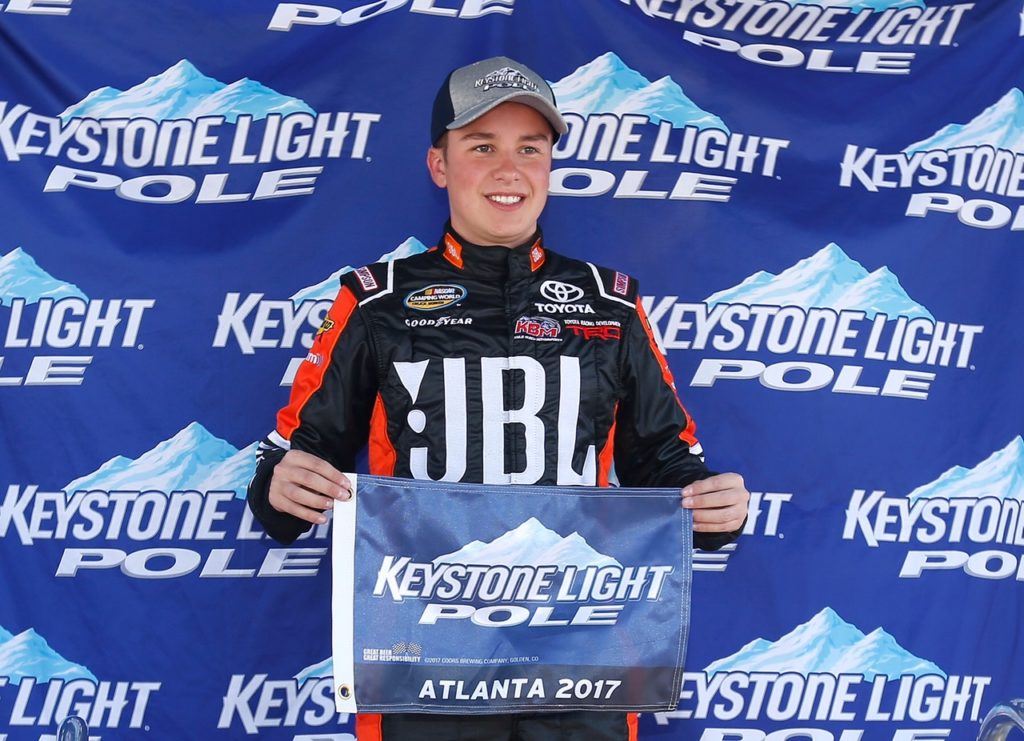 Despite his domination of the 32-car field for a majority of the Active Pest Control 200, Bell would still have to prove that his No. 4 Kyle Busch Motorsports Toyota was strong enough to withstand the pressure from fellow Tundra driver Matt Crafton during the two-lap dash. After restarting on the inside of Crafton following the final caution of the race, on lap 124, Bell fell behind this senior Truck series driver, and it appeared that this situation would last for the remainder of this race. Despite it looking like Bell had lost his confidence, appearances can be deceiving, and the young driver would pull ahead of the No. 88 of Crafton on the backstretch during the final lap of this race to cross the finish line .447 seconds ahead of Matt Crafton. 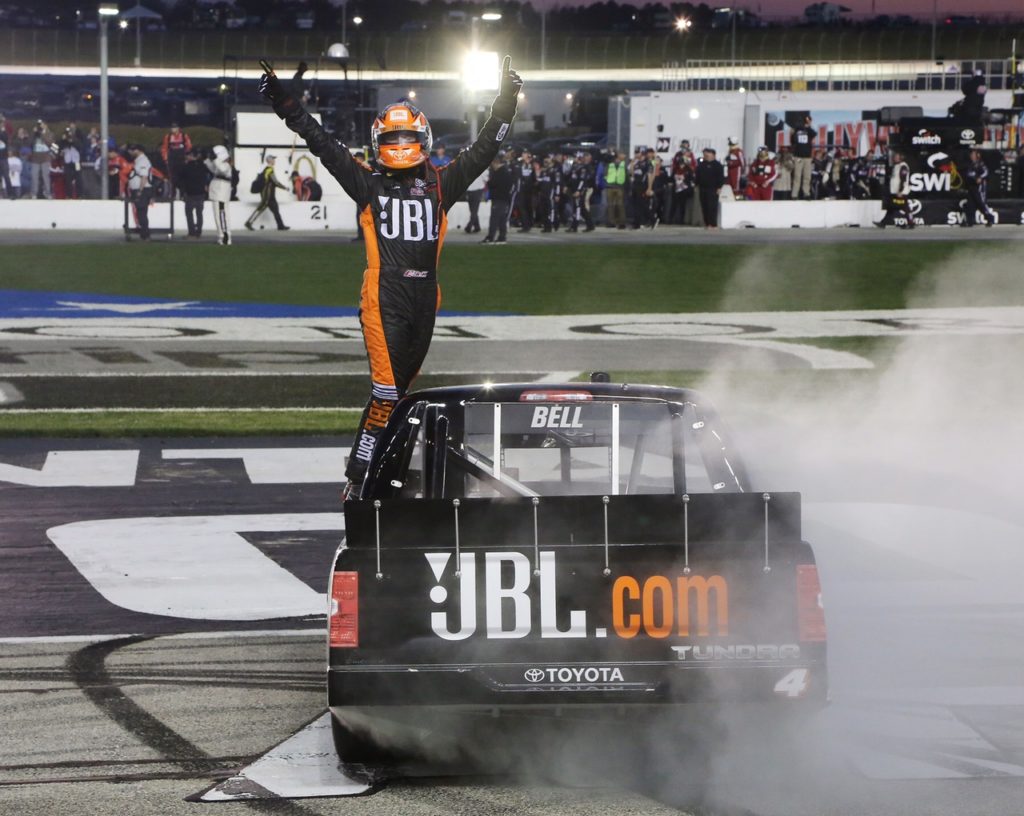 “I was just trying to do everything I could to make sure I got a good restart and I didn’t get my momentum broke,” said Bell. “These truck races are really tough to get restarts going because the truck is so aero dependent and you can gain all sorts of momentum, or you can have it taken away from you, and I think that happened to me there in the middle section of the race. Fortunately, my crew chief and all the guys on this team just did an awesome job preparing this thing. It was just a dream machine.”

“I think it’s just a true testament to everybody at Kyle Busch Motorsports that does such a great job building fast trucks,” said Team Owner Kyle Busch. “I think that that’s the first opportunity you’ve got to give these younger drivers and then from there, they have to have the know with all to be able to go out there and succeed in that equipment. Christopher’s now won three years in a row in the Truck Series, which is really cool. There was never going to be a chance I was going to catch him, so it certainly looked good from my vantage point to watch a KBM truck out in front of me while I was running second.” 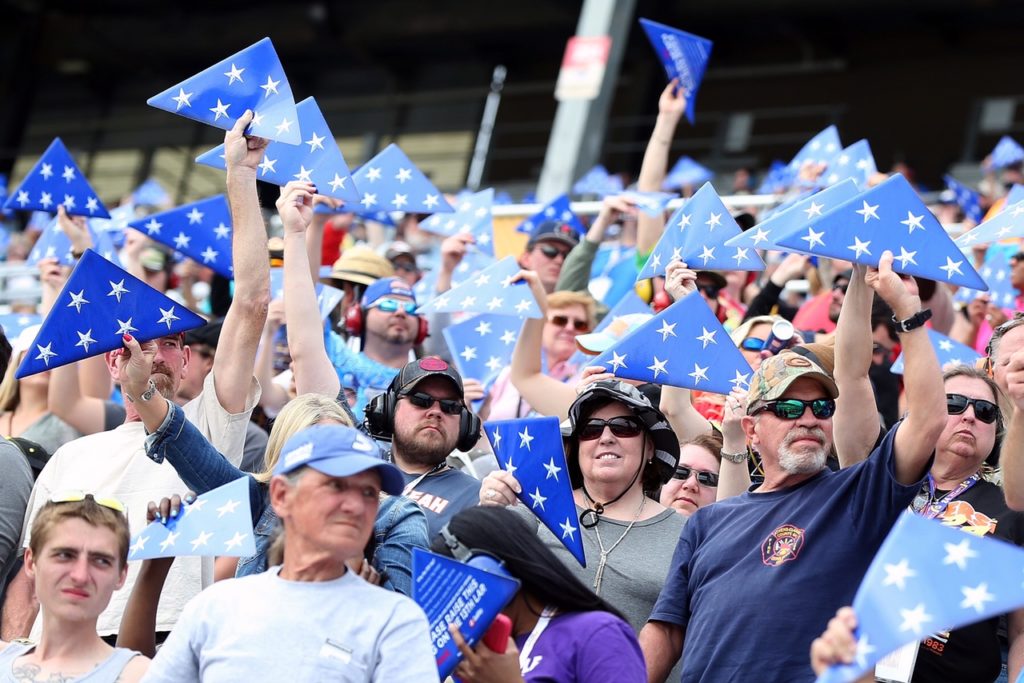 While it appeared that Kyle Busch could be a possibility for a third title of the weekend in Sunday’s Folds of Honor QuikTrip 500, his third place start just wasn’t be enough to bring home the checkers. Following the drop of the green flag in the second race of the Monster Energy NASCAR Cup Series season, the pole winner Kevin Harvick began his domination of this race and went on to win the first two stages with ease. That is all while the weekend’s king fell flat due to a tight-handling car and remained at least a lap down a majority of this race.

As the laps wore down in the Fold of Honor QuickTrip 500, race leader Kevin Harvick would fall victim to what many drivers experienced throughout the day – a pit road speeding penalty. With only 14 laps remaining in this race it was going to be very difficult for the once Happy Harvick to find his way back to the lead. Following Harvick’s fall, young gun Kyle Larson would take the lead, but fall short of his first Cup Series win after the No. 2 of Brad Keselowski would pass Larson to take the lead with only six laps to go.

While Larson tried to find his way back to the front of the pack, Keselowski was able to hold his line to defeat the young driver by .564 seconds. 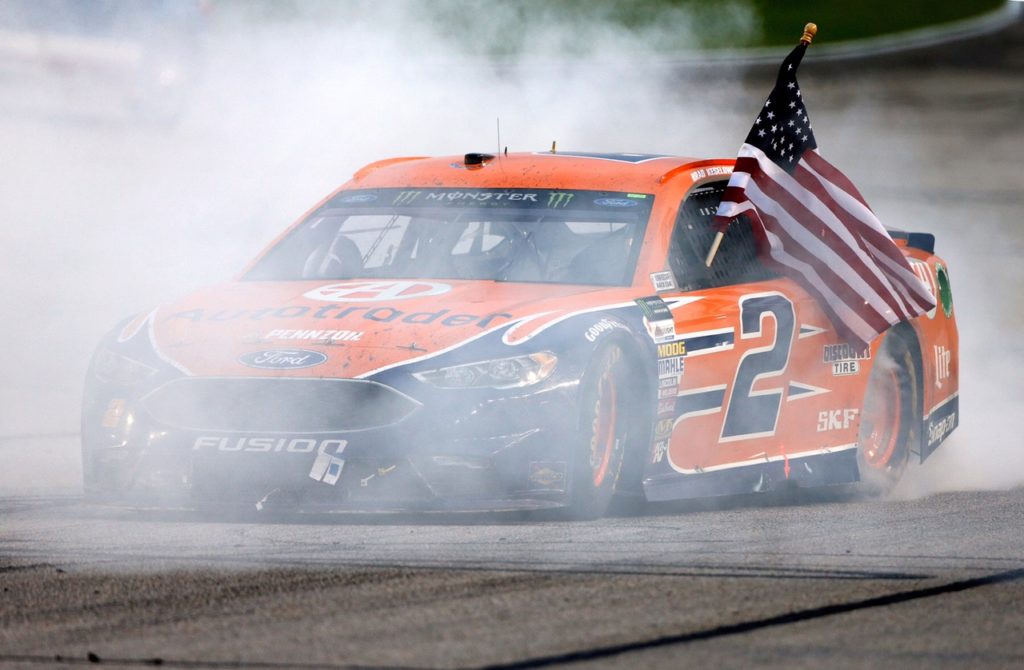 “This one kind of fell in our lap at the end, and my team put it all together when it counted,” said Keselowski. “They gave me a great Autotrader Ford Fusion, and we were able to get by Kyle there at the end. I knew that he wasn’t going to be easy to pass. His car was great, and I was able to make the right moves to get by him.”

Keselowski is third in the standings, six points behind Harvick.