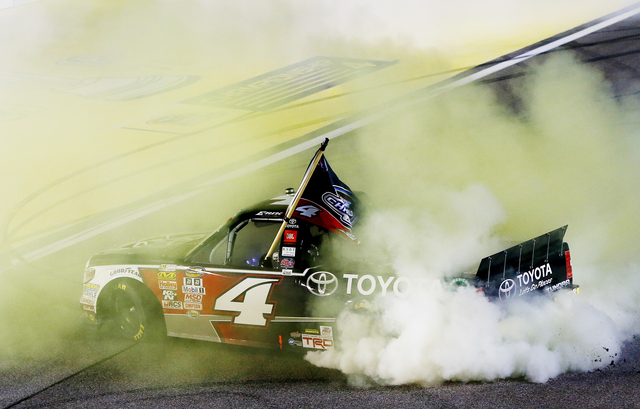 NASCAR Chairman and CEO Brian France announced Tuesday morning at his annual state-of-the-sport address kicking off the 34th annual Charlotte Motor Speedway Media Tour that there would be immediate changes to the point system for the NASCAR Xfinity and Camping World Truck Series in 2016.

A victory in the first 26 races all but guarantees a driver entry for the championship chase providing they are in the top 30 in points and have attempted to qualify for each race.

The first bout will be called the Round of 12 running at Kentucky, Dover, and Charlotte. The driver’s points will be adjusted to 2,000 points plus three bonus points for each win in the first 26 races. If a driver wins a race in the Round of 12, the driver is automatically advanced to the next round. The remaining positions will be filled by the points standings.

Those Xfinity drivers that advance to the Round of 8 will compete at Kansas, Texas, and Phoenix with everyone even at 3,000 points. Then just as before, a win and you’re in for the Championship 4 at Homestead with the field being filled out on points.

At Homestead, all four drivers move up to 4,000 points and one Championship 4 driver that finishes the highest will be declared the NASCAR Xfinity Champion.

For the NASCAR Camping World Truck series, just as its predecessors, a driver must be in the Top 30 in points and has attempted to qualify for all of the previous 16 events.

The first Round of 8 consists of New Hampshire, Las Vegas, and Talladega. The second Round of 6 race at Martinsville, Texas, and Phoenix. A win advancing in either round advances to the next level and on to Homestead and as a member of the elite Championship 4. 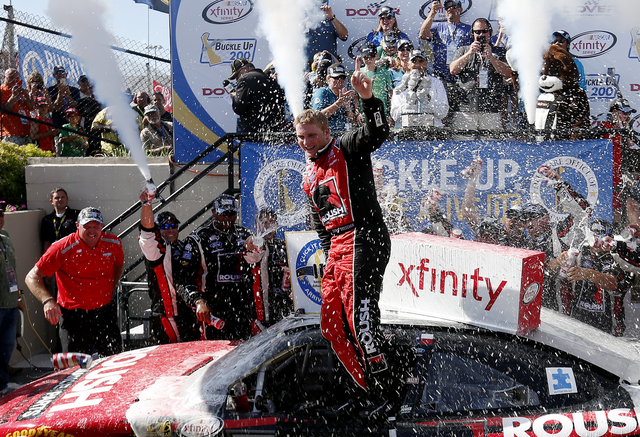 Drivers still must declare a series in which they will earn points and be eligible to compete for a championship only in that series. Under the new system, the 16 drivers that qualified for the 2015 Chase for the Sprint Cup will not be allowed to compete in either the Xfinity or Camping World Truck Series season finales at Homestead.

Both the NASCAR Xfinity and Camping World Truck series start next month at Daytona for SPEEDWEEKS 16.