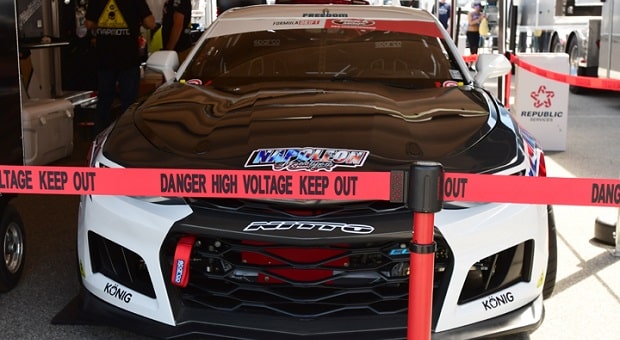 The Camaro, with its sponsor graphics and bright colors, looks like any other racecar in this weekend’s Formula DRIFT paddock at Long Beach. That is, it looks like every other racecar until the carbon fiber hood is removed and the 800 pounds of batteries are exposed inside their carefully crafted boxes with a clear top.

Napoleon Motorsports built the world’s first electric Pro Formula DRIFT Camaro within a space of less than six months. The Chevrolet Camaro EL-1 has been assigned to 2018 Formula DRIFT Pro2 champion Travis Reeder; the team traveled from its Houston, Texas-area workshops to Long Beach, expecting to be racing in the series’ 16th season (and 13th season starter on part of the Acura Grand Prix of Long Beach street circuit). 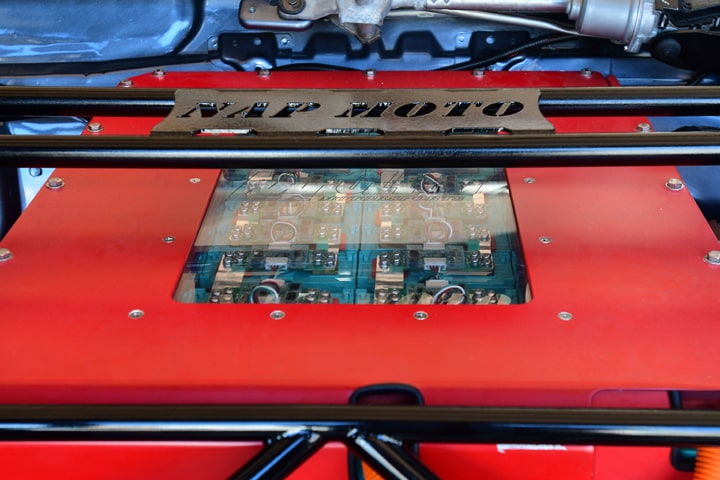 Napoleon Motorsports has a successful history campaigning sports cars in the TransAm Series by Pirelli TA2 class with driver Shane Lewis, also competing in select TransAm West Coast championship contests. According to team owner Joe Napoleon, the objective with this car is to compete at the highest level of Formula DRIFT.

The team arrived in Long Beach in time for Tuesday’s media day and duly passed Formula DRIFT technical inspection. The tech tag is visible in the left front corner of the windshield. Then the Long Beach Fire Department (LBFD) stepped in and said they were uncomfortable, didn’t feel ready to deal with the car in an emergency situation. The fact that Long Beach held two FIA FormulaE contests a few years ago makes the department’s statements suspect. 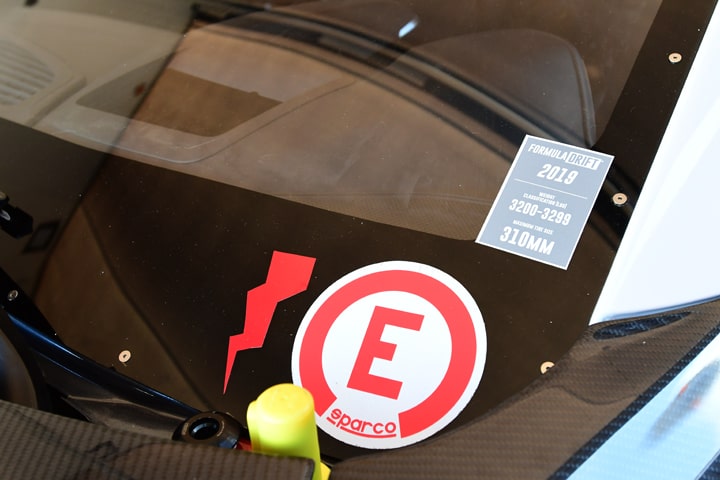 During media day the team offered LBFD a training class early Friday morning before practice began so LBFD would feel comfortable dealing with the car and understood how to use the three FIA-approved shutoffs placed at specific, standard places on the vehicle.

“We’ve met FIA regulations,” said Justin Napoleon, who is in charge of marketing/PR for the family enterprise. “We used Formula E safety aspects as a template to build this car and it’s built to FIA regulations for EV race cars.” 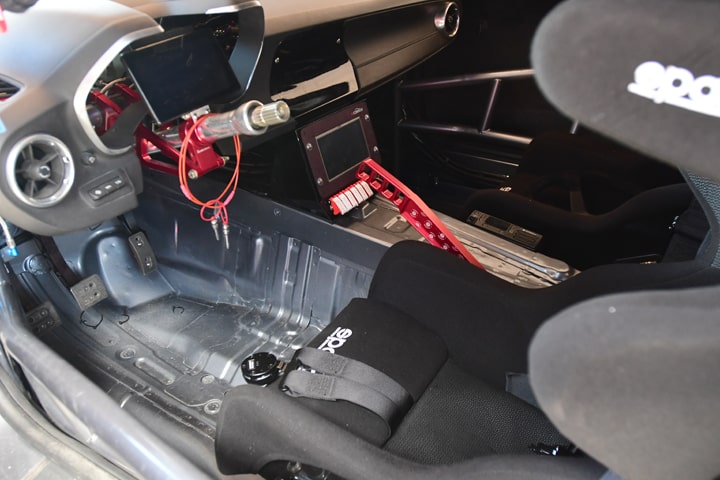 The EL-1 is using DC, rather than AC power, which is much safer and easier to package. It’s safer because DC makes it unnecessary to swap polarity back and forth. The AC conversion takes place with an inverter in the trunk area next to the single motor, sourced from a trashed Tesla.

The EL-1 has been tested in both static and active situations for the past month and the Napoleon family feels certain it’s ready to race. “We’ve tested enough to know that the car does drift properly,” Justin Napoleon said. “We were ready go come here this weekend and compete because we know the car works.” 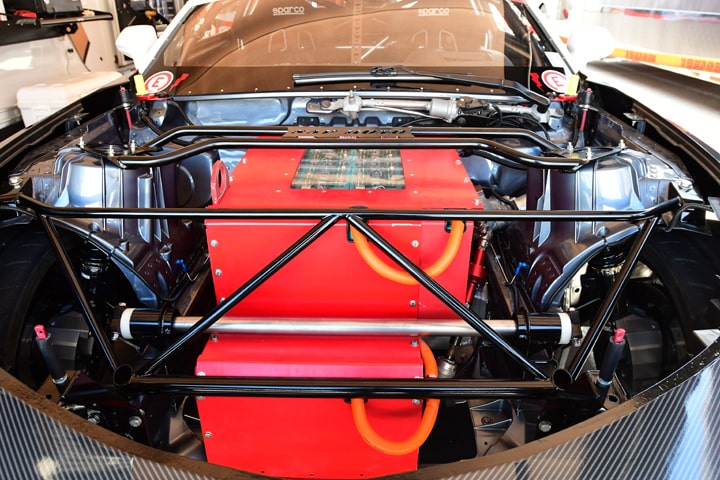 Napoleon Motorsports wants to respect Formula DRIFT and Long Beach. They’ll compete this weekend with their internal combustion engine back-up car and build anticipation for the electric car’s debut, which should happen at the second Formula DRIFT race at Orlando in May. “We’ve been reaching out with Orlando’s safety department to make sure they’re ready for us there.”

What could have been an exciting and compelling entry for the season opener of Formula DRIFT this weekend has turned into a boondoggle. The other drivers want to compete against Reeder and the EL-1; Formula DRIFT has blessed the package with a proper tech sticker. The excuse of needing a permit just doesn’t ring right on the eve of the race, which has full permits for competition.

Addendum: Early Friday morning, the following official statement was released: “Formula DRIFT will be following the recommendation from the City of Long Beach and the Acura Grand Prix of Long Beach that the fire safety crew will not have the adequate time to train in case there’s an emergency with the car.”
The city claims there is an ordinance that prohibits electric and gasoline-powered cars on a track at the same time; that said, it’s surprising Formula DRIFT, which has had stories about this coming electric EL-1 Camaro, wasn’t advised of said ordinance.
About Anne Proffit 1010 Articles
Anne Proffit traces her love of racing - in particular drag racing - to her childhood days in Philadelphia, where Atco Dragway, Englishtown and Maple Grove Raceway were destinations just made for her. As a diversion, she was the first editor of IMSA’s Arrow newsletter, and now writes about and photographs sports cars, Indy cars, Formula 1, MotoGP, NASCAR, Formula Drift, Red Bull Global Rallycross - in addition to her first love of NHRA drag racing. A specialty is a particular admiration for the people that build and tune drag racing engines.