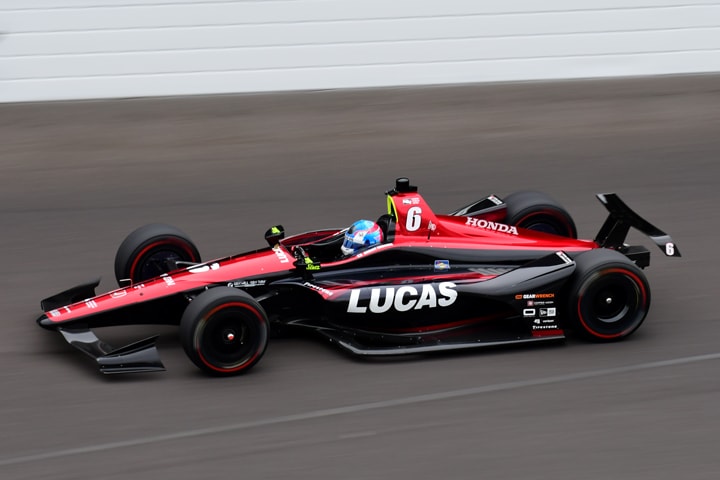 The stories of this year’s 102nd Indianapolis 500 are being told day by day, since the track opened for practice on Tuesday, May 15. Whether discussing speed of different cars, makeup of various teams, the prospect of an over-full field for the 33 available grid spots, replacement drivers, weather and the overtly competitive nature of this spectacular event, there’s been something to talk about every single day leading up to May 27.

Several weeks before the track opened for Indy 500 practice, the prospect of bumping was on many minds. What if Danica Patrick, making her final race start, was unable to make the field? Fortunately, that wasn’t an issue as she not only stuck her No. 13 Ed Carpenter Racing (ECR) Chevrolet-powered Indy car in the race, she was able to secure a spot in the first three rows. Along with her teammate Spencer Pigot who will start sixth, Patrick found herself firmly ensconced on the sharp end of the grid in seventh position. 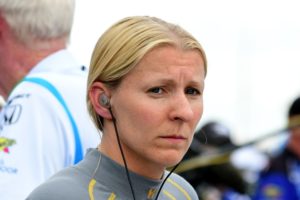 Team owner Ed Carpenter usurped both his ECR teammates, earning his third pole position in the past six years. The only driver to turn a qualifying lap above 230mph during Sunday’s Fast Nine Shootout, Carpenter gave the home troops a hero to root for – again. While the best result former sprint car ace Carpenter has yet secured at Indy is a fifth-place finish for Vision Racing in 2008; last year, after qualifying second, he earned an 11th place result.

This has been a fairly disastrous fortnight of May for Schmidt Peterson Motorsports (SPM) and their technical partner Meyer Shank Racing (MSR). Team leader James Hinchcliffe became one of two statistics in Saturday’s Bump Day; with 35 car/driver combos on the premises, two would fail to qualify for this race, but who would have ever thought it would be Hinchcliffe, currently fifth in Verizon IndyCar Series championship points?

Certainly the driver didn’t think he’d be sitting out his second 500 in three years. After a near-death accident in 2015, Canadian Hinchcliffe returned to the Brickyard to earn pole position in 2016 and finish seventh, his second top-10 result in six races. The track has been a boomerang for Hinchcliffe; he is either right there or nowhere, as three times he’s had to retire due to contact. This year, despite not qualifying the driver still did his promotional duties for the Indy 500 and will compete in the Pit Stop Challenge on Carb Day. 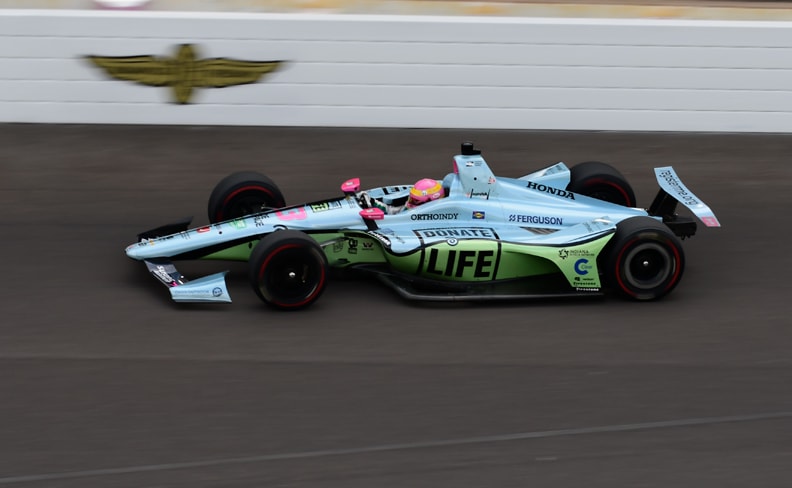 “Several weeks before we even got here,” said Piers Phillips, Schmidt Peterson Motorsports’ team manager, “I questioned why bumping should even be considered if there were sufficient entries? After all, more than 33 have been started here before.” When his lead driver failed to make the grid, something Phillips never saw coming, the was pleased by the civility with which Hinchcliffe took the failure. It was a team issue, not a driver problem but still, who wouldn’t be upset?

SPM intended to be a four-car team at Indy this year, with Hinchcliffe joined by rookie teammate Robert Wickens, Jay Howard and Jack Harvey, who races part-time for Meyer Shank Racing through an SPM technical partnership. The issues went way beyond Hinchcliffe’s failure to make the field: Wickens, who was second-quickest one day of practice could only muster an 18th place starting spot with his Sunday lap of 226.296mph (pole is 229.618). 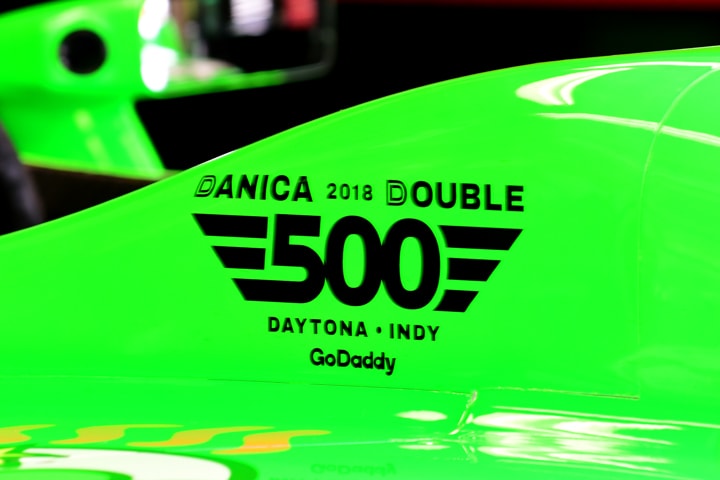 Wickens has been quick everywhere. What happened? Then Jay Howard’s best saw the Briton take 28th place in qualifying while Harvey lines up inside the final row. In his first Indy 500 last year, Harvey qualified 27th and was gone by lap 65 due to contact. Phillips has been worried by Harvey’s lack of pace leading up to the race but there’s really nothing he can do about that.

There’s not much, other than attempting to find parts he needs to rebuild Wickens’ machine following his Monday accident – all four corners were damaged but the chassis, while blemished is not destroyed – and the engine survived, another plus. Getting the driver’s head in the right place to race on Sunday after Carb Day practice on Friday, that the team can do. Keeping morale up when parts are unavailable (SPM has been waiting for some items since November) isn’t exactly what Phillips signed up to do after his successful career in sports car competition. 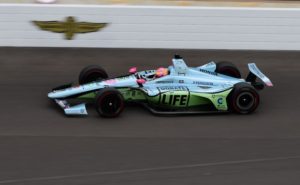 But that’s what he faces: one driver out of competition; one driver who wrecked his primary car (don’t forget these crews have a doubleheader next week in Detroit), one driver whose lack of pace is head-scratching. Only Howard has, to this point had an uneventful race meeting, but his accident last year that catapulted Scott Dixon out of competition is on a lot of peoples’ minds, especially since Howard doesn’t race in this series regularly.

The other driver who failed to qualify is Pippa Mann, working once again with Dale Coyne Racing. While she’s never been a specifically fast driver, Mann has been a steady competitor whose cause-based entries have been among the more popular throughout her tenure. Her best result came last year when she finished 17th in her sixth 200-lap race. Could this be Pippa Mann’s last Indy 500? It would be the worst way to end her career here. But. Bumping.

Last year Dale Coyne Racing struggled with the issue of having to replace Sebastien Bourdais for all but the season finale after his accident during qualifying. Coyne chose James Davison, this year driving a third A.J. Foyt Racing entry for Foyt with Jonathan Byrd/Hollinger/Belardi Racing, then had to find substitutes throughout the season. This year, part-timer Pietro Fittipaldi had an accident while racing a sports car and was replaced by Zach Clayman De Melo, who lines up 13th in his first 500. 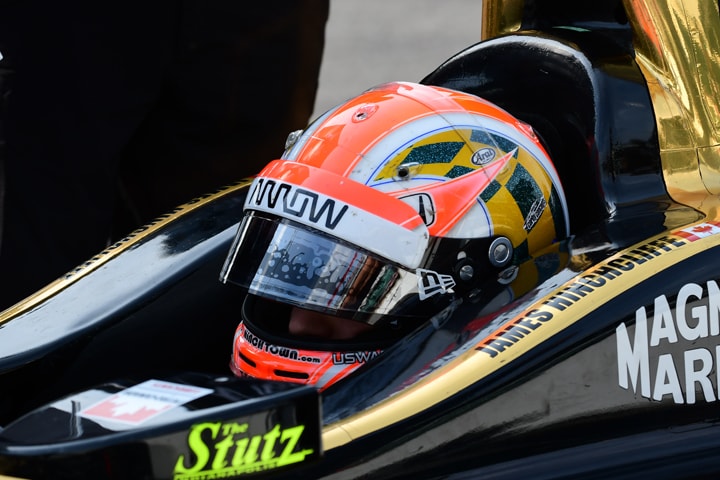 INDYCAR is in business as a sport, but it’s also entertainment, even though it hasn’t always come through in that regard. Would another two entries have made the tradition lovers unhappy? Most likely so, but the loss of Pippa Mann and James Hinchcliffe is a black mark on the sport. In particular Hinchcliffe’s situation, where he’s part of the Winner’s Circle program. This could have been avoided if the series had a program similar to NASCAR’s where stakeholders have guaranteed spots.

It is NASCAR-like to suggest this ideology of giving the regulars a guaranteed spot, but with the amount of money it takes to run these teams, it’s a huge loss for the sport and for the fans that proudly sport the black and gold of Hinchcliffe’s ARROW-sponsored Honda-powered racecar. Just as it’s a black spot for Mann’s Donate Life cause, which is attempting to convince people to consider organ donation.

Life goes on at 16th & Georgetown, despite the worrisome politics going on. Perhaps, should the situation arise again in the future INDYCAR will have a better way of dealing with bumping. Maybe they won’t. As traditions at this track fall by the wayside, what’s one more?