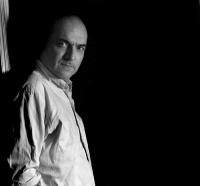 Writer Clive Branson has given HotRodHotline.com a series of muscle car stories to fawn over, and we would like to share those stories with you.

“A car can be a temple of desire and worship.  The car is a reflection of our self-imposed expression.  Since the 1960s, society has gradually forced manufacturers to acquiesce restrictions concerning safety, pollution, and gas consumption, leaving the car designers a certain inertia for individual styling and character,” said Branson.  “Ironically, the car design has done a complete circle, becoming more of a utilitarian vehicle designed by computer analysis, committee decisions, financial restrictions, and environmental regulations.”

Clive Branson, like most of us, appreciates the classic muscle car and knows the importance of a classic within a family dynamic, and that dynamic and importance is what he showcases through these stories.

Ray and Lorraine Villeneuve own this beautiful 1930 Ford Victoria, which they consider to be a testament of time and passion.  They had had an interest in this model for years, and finally found theirs on the Internet in 2013.  They drove the 310 miles to the car’s location and purchased it on the spot.  Read more about the ocean-blue Victoria’s purchase and restoration here.

John Ricci owns a Model Tall T Coupe, otherwise known as the “tall boy” for its unique telephone booth-shaped body, and after Ricci’s beautiful customization, the Tall T Coupe remains stylishly distinctive, peppy, and compact with punch.  Ricci did not purchase this as a complete car, he built it piece-by-piece as a six year project.  The body is from Ottowa, the doors are from Boston, the hood is from Alberta.  Read more about Ricci’s extensive build here.

Larry Way’s dream machine is this 1940 Chevy Coupe that he bought back in 1977.  The hot rod was in great shape when he purchased it, and he is always updating it and keeping it fresh even though it did not need a full restoration.

“I have fun driving it and knowing that I’m preserving a piece of history,” says Way.  Read more about this flared-fendered beauty here.

Jeff and his wife Jennifer admired a purple 1972 Dodge Challenger from afar at a dealership in Ontario and after the car beckoned them, they took it out for a test drive.  Unfortunately, the dealership’s price did not line up with their price range.  It was sold to another buyer not long after.  Two years later, Jeff found the car for sale again online and, as fate would have it, the seller was prepared to sell the car for the same amount Jeff had offered the dealership.  They took the four hour trip to the car’s location and purchased it immediately, and have never looked back.  Read more about this miraculous coincidence here.

This 1968 Mustang GT Fastback bounced around in David’s family for years, even causing familial problems when it was left to David and his brother.  David never wanted a Mustang, but eventually began to see it as “his” car and in time, learned to love it.  Read more about the conflicts and solutions that came about because of this Mustang here.

Joey Dube’s 1970 Ford Torino is yellow, bulbous, heavy, and about as sexy as a milk float.  However, the power in the Torino’s 429-block 532 ci Super Cobra Jet more than makes up for it.  The car’s menu comes with a rolodex of racing supplements: a Scat Rotating assembly, Canton main girdle, ARP main studs and head studs, custom Bullit Racing Roller Cam Shaft and Lifters, and so much more.

“The neighbors don’t appreciate it, the police don’t tolerate it, and it gives a bad impression to the kids,” says Dube.  “This is not a car for the faint-of-heart.  In fact, I love all the attention it generates.”  Read more about this beast here.

Peter Stanley’s sunset-orange hot rod is a testament of what you can do with a scalpel rather than a sledgehammer, but don’t assume it is a “trailer queen”.  He first purchased a 1940 Mercury in 1972, but had wanted to buy a 1930 Model A Coupe.  The car has been completely modified since he bought it, and it has won several awards since.  Stanley says, “I do not go looking for these trophys or awards.  The satisfaction I get is from building the car from scratch and the enjoyment I get cruising down the highway.”  Read more about the car of his dreams here.

Speed has always been a part of Dennis Gagnon’s life, and that is evident with his 1928 Ford Coupe and his 1930 Ford Roadster.  He purchased the ’28 Coupe in Vermont at a swap meet while itching to begin a new project, and inherited the ’30 Roadster from his father who purchased it in 1951.  Each restoration took between 2 and 2.5 years to complete, and he didn’t stop there.  He is now working on building a 1958 Corvette with more technology.  Read more about this enthusiast’s builds here.

This 1935 Chevy Master was purchased in 2003 in excellent shape with no rust, and it drives just like a new car.  The body and the paint took the longest to restore, especially since the original color was black matte and he had it painted two toned with a black body and champagne top, and then had it repainted all black since it didn’t look very good.  Since then, it has won prizes and gets very positive feedback.  Read more about this beauty here.