Round 2 of Muscle Car Madness was mind-boggling as the 1969 Chevrolet Camaro SS went up against the 1977 Chevrolet Camaro Z28. The ’77 Camaro took an early and sizable lead against the fan favorite ’69 SS, but a late rally pushed the ’69 to victory by an uncomfortably close margin.

Here’s how the bracket looks so far:

For round 3, we’re jumping ahead a few years to modern muscle cars, pairing up the 2013 Shelby GT-500 with the 2014 Dodge Challenger SRT. Which heavy-hitter will be the winner of round 3? Only your votes can decide!

Vote for your favorite muscle car in the poll below! 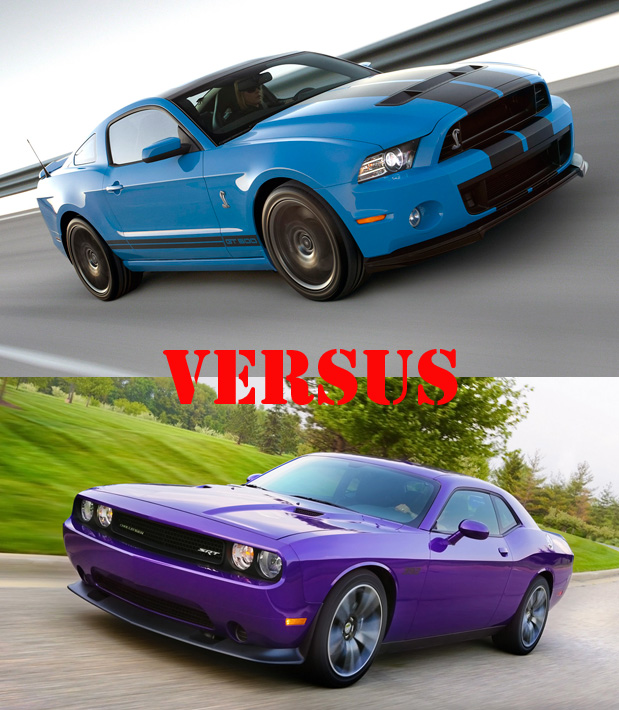