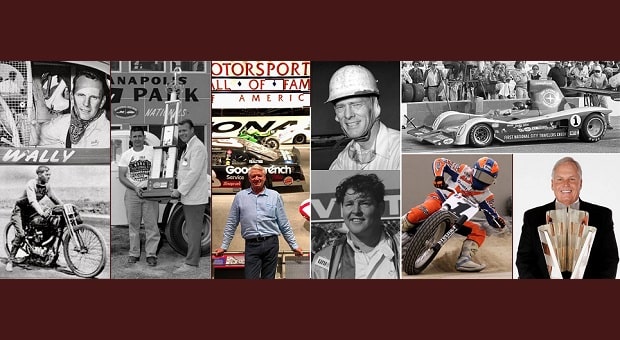 From the NASCAR side, the Hall chose to salute that series’ first champion Robert “Red” Byron in its Historic category, as well as Rick Hendrick, one of the sport’s most successful team owners, awarded recognition in Stock Cars, while Daytona 500 champ Tiny Lund receives Historic commendation. Sports car champion Jacky Ickx earns recognition, while quarter-mile legend “Ohio” George Montgomery is selected for his achievements in drag racing.

Wally Dallenbach, who had a stellar career both behind the wheel and as an official, is inducted for Open Wheel classification, while Chris Carr’s flat track exploits give him entry in Motorcycles. In the At Large category, the Hall selected publisher Floyd Clymer. First-time recognition in Off-Road Racing goes to the legendary Ivan “Ironman” Stewart, winner of the Baja 500, Baja 1000 and SCORE World Championship. 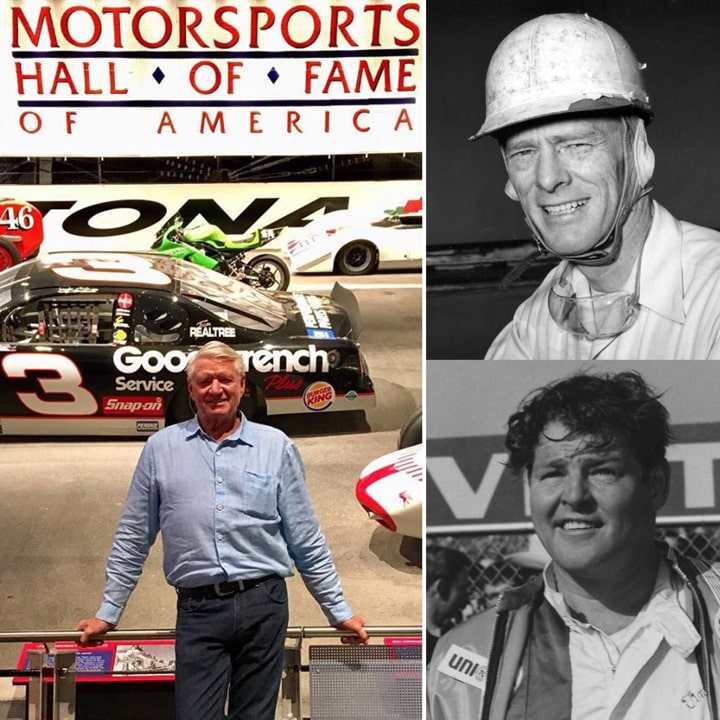 The Motorsports Hall of Fame of America, long a Novi, Michigan entity, moved to Daytona Beach in 2016; next year’s induction ceremony marks the Hall’s fifth consecutive in Daytona Beach. The 2020 Class was unveiled at Daytona International Speedway where the Hall is housed in the track’s Ticket and Tours Building, located in front of the 2.5-mile tri-oval. NASCAR races at the track this weekend.

“We are delighted to welcome our largest class of inductees in recent years into the Motorsports Hall of Fame of America,” said Hall president Ron Watson, who revealed inductees along with Daytona International Speedway president Chip Wile. “We have expanded to two enshrinees in the Historic category and are thrilled to introduce Off-Road Racing as its own category for the first time in 2020.”

The 2020 Class’ enshrinement takes place on Tuesday, March 17; this is the 32nd annual induction ceremony for the Motorsports Hall of Fame of America presented by Firestone. The two-day celebration includes the traditional black-tie gala as its crowning event, following a “Heroes of Horsepower” reception and strolling dinner at the Hall, to be held the previous night. 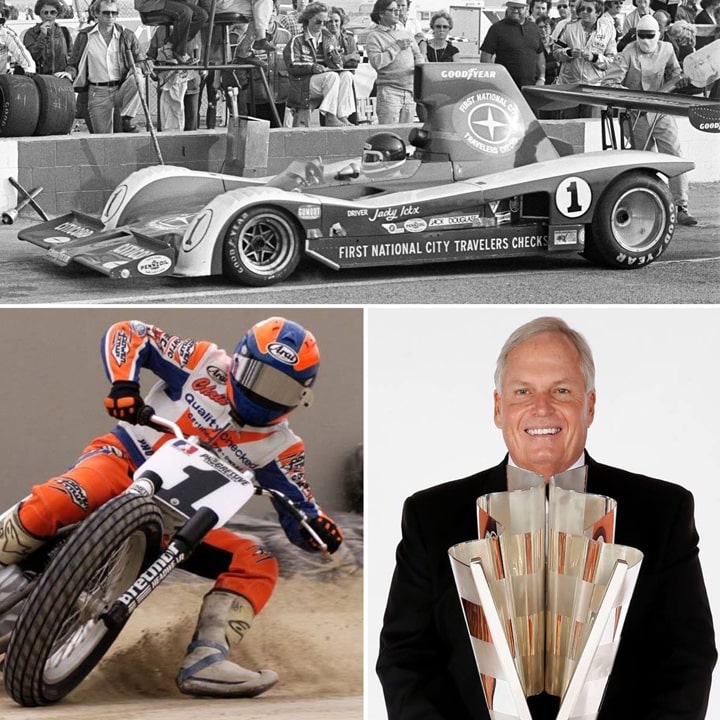 Here’s info about each of the inductees:

Robert “Red” Byron (Historic) – After his plane was shot up in World War II, the B-24 tail-gunner spent more than two years in the hospital before returning to racing. To do so, he had to bolt his leg brace to the clutch pedal. A sprint and midget driver before the hostilities, he concentrated on stock cars after. In 1948, he won NASCAR’s first ever championship, in the Modified Division. A year later, he became the first Monster Energy NASCAR Cup Series champion, propelled in part by victory in the inaugural Daytona Beach Road Course event. Fading health caused him to quit driving at the end of the 1951 season. Throughout the ’50s he was a mechanic for a number of sports car teams, including those of MSHFA inductees Briggs Cunningham and Jim Hall. He also was the crew chief for the Meister Brauser team, which won multiple championships. Byron, who died of a heart attack in 1960, was named one of NASCAR’s 50 Greatest Drivers in 1998.

Chris Carr (Motorcycles) – Carr dominated AMA Grand National motorcycle racing at the beginning of the millennium, winning seven flat track titles (1992, 1999, 2001-5) and finishing second all-time in wins (78) behind 2009 MSHFA inductee Scott Parker and ahead of inductees Jay Springsteen, Ricky Graham and Bubba Shobert. Carr also won seven AMA 600cc Dirt Track titles (1988-93, 1995), becoming the all-time leader in that category. Carr also ran in the AMA Superbike road racing series, finishing third in the 1995 standings and earning Rookie of the Year honors, and was twice the fastest man on two wheels. In 2006, he set a motorcycle land speed record of 350.8 mph, the first rider to exceed 350 mph, and regained the title in 2009 with a 367.3 mph average.

Floyd Clymer (At Large) – Clymer was one of America’s leading motorcycle racers in the 1910s and ’20s, then spent the last half century of his life as a leader in automotive and motorcycle publishing. Many of the books he published have become valuable reference works, including Motorcycle Topics and Cycle magazines and his Indianapolis 500 annuals, which he began producing in 1946, supplementing the prewar Motor Age editions. Later he promoted dozens of AMA national races and sponsored the winner of the inaugural Daytona 200 in 1937.

Wally Dallenbach, Sr. (Open Wheel) – New Jersey-born Dallenbach had substantial success as a driver, then went on to become one of IndyCar racing’s most effective administrators. After competing in Championship Auto Racing Teams’ inaugural 1979 season, he became its first director of competition and remained as chief steward until retiring in 2004. It was Dallenbach’s idea to establish the CART/Champ Car Safety Team, which set new standards for at-track safety services and saved many lives.

Rick Hendrick (Stock Car) – One of NASCAR’s all-time most successful team owners, Hendrick Motorsports has won a record 12 Monster Energy NASCAR Cup Series championships (through 2018): 1995-98, 2001, 2006-10, 2013 and ’16. As of Alex Bowman’s 2019 victory at Chicagoland, the Hendrick team had accumulated a total of 254 Monster Energy NASCAR Cup wins. They have also amassed over 50 wins in NASCAR’s Xfinity Series and Gander Outdoors Truck Series. Hendrick’s 100-plus acre campus in Concord, N.C. is one of the premier motorsports construction and preparation facilities in the world. Hendrick Motorsports also has developed into one of the sport’s premier engine shops, supplying his own and other winning teams with Chevrolet-branded powerplants. 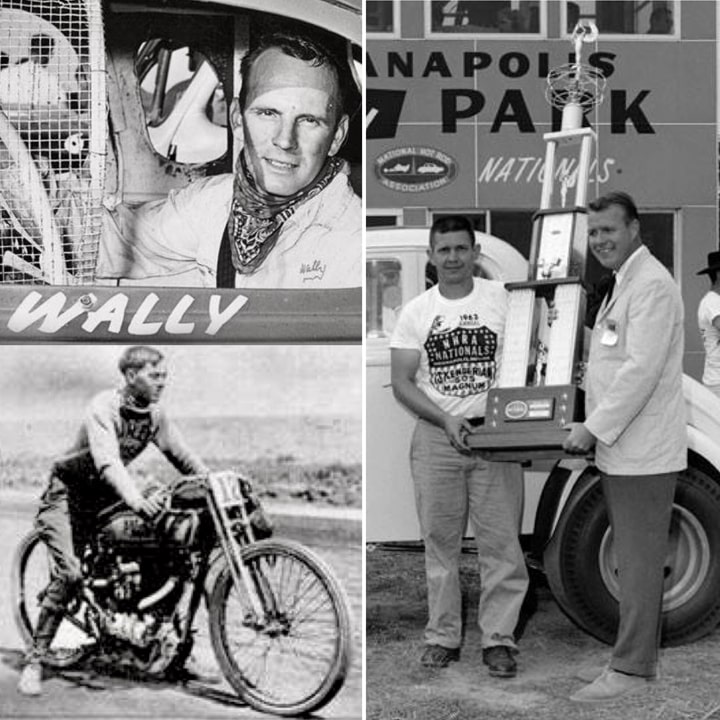 Jacky Ickx (Sports Cars) – This Belgian motorsports journalist’s son was a prominent F1 and sports car driver from the late ’60s into the mid-1980s, including a then-record six victories at the 24 Hours of Le Mans. But the credentials that are the basis for his induction into the Motorsports Hall of Fame of America are his triumphs in multiple series on North American soil: his 1979 SCCA Can-Am championship for Carl Haas, victories in the Mexican (1970) and Canadian (1969, 1970) GPs and multiple World Sportscar Championship (WSC) wins, including the 12 Hours of Sebring (1969, 1972), Rolex 24 at Daytona (1972), Mosport 1000k (1984) and Watkins Glen 6 Hour (1968, 1972, 1977) mainly in Ford GTs, Ferraris and Porsches.

DeWayne “Tiny” Lund (Historic) – At 6-foot-5 and 270 pounds, DeWayne Louis Lund was a big man with an ironic nickname. Lund won five Monster Energy NASCAR Cup Series races during a 21-year career, including the 1963 Daytona 500, and dominated the short-lived NASCAR Grand American Series, winning titles in three of its four seasons and 41 of 109 GA races. Lund might be best remembered for rescuing fellow driver Marvin Panch from his burning car during a practice session for the 1963 Daytona Continental, which led to his taking Panch’s place in the race. Lund, who was killed at the 1975 Talladega 500, was named one of NASCAR’s 50 Greatest Drivers in 1998.

“Ohio” George Montgomery (Drag Racing) – The Dayton native went from working on tractors in his uncle’s Ford dealership to “King of the Gassers,” the initial name for a cluster of NHRA classes for prewar-bodied cars running on gasoline. He won eight NHRA national titles between 1959 and 1968, most of them in his supercharged Chevy-powered ’33 Willys. He captured the prestigious U.S. Nationals four times and countless match races. Sponsorship from Ford in the mid-1960s led to even more success in the 8,800-rpm, SOHC 427-cubic-inch “Malco Gasser” Mustang. His George’s Speed Shop in Dayton may be the oldest such enterprise in continuous operation in the United States.