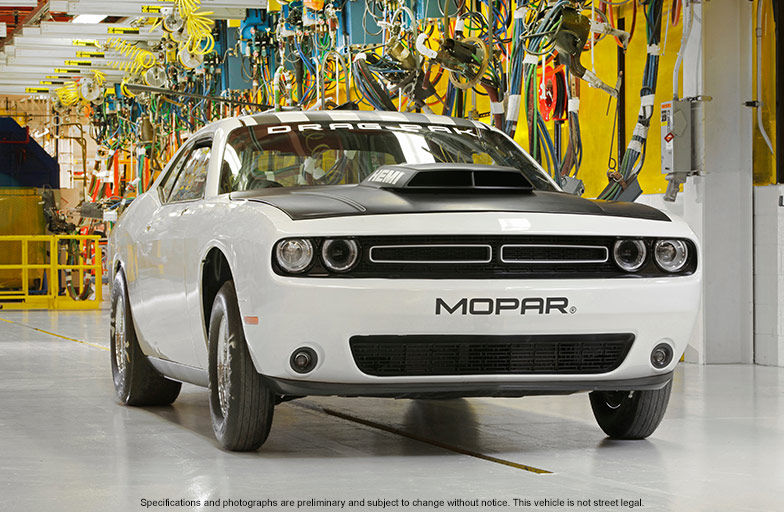 Mopar is calling the Supercharged option the “first blown package car,” claiming a consistent 8 second run, and a 0-150 mph in 1320 feet. The 354 is also a nostalgic nod to Don Garlitts 354 c.u. dragster. 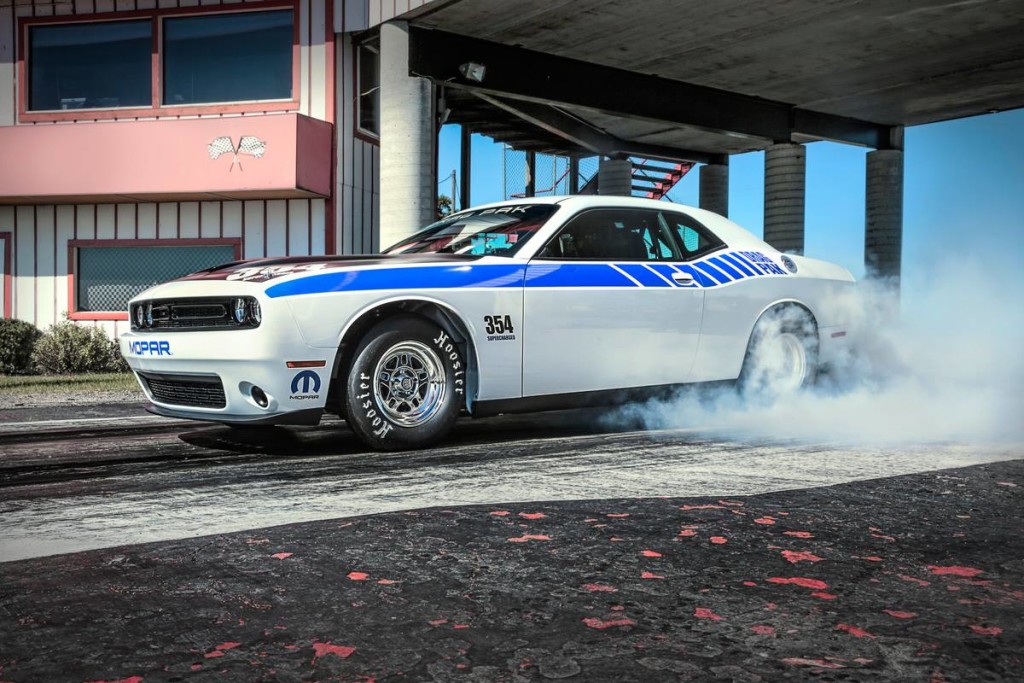 The Drag Pak options were refined based on feedback from Sportsman racers and include a race-prepped automatic transmission, a rear axle housing mounting scheme enhanced to let cars launch harder and faster, a re-designed roll cage, lightweight seats and a hinged hood that can be lifted with one hand.  Blue and black liveries also differentiate the packages (blue for supercharged, black for NA), but both can run at NHRA sanctioned events. Although not on the street. Make sure you’ve got your trailer ready to go.

The video below, courtesy of the folks at MotorAuthority.com, gives a little glimpse at the power (and let’s say unpredictability and not driver error, just to be kind) and torque of the new drag pak.