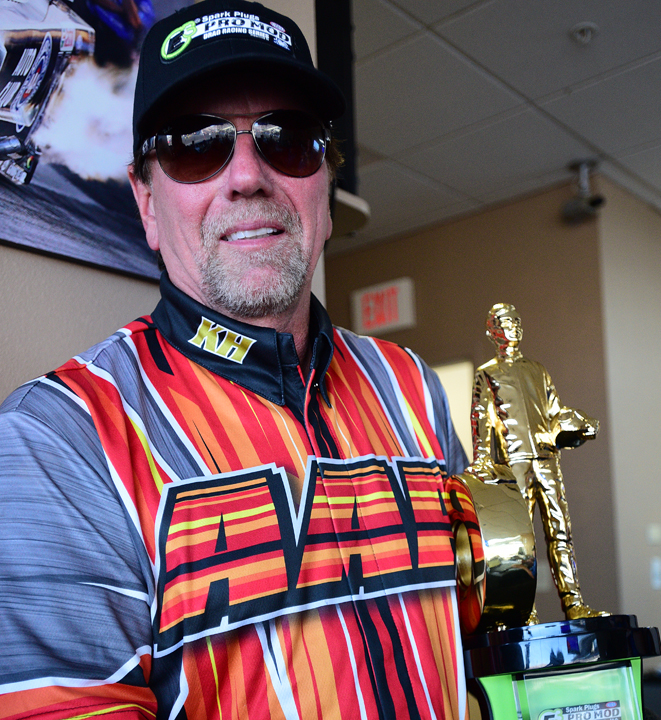 Mike Janis, NHRA’s 2018 E3 Spark Plugs Pro Mod champion, is being forced to hang up his driving gloves prior to the March beginning of the 2021 NHRA season.

Janis, the owner of Lancaster, New York’s Jan-Cen Racing Engines discovered, when he went to his physician for an angiogram procedure, that he had a large blockage which could have caused a “Widowmaker” heart attack, similar to one suffered by Funny Car racer Paul Lee a few years ago.

Hospitalized immediately for the condition, Janis had two stents inserted into the damaged artery on Monday. He was released two days after having this surgery and is recovering at home – and is already back in his shop.

After almost 50 years behind the wheel of a race car – Janis started competing in 1978 – he is listening to physicians who have told him that, if he wants to live, driving a race car won’t cut it. In a Facebook post on Wednesday, January 13th, Mike Janis Racing stated it was common knowledge the driver would face retirement at some point, but after a fourth place result in last year’s competition, the team hoped it would be later, rather than sooner.

The 61-year-old Janis, along with his team said, “Our plans currently include trying to find someone looking to partner and lease the operation as we try to bring MJR other World Championship.” There will be “another name on the window and in the seat. We have a Championship operation available here at Mike Janis Racing for someone that wants to take advantage of it.

“The plan is to be in Orlando for the Drag Illustrated [Doorslammers] World Series race then on to Gainesville (for the start of NHRA’s Camping World Drag Racing Series season). Let’s go get that 2021 Championship. We just have to find the right person.”

In addition to the car available for the right driver to campaign in 2021, Mike Janis Racing is also the proprietor for Mike Janis Superchargers and Jan-Cen Racing Engines. The family-led crew was in full-ahead mode as they prepped Janis’ car for a second World Championship in NHRA’s intense Pro Mod series, also assisting other racers with their engine programs as the start of the season gets closer.