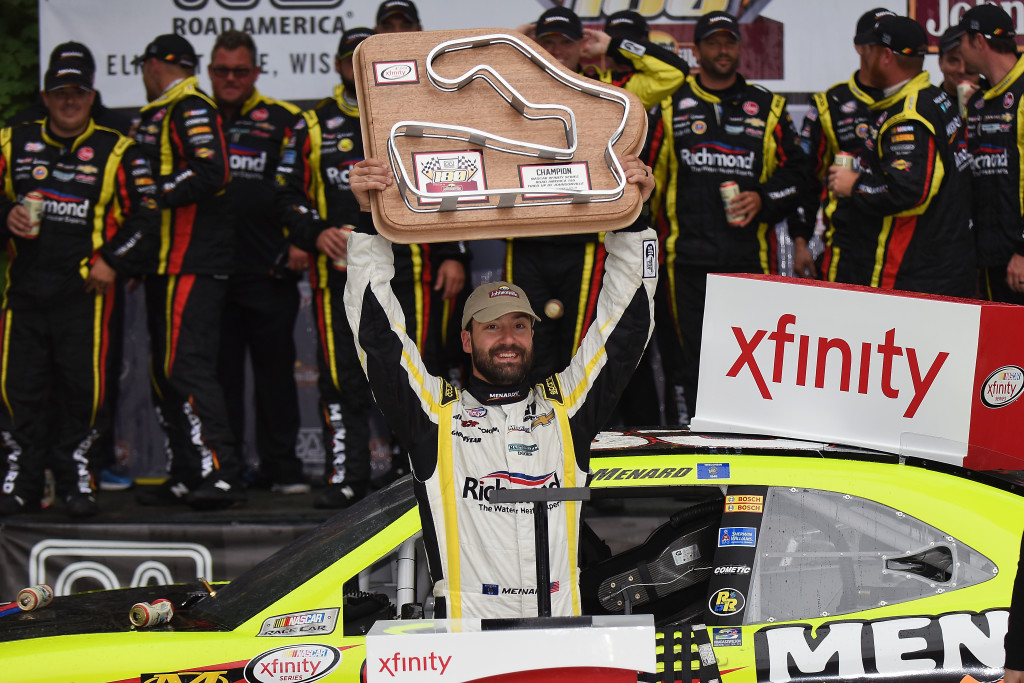 Photos: All credit to NASCAR

Wisconsin favorite Paul Menard drove his Chevrolet into victory lane, fending off a hard-charging Ryan Blaney by 0.572 of a second to win the Road America 180 Fired Up by Johnsonville NASCAR XFinity race on Saturday.  Using a fuel mileage line of attack of trading track position for a slow pace gave him just enough opportunity to be close to the front and a chance to stay there.

Fortunately for Menard, a late race caution caused by a buried Ben Rhodes in the turn 7 gravel trap kept the yellow unfurled longer than usual with 10 laps to go.  Then adding to that, a myriad of problems affecting more contenders on the track seeing the likes of Regan Smith and then leader Blake Koch fall by the wayside kept the safety crews and wreckers busy returning cars to the pits from different points on the course for a total of six caution laps on the 4-mile road course.

It was four laps to go when the green finally waved, clearing the track back to competition and the packed crowd was treated to a great battle, seeing Menard fight off Darrell Wallace first and then having Blaney on his bumper, contesting all the way until the finish. 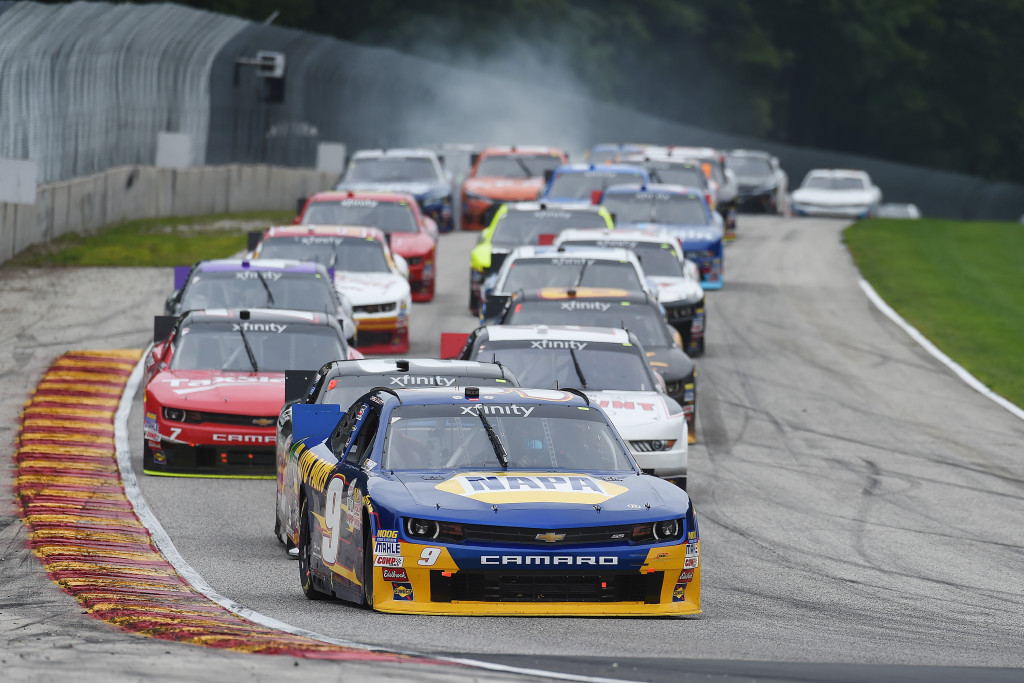 Menard had last pitted on lap 24 and then reduced his speed when others hit pit road, saving a needed two gallons to accomplish the mission of getting the Eau Claire, Wis. native to his third XFinity win and second in his home state.

“I’ve been really fortunate to win at some of the coolest tracks, Indianapolis, Milwaukee, and Road America is right there,” Menard said.  “These guys called a great race.  We didn’t have the fastest car.  We had a really good short run car.  We really burned off the rear tires as we ran, but our car was fast and [crew chief, Danny] Stockman made a hell of a call at the end.”

Menard said later that just another lap would have been too much, and if wondering about running out of fuel wasn’t enough, he also had to ward off Blaney.

“I was definitely concerned,” added Menard on both circumstances.  “I was saving as much as I could under caution, but then when we fired off, I was just chattering the left rear tire pretty bad.  It took a couple of laps for it to come in and then the 22 [Blaney] started burning his stuff up, but in the end, it came to us.”

After Menard and Blaney came Brian Scott, Chase Elliott, and Darrell Wallace, Jr. to round out the top five, respectively.

The points chase in the XFinity series sees Roush Racing pilot Chris Buescher still in the lead after finishing ninth.  He holds a 16 point lead over Chase Elliott and 19 over Ty Dillon with 10 races to go.

The average speed of the Road America 180 was 77.874 mph, slowed by three cautions for 11 laps.  There were nine lead changes among six different drivers.

The next NASCAR XFinity race will be the VFW Sports Clips Help a Hero 200 on the track “Too Tough to Tame” at Darlington Raceway on Saturday, Spet. 5 on NBC at 3:30 p.m. EDT. 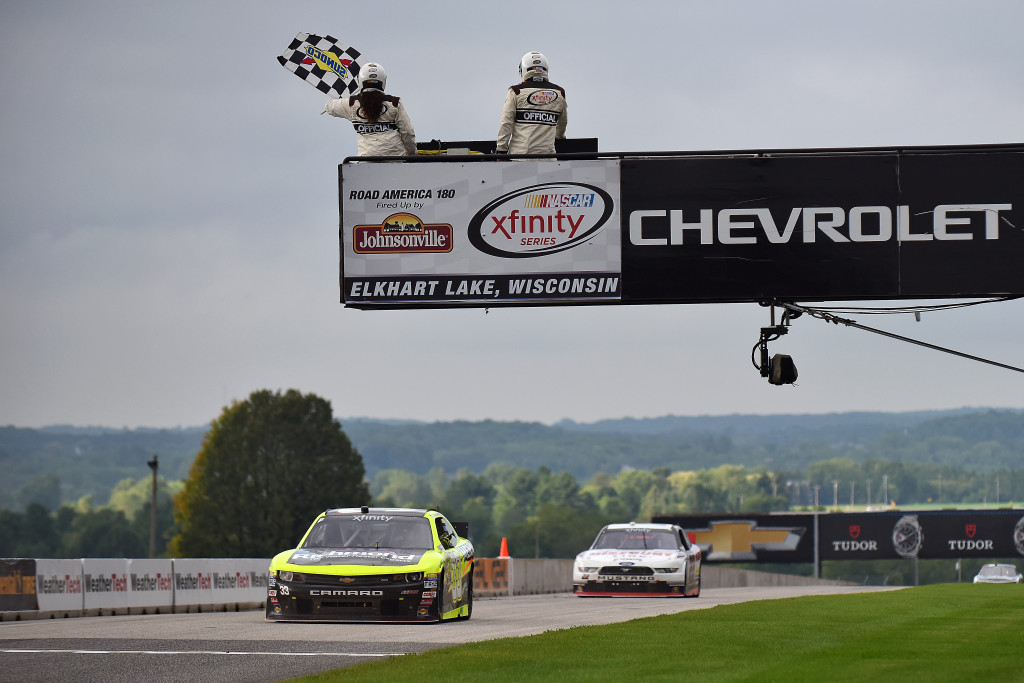