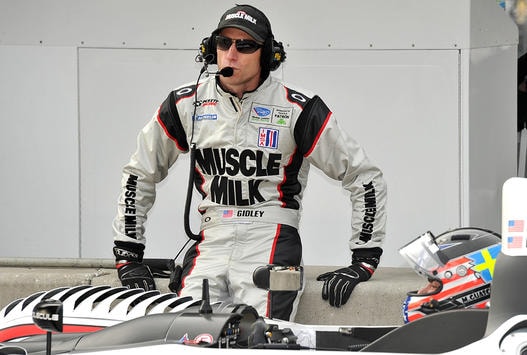 It’s nearly four years since Memo Gidley nearly lost his life in the first hour of the Rolex 24 at Daytona, when his Gainsco Corvette Daytona Prototype “Red Dragon” crashed into the slowing Risi Competitizione Ferrari F458 Italia driven by Matteo Malucelli. The accident happened in the infield esses past the horseshoe of the Daytona track; most everyone on-site thought the Californian was dead. They didn’t anticipate his spirit, nor his will to live and race again.

Since that time Gidley has had many surgeries, setbacks and scares, but he’s persevered and has been in a race car throughout the 2017 season. It hasn’t always been the kind of car the sports car standout and former Indy car driver might have preferred, but Gidley has developed the kind of patience most drivers never have. He’s always looked ahead, never back, and was cleared to drive nearly a year ago. 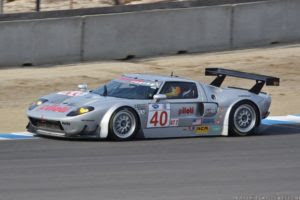 To prepare for driving proper race cars, Gidley immediately started working on, racing and winning in his go-kart; in late summer a testing opportunity in a Porsche GT3R with TKO Motorsports opened up and the Reno, NV team was so impressed they signed Gidley for the Pirelli World Challenge season finale at Gidley’s home track, Sonoma Raceway in mid-September. A week later, Gidley raced in the IMSA Continental Challenge race at Mazda Raceway Laguna Seca with Seattle-based USA Motorsports, piloting their Maserati GT4.

Last week Gidley received a call from his former team owner Kevin Doran, who asked if Memo was interested in turning laps in Doran’s Ford GT during the Historic Sports Car (HSR) Classic 24 Hour at Daytona presented by IMSA. Now, you’d think Daytona International Speedway would be the last place Gidley would want to race but it’s actually the opposite. “I immediately responded yes! Some people think I have a memory of my Daytona accident and I may be hesitant about getting back on the track. In actuality, it is the opposite. I have been waiting nearly four years for this opportunity!” 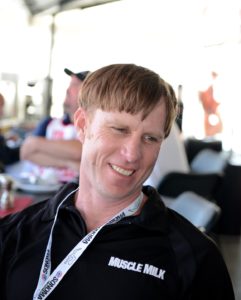 Doran built the 600-horsepower Ford GT in 2008 and, with Gidley part of his driving team, competed in the IMSA series. “I am excited to be back on Daytona, a track I love. And also to be around IMSA and the people at Daytona who I enjoy and respect so much,” Gidley said. “And [racing with] my past Daytona Prototype teammate and friend Brad Jaeger, and the talented legend – and my friend – Lyn St. James – awesome.”

Race car drivers are definitely a different breed. If a doctor tells them they’ll never race again, well, as it did for Memo Gidley, that becomes a reason to get back in a race car sooner rather than later. “My passion for racing and how I feel in the car makes me want to get back out there and show what I can do,” he explained. “After my accident, the recovery and what I was going through was very difficult. But my passion for racing is stronger. I am back and I just need opportunities [like this one] to show this.”

The HSR Classic 24 Hour at Daytona race is scheduled for November 9-11 and features six classes of cars competing against one another on the Speedway’s 3.56-mile road/oval circuit. The vehicles racing this weekend range in vintage from the early 1960s through to nearly current race cars. There are open and closed-cockpit cars, making this collage of competition a feast for eyes and ears. More than 150 entries have signed up to compete.