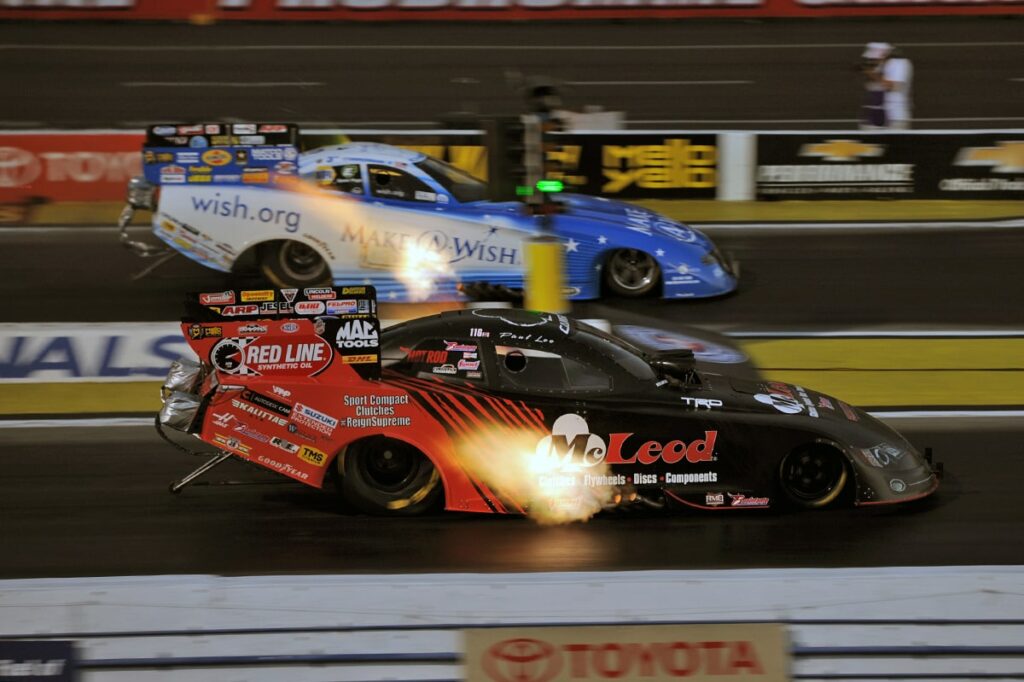 Paul Lee is a legend in the racing world. Not only is he the owner of McLeod Racing, an acclaimed drag racer, and a huge figure in the automotive industry, but he is also the survivor of a type of heart attack infamous for claiming it’s victims lives. RacingJunk spoke with Lee a few months after the heart attack, and the conversation centered around his plans for moving McLeod further forward and for saying goodbye to his racing career to focus on recovery.

Read More: What’s Next for McLeod’s Paul Lee Now that Drag Racing is Off the Table?

It turns out the goodbye was a bit precipitous. Thanks to some revolutionary medical treatments, and Lee’s sheer willpower (plus a little bit of luck), plans for Lee to compete in the NHRA Mello Yellow series in Nitro Funny Car this 2019-2020 season were announced at the 2018 Performance Racing Industry show. No one who knows Paul Lee could consider themselves surprised. 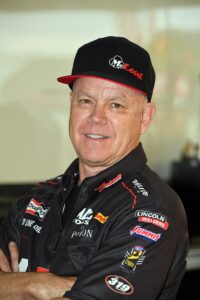 “At first, I was just glad to be alive. Racing wasn’t a concern, I was just glad to be here,” Lee says when asked about the news. “Because of the type of heart attack, the damage is permanent. My heart was stopped for half an hour. A healthy heart pumps out 60-70% of the blood. My Ejection Fraction was less than 30%. Anything under 30 is high-risk for another heart attack.”

However, Lee’s cardiologist is a forward thinker. One of his goals is helping people return to the lifestyle they had before their attacks. In Lee’s case, the doctor recommended a revolutionary treatment called external counterpulsation (EECP). Inflatable cuffs are strapped onto a patient’s legs and for an hour, five days a week for 7 weeks, a machine squeezes the legs in between heart beats. It’s a technique that works for some people, but not all. However, Lee was one of the lucky ones. Tests showed increased efficiency in his heart following the treatment. That opened up a range of possibilities, all helped by the healthy lifestyle Lee had maintained prior to the heart attack.

“I exercise four to five days a week, lift weights, and work to keep my heart healthy,” Lee says, and because of all that, and the continued success of EECP treatment, the cardiologist suggested he might be able to race again. For Lee, the answer was simple. Yes.

“The next step was to do a series of tests. We needed to see if the magnetos in the Nitro Funny Car would interfere with my defibrillator,” Lee explains. “I went to Del Worsham’s down the road to sit in his car and fire it up in order to test it since we could monitor the defib on the computer.”

The test was successful, and the next step was to try an actual run down the strip with the heart monitor on. 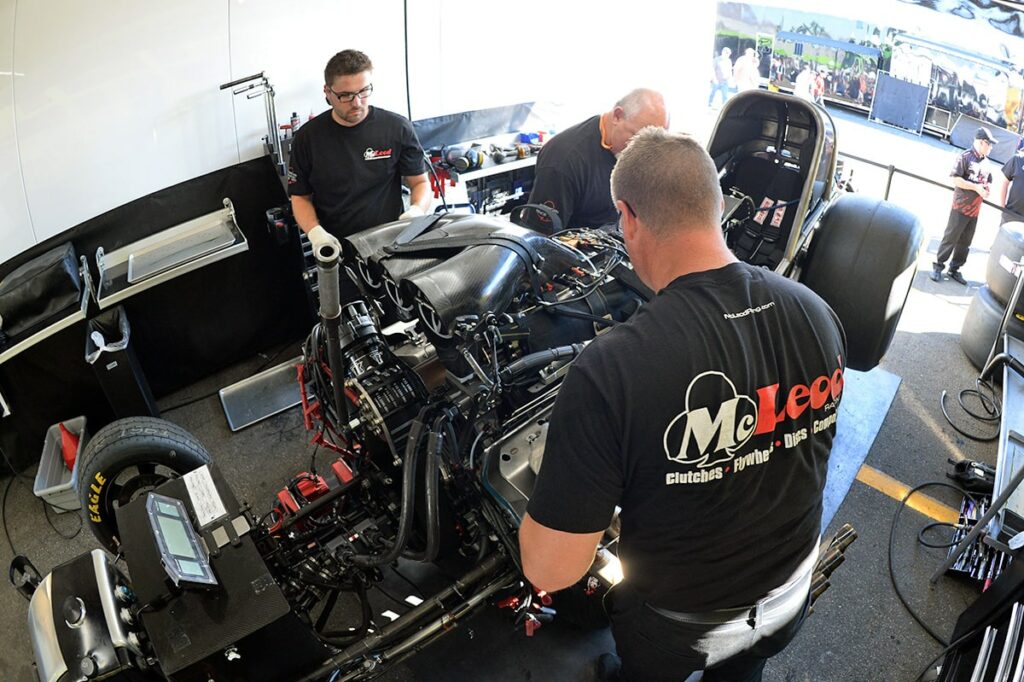 “In February 2018, JR Todd let me run the DSL car at Phoenix with my carbon fiber chest plate. Everything was fine, and the doctor cleared me to race.”

This was good enough for the NHRA, which requires a medical clearance following an illness or heart attack, something Lee will need to undergo every season. While the recovery is astonishing, Lee’s heart will always retain damage and one might wonder, why take the risk? Lee is cognizant of that question, and sees it less as a risk than as a lifestyle. He’s conscious of the concern of those who love him, but equally so of what he misses out on when he’s away from racing. 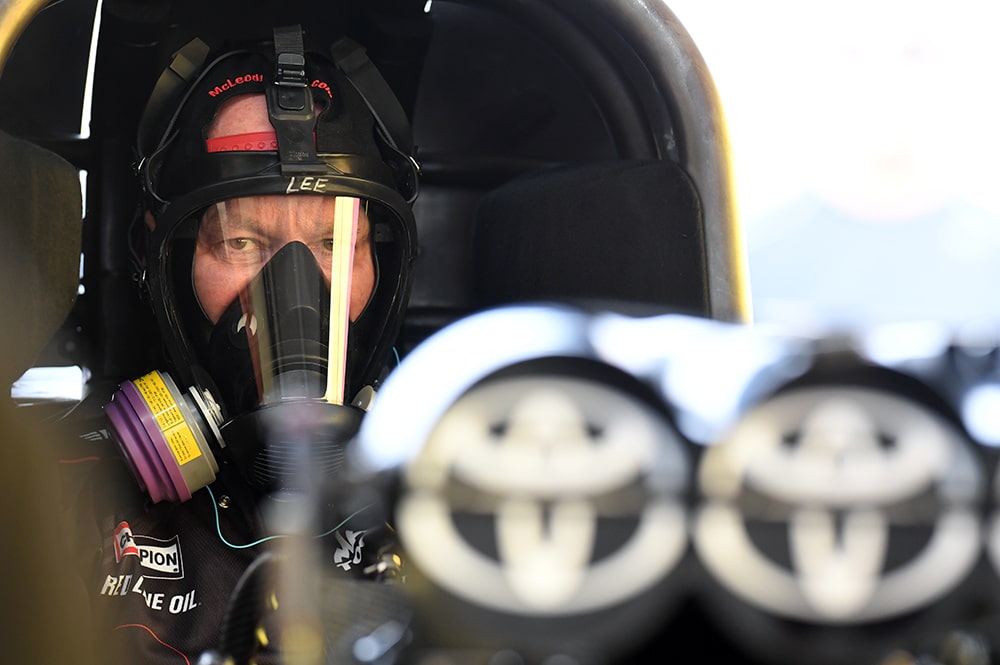 “If I can drive again,” Lee says, “I want to do it. Is it risky? The doctor doesn’t think so. Racing is my passion, but I don’t HAVE to do it. I’ve driven so long that I know what the car does, my heart rate is steady and I have to get a physical every year with the Nitro license. But my goal is to keep my heart healthy.”

“I’ve been drag racing for 30 years. My home away from home is at the drag strip. As long as I can remember, I’ve been racing. When I went to the track after the heart attack, I realized that when I wasn’t at the track, I wasn’t seeing my friends. This is my family. The response to seeing me was a little overwhelming in a good way. People were coming up to give me a hug, my racing friends and crew guys. I missed them. I wanted to be involved again.”

Lee’s first race was slated to be the DENSO Spark Plugs NHRA Four-Wide Nationals Las Vegas race, but they put that on hold to make sure the car was really ready. “It’s better to have things right,” Lee says, “Than to hurry just to make one race. There’s always going to be races.”

Fortunately for Lee, those words are true.

About Andreanna Ditton 217 Articles
Andreanna Ditton is the Content Manager for MotorHead Media and the Editor-in-Chief for RacingJunk.com/news. She's been working in the automotive publishing industry since 2007 focusing on racing and performance for motorcycles and cars.