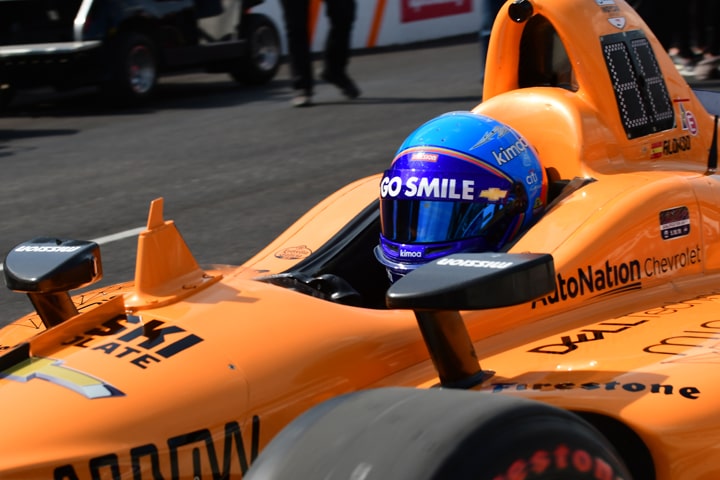 There’s been a lot of discussion going around the NTT IndyCar Series garage area at Indianapolis Motor Speedway: do we guarantee series regulars a spot in the Indianapolis 500 or does one get in strictly by merit?

This weekend showed a prime rationale to accept the latter format. Indy 500 starts have to be earned. When three of four Carlin-affiliated cars failed to make the field of 33 – full-season driver Max Chilton, partial season racer Patricio O’Ward and McLaren’s Fernando Alonso – it brought to the fore the fact that one must be prepared and must respect the great Indianapolis Motor Speedway race track. The inanimate  2.5-mile oval has no favorites but it does reward those that respect its heritage. 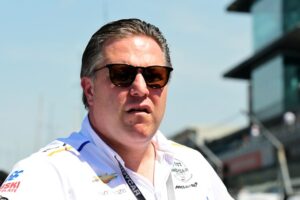 The failure of McLaren and its champion driver Fernando Alonso had the entire garage area rapt. The team was demonstrably unprepared for the Speedway and its varying conditions; they were wholly unprepared when Alonso had his second-turn crash on Wednesday of qualifying week and needed extra time to prep their spare car, not getting back on the track until Friday and then being 24th on the speed charts when boost was increased.

As a reminder, veteran James Hinchcliffe crashed in Saturday morning practice before qualifying; his backup car was ready at mid-afternoon for the Canadian to make his initial attempt to make the race. There were no excuses and everyone pitched in on the large Arrow Schmidt Peterson Racing team. Just a reminder that there is no “i” in team…

Alonso had a far easier time at the 101st Indy 500 two years ago when his effort affiliated with Andretti Autosport, the Honda-based team that’s had tremendous success in the 500, winning three of the last five races; this year the team ran Chevrolet engines, built their primary Dallara chassis with INDYCAR’s Universal Aero Kit (UAK) in-house in England and had a spare constructed by Carlin. They hadn’t prepped the spare until it was necessary. The paint wasn’t papaya orange; the gearing was wrong; the tire pressures weren’t properly calibrated – the list of errors is too long to condone. 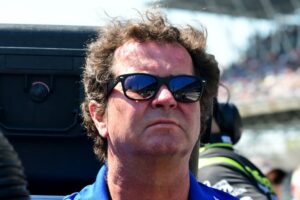 The team was always behind the eight-ball for this race and when it came time to qualify on a hot Saturday afternoon, Alonso’s driving efforts couldn’t overcome the lack of respect for this track and this race that exemplified the team’s mundane efforts to put him in the show. There is no reason it should have happened this way, especially in consideration of Alonso’s obvious talents behind the wheel. He had to overdrive the car every time he strapped in.

Alonso made five qualifying attempts on Saturday and turned his sixth 10-mile trip on Sunday, always the first alternate but never making the show. At the close of qualifying, McLaren’s Indy car project leader Bob Fernley was first to be canned. Both McLaren president Zak Brown and team leader Gil de Ferran should consider themselves on the bubble for this exercise in futility.

McLaren’s lack of preparation for the 500 and its obvious lack of respect for the Greatest Spectacle in Racing should haunt them as long as the team exists. Theirs is a big “f” for failure. Not knowing the difference in measurements between metric and the American standard was another part of their significant dissing of the Indianapolis 500. 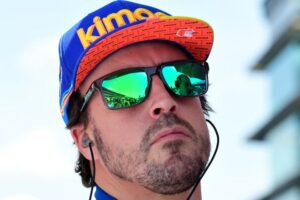 This writer hopes Fernando Alonso returns to Indianapolis in his quest to win the Triple Crown of racing – I also hope he makes it to Eldora some day and puts his rear end in a sprint or midget. But if the Spanish legend does come back the IMS, I hope he has a team that cares about Indianapolis and respects the track and its history. In other words, not McLaren.

Despite the issues with which he was dealing, Alonso never failed to connect with the fans who crowded his pit box and he made sure to give them the time and the autographs they craved from this superstar. Despite his difficulties in qualifying, Alonso thought the format devised by INDYCAR was “fun. It was good, but obviously not for us,” he said. “I would be more than happy to race here again in the future and to win the triple crown, which is still a target.”

Former McLaren principal Tyler Alexander, who helped lead that team to its many Indy 500 triumphs, must be rolling over in his grave.