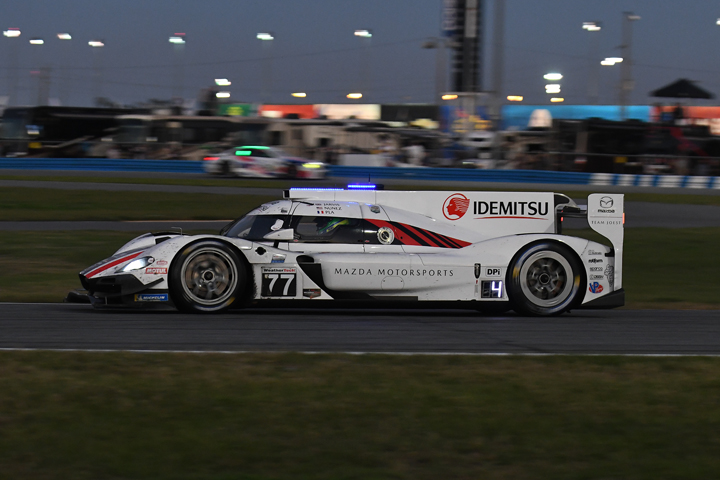 As widely expected, Mazda Motorsports has moved its IMSA DPi program from Team Joest to Multimatic, who have been doing the bulk of the prep work leading up to the end of the Joest contract.

Mazda has, of course, been a part of IMSA’s WeatherTech SportsCar Championship for a long time, beginning with successful rotary GT entries from SpeedSource in Florida. When the company decided to go prototype racing, SpeedSource was the easy option to start the program, which they did with a GT entry in the final year of Grand Am Sports Car Series racing.

Going from the noisiest race car, powered by a rotary engine to the quietest, a diesel-powered Lola prototype, there were plenty of start-up problems. Despite its great success in GT competition, SpeedSource never got to the top of the grid with the very finicky production-based, diesel-powered car and, after being part of Mazda Motorsports’ racing history for 22 years, the program was taken over by Joest once their Audi World Endurance Championship (WEC) contract ended.

Much was expected of Mazda Team Joest, with Reinhold Joest’s successful history, but it wasn’t until the 2019 season that the team was able to reach the top step of the podium three times. Working with the current Riley-Multimatic RT24-P chassis and a 600-horsepower, inline four-cylinder, turbocharged engine, the team learned on the job and, while famously fast the RT24-P had a hard time finding the necessary consistency for endurance competition. 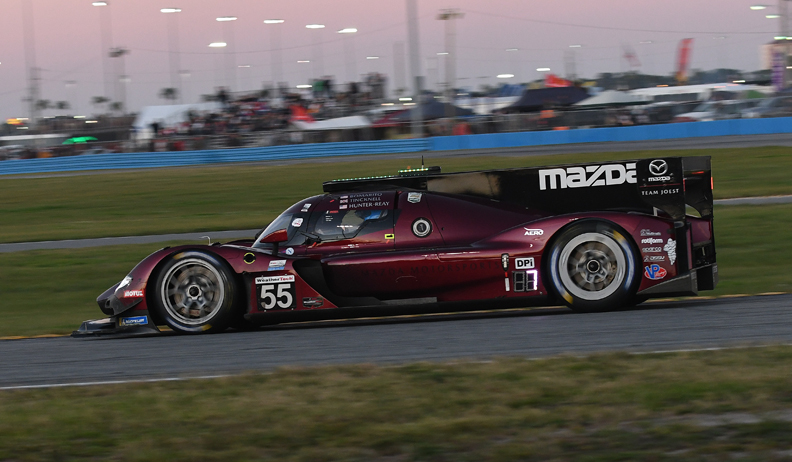 The Joest group’s ultimate failure to produce a championship despite the speed and last year’s three victories after such a long gestation, caused Mazda Motorsports to put more of its development work in the hands of Multimatic, a company that began its racing endeavors in 1992. Multimatic have worked with many IMSA, Grand Am and WEC teams over the years, offering aero and simulator testing (for both cars and drivers) and were responsible for putting together Chip Ganassi Racing’s Ford GTs.

It was an easy choice for Mazda and one that it announced on March 19 with the following comments from Nelson Cosgrove, director of Mazda Motorsports: “Mazda is looking forward to going racing with Multimatic when IMSA resumes racing, with a shared goal of winning IMSA driver and manufacturer’s championships. The management and engineering staff at Multimatic is familiar with our team and will continue to elevate our program.”

Once IMSA’s WeatherTech SportsCar Championship is able to resume competition, having only run the Rolex 24 at Daytona – it does have an iRacing SuperSebring prepped for this weekend – the driver line-up will remain the same, with Jonathan Bomarito and Harry Tincknell sharing the No. 55 Mazda RT24-P (Ryan Hunter-Reay joins this team for all Michelin Endurance Cup races at Watkins Glen, Road Atlanta and Sebring).

Oliver Jarvis, who took pole position in Daytona this past January will continue to drive with Tristan Nunez in the No. 77, joined by Olivier Pla for the three endurance contests. At this year’s Rolex 24, the No. 77, which was on pole for the winter twice-around-the-clock classic, finished second while the No. 55 earned sixth position in the fastest and quickest Rolex 24 ever held. The race was won by Wayne Taylor Racing’s Cadillac DPi, their third win in four years.

About Ralph Guerra 49 Articles
Ralph Guerra is the associate editor for RacingJunk.com. Ralph grew up in Southern California's car culture and quickly became infatuated with anything and everything V8. Whether it was a 63 Fairlane with a 289 or a Gt500 with a supercharged 5.4, if it was a V8 he wanted to drive it--fast.