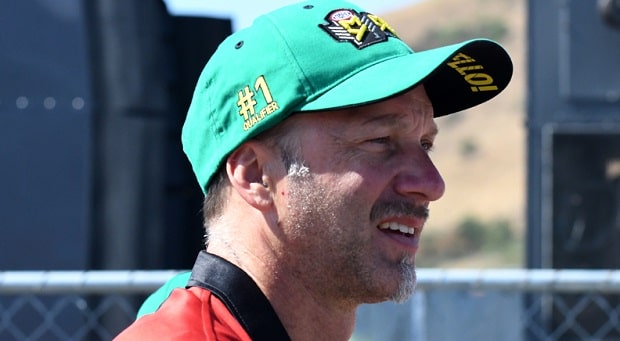 NHRA Mello Yello Pro Stock Motorcycle reigning champion Matt Smith has a lot on his plate. Not only is he attempting to repeat last year’s title aboard his DENSO EBR – always a difficult task – but he’s also preparing motorcycles for each of the category’s 16 races for himself, wife Angie Smith and Scotty Pollacheck on a full-time basis.

That’s not quite enough for someone like Smith, who apparently needs to be active at least 23 hours of each day. This coming weekend, he’ll take on double duty at NHRA’s NTK Carolina Nationals. In addition to prepping and racing his regular Pro Stock Motorcycle entries, Matt Smith has entered a car in the Lucas Oil Sportsman series Super Comp division and is hoping to make some magic in that category as well.

With VP Racing Fuels handling the partnership duties for his Super Comp dragster, Smith will “double up” for a second time in NHRA-sanctioned racing. He competed in both Pro Stock Motorcycle and Pro Mod, dad Rickie’s favorite playing field, in 2011.

“I bought this dragster a few years ago and bracket raced it a few times at local tracks,” King, North Carolina resident Smith explained. Using the 2007 TNT Supercars dragster, “I got my Super Comp license after the Four-Wide NHRA Nationals this spring and had Sadie Glenn [who serves as public relations liaison for Smith] run it in Charlotte the last two national events.”

Because the Super Comp dragster has been down the zMAX dragstrip in anticipation of his competitive debut in the class, “I’ve already got some good data for zMAX,” Smith stated. “Index racing will be a new experience for me for sure, but I’m feeling pretty good about our chances. One bonus of running Super Comp is I get more shots at the tree,” he added. “Obviously the dragster and my bike react differently, but it’s the same tree and I think this will work in my favor.” 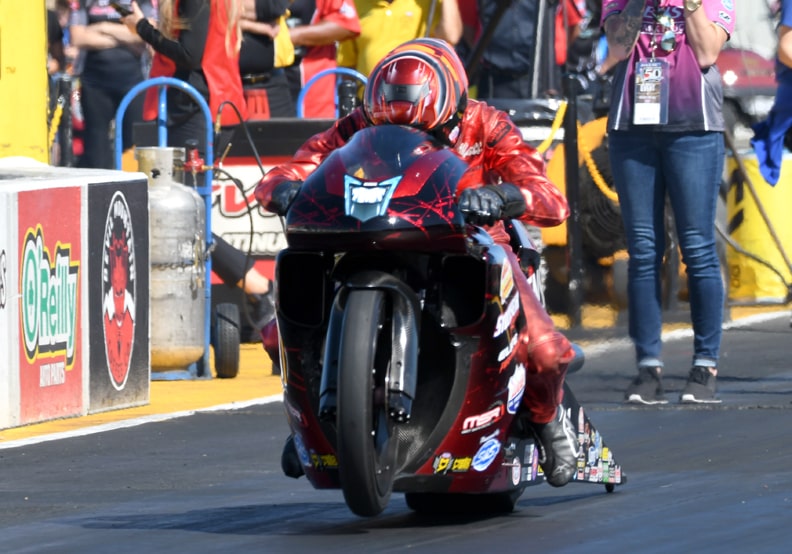 Smith is still in the hunt for a fourth Pro Stock Motorcycle world championship, sitting fourth on his DENSO EBR. He’s 61 points behind leader Andrew Hines, rider of Vance & Hines’ Screamin’ Eagle Harley-Davidson. Smith lags only 27 points in arrears of second-placed Karen Stoffer, riding a White Alligator Racing Suzuki and just 10 points back of Eddie Krawiec on the second Harley-Davidson.

The only other riders within 100 points of Hines, who is attempting to earn his sixth NHRA Pro Stock Motorcycle championship, are Jerry Savoie (-66) on the lead WAR Suzuki and Hector Arana Jr (’97), riding the family’s EBR motorcycle. There are 17 entries for this weekend’s Carolina Nationals; Hines was the winner in late April when the series held its Four-Wide Nationals at the Charlotte-adjacent track.