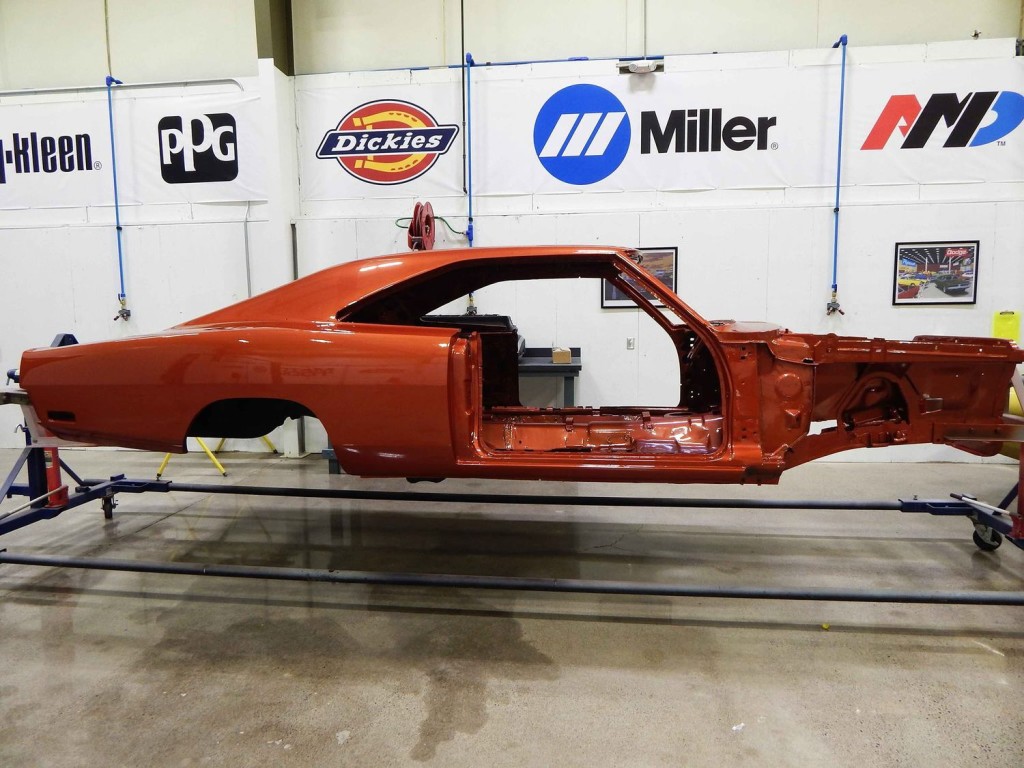 When Graveyard Carz aired its premier episode on Velocity Channel in April of 2012, thousands of new viewers immediately reacted to the immaculately restored Dodge and Plymouth muscle machines, but an equal volume of new fans were appalled by the head-on collision of personalities on the concrete floors of Worman’s body shop, Welby’s Car Care.

Anyone who’s ever read the comments on Mark Worman’s “Graveyard Carz” Facebook page would be convinced that the shop needs to be locked up and sealed off in order to allow a team of shrinks to sort out the mildly insane from the hopeless sociopaths.  Many Mopar fans – and classic car fans in general – grew tired of the constant squabbling and backbiting.

But that’s all changed now.

Entering into “Season 4b,” the “Clinker Twins” – as Worman refers to Daren Kirkpatrick and Josh Rose – are gone.  Rose had already found another job, while Kirkpatrick fought his release tooth and nail.  As a result of their departure, Worman feels refreshed and ready to breathe new life into his hit reality show.

“Daren and Josh made me miserable and that was reflected in everything I did,” Worman revealed. “They were complete lunatics.  None of the arguing you saw on the show was a shtick.  It was very real bickering and daily negativity.”

As the dust settled, only Worman’s long-time friend, Royal Yoakum, remained on the cast of Graveyard Carz.  Now Worman wants to relieve some of the weight he and his workers bore in the past.

“We’re developing a lot more peripheral characteristics from outside this garage this season,” Worman reveals.  “This should take a lot of pressure away from the main cast.  Volume is up.  Quality is up, yet we’re still having a lot of fun.  It’s going to be a smarter, more ‘carcentric’ show this coming season.”

As a teenager, Mark Worman was always the inquisitive car guy who shunned school in favor of all-things mechanical.  He earned his GED at a local college yet remained consumed by Mopar parts catalogs and Chrysler option codes.  he was obsessed with parts numbers and option packages to the point where he became a walking encyclopedia of Dodge and Plymouth data.

“I think that the fact that I was passionate about the cars made it so easy for me to study them and learn about them,” Worman explained.  “One I realized it was almost a science to memorize these numbers and parts and codes, I really dove into it.  My knowledge is far more valuable now that these cars have skyrocketed in value.”

When the local Wonder Bread building shut down in Springfield, Worman converted it to a 3-bay repair garage, which became Welby’s Car Care Center.  Worman was only 23-years old at the time.  Ironically, he had once pushed a broom inside the Wonder Bread business as a teenager.

“It became a matter of taking the time to walk through the junkyards and cleaning off the parts and looking at their part numbers and thumbing through old parts manuals,” Worman said.  “We didn’t have Google back then, so I had to learn all of the part numbers and options myself and store them in my head.” 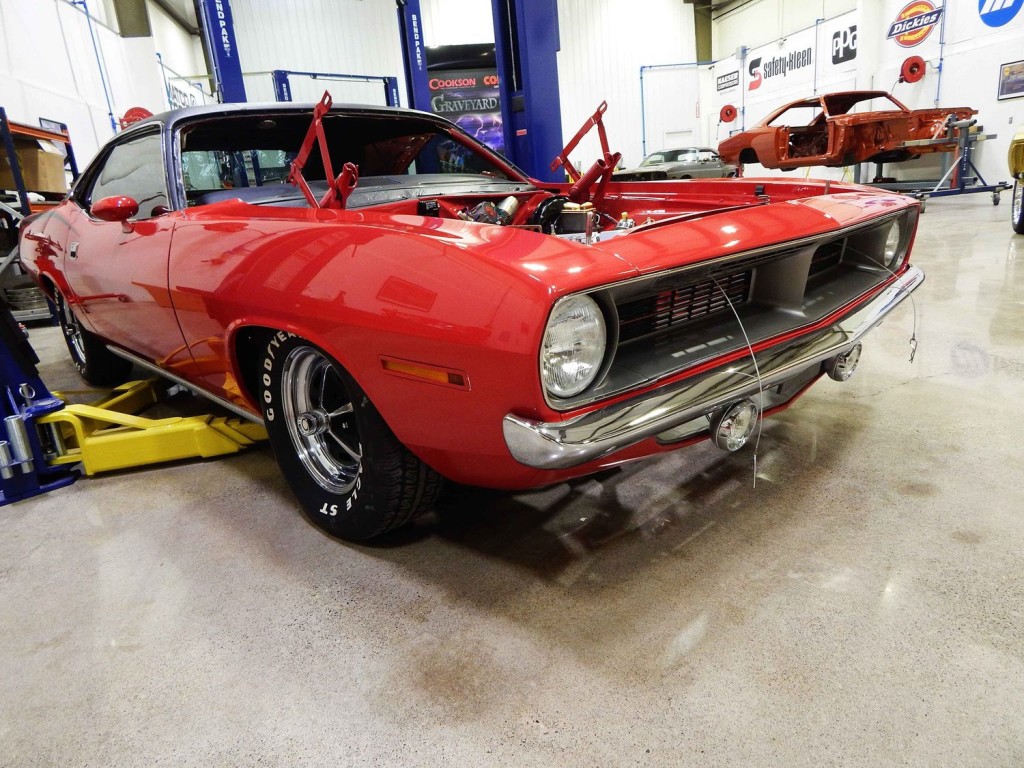 “We created a one-hour pilot episode that’s never aired, and we pitched it to anybody that would listen,” Worman recalls, “but they all came back citing the same reason: we were a niche show.  Having a show that only focused on Mopars was too narrow of an audience.  I told them that the mentality that goes into the OEM restoration of any old car is the same, no matter what make of car it is, but they still passed.

“I ended up saying ‘Piss on that, we’re going to film this ourselves.  We’ll make six 1-hour episodes in HD.'”

Worman put together a crew that shot the entire six shows on a SONY Handycam he’d purchased at Walmart along with an inexpensive two-microphone mixer.

“The guys worked it and worked it in post production and really made it look good,” Worman explained.  “We finally got a distributor out of Australia and they cut a deal with ‘HD Theater’ to pay us $500 per episode.  But we’ve come a long way and now we’re consistently ranked at number 1 or 2 on Velocity Channel.”

Worman watched as many reality shows as he could to garner a feel for the timing and content.

“I paid extra attention to American Chopper so I could analyze the way the program’s executive producer, Craig Paligian, presented the content,” Worman recalled.  “The impression I got from that series was the importance of character interaction and conflict.  Without conflict, a show quickly becomes boring to watch.

Worman remains optimistic that the show’s star will continue to rise.  The new season of Graveyard Carz “Season 4b” will premiere on Velocity on October 13th.

“We kick it off on the 13th.  The following week (Oct. 20th) will be our first real episode and then, on October 27th, the greatest episode ever known to humanity will be our Halloween special – starring Christine from the Stephen King movie!”

Mark Worman personally handles their social media pages, so be sure to “Like” GYC on Facebook at www.facebook.com/graveyardcarz. 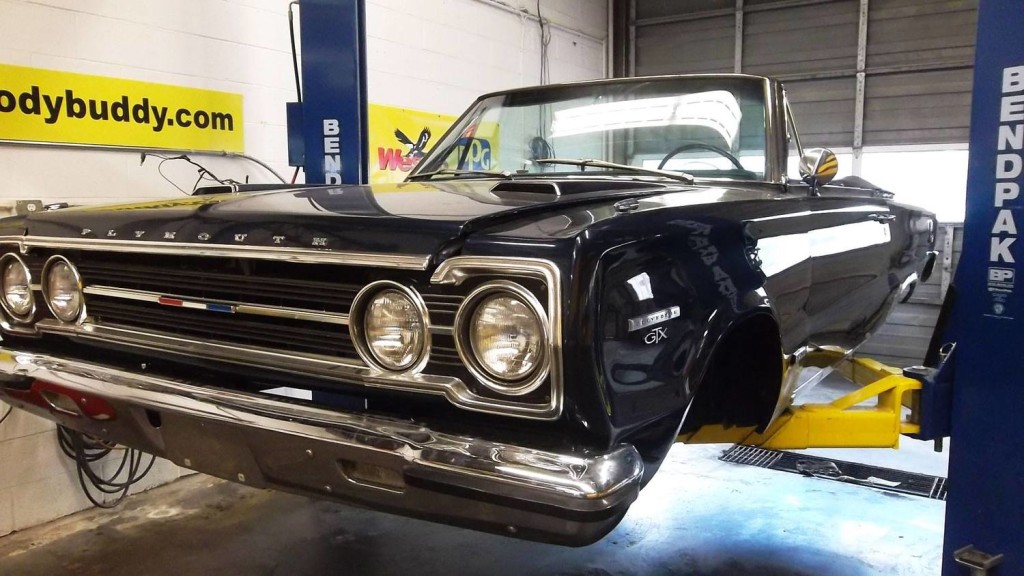