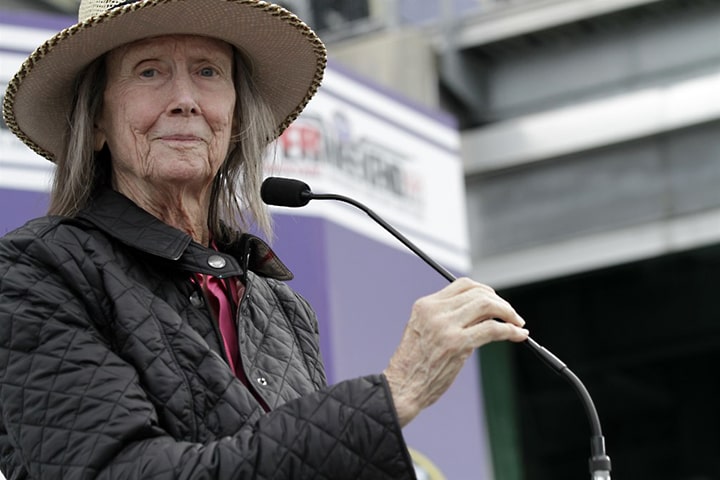 The matriarch of our modern-day Indianapolis Motor Speedway has died. Mari Hulman George, who witnessed her father’s purchase and management of the Brickyard, who lived for each May and whose call to start engines was historic, died November 3rd at home, surrounded by her family.

Hulman George, 83, served as chairman of the board emeritus at both Hulman & Company and Indianapolis Motor Speedway. She was IMS chairman from 1988-2016, among the moire tumultuous decades of the sport she knew and loved. The Speedway was certainly the cornerstone of her life after her father, Anton “Tony” Hulman Jr purchased the property in November of 1945, thereby assuring its return to racing prominence after the second World War.

She became immersed in the sport after that purchase and, as any fan of racing knows, there is no cure. She became friends with many drivers from her teenage years onward and her loyalty and passion for the sport and its competitors (drivers, teams, workers and officials) remained a constant for her entire adult life.

Mari Hulman George was an Indy car team co-owner before her 21st birthday, fielding cars and marrying racer Elmer George, who finished a career-best 17th at the Indianapolis 500 in 1962. Her friendships with drivers, team owners, mechanics and officials were bonds for a lifetime; she was especially close to A.J. Foyt Jr., whom she met a year before his 1958 Indy 500 debut and considered a cherished family friend.

In May of 2011, Mari Hulman George and Foyt placed a commemorative “golden brick” into the Speedway’s famous Yard of Bricks start/finish line, celebrating the 100th anniversary of the inaugural Indianapolis 500 in 1911 and the 50th anniversary of Foyt’s first Indy 500 win – his first of four – in 1961.

In announcing the death of their mother, grandmother, great-grandmother, the family of Mari Hulman George stated, “Our mother was such a unique wonderful person,” voiced Anton H. “Tony” George, chairman of the board at IMS. “She loved her family, friends, auto racing and animals with equal passion. She was a quiet pioneer in so many ways, from owning a race team in the 1950s and 1960s to overseeing a period of tremendous growth and evolution while chairman of the board at IMS.

“She was known by millions as the woman who gave the command to start engines for the Indianapolis 500 and other events at the Speedway, but her true legacy will be the generous and kind philanthropy she learned from her parents. That compassion and desire to help people and animals every day are the true hallmarks of her incredible life. We love her deeply and will miss her every day, while ensuring that her spirit and generosity live forever at IMS,” George concluded.

J. Douglas Boles, president of Indianapolis Motor Speedway noted: “Mrs George was committed to the long-term health of the Indianapolis Motor Speedway as a treasured Indiana asset, and her stewardship as chairman set the gone for staff and others involved with its. We were most impacted by her charitable heart and dedication to causes and organizations that made a difference to our community.”

NASCAR’s Jim France, the chairman and chief executive of the stock car racing organization that had its first race on the venerable and historic 2.5-mile oval in 1994 considered her legendary accomplishments: “Mari’s devotion to Indianapolis Motor Speedway was only surpassed by her kindness. Her tireless philanthropy and her passion for auto racing leave a legacy that touches the lives of millions.”