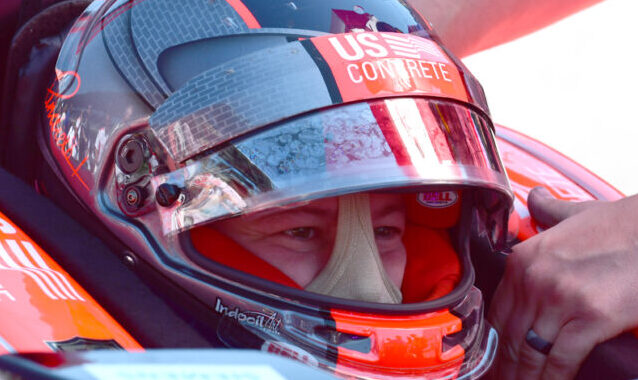 So much was expected of Marco, the third generation of the Andretti racing clan. After all, he had exceptional success in INDYCAR’s Indy Lights ladder program and was even tipped for Formula One in his early days in the sport. During Marco Andretti’s first, 2006 season in what is now the NTT IndyCar Series, he came a heartbeat away from winning the vaunted Indianapolis 500, only to be beaten to the stripe by fellow American Sam Hornish Jr.

Although he claims two victories in the series, the 2006 Grand Prix of Sonoma and 2011’s Iowa Corn Indy 250, Andretti’s career has been more valleys and peaks than either he or his family had expected or intended. On Friday, January 15, Marco Andretti announced he will be changing his emphasis in motorsports, stepping away from full-time INDYCAR competition for this year’s NTT IndyCar Series season. 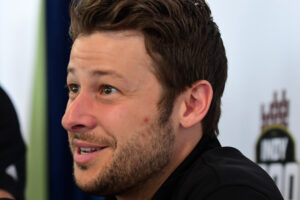 Andretti will, however, return to Indianapolis Motor Speedway for the 105th running of the Indy 500, hoping to build on the pole position achieved in the race’s 104th edition. He finished 13th in the race last year.

Posting his intention on Instagram, Andretti stated: “Upon some careful thought over the past couple of months, I have made the decision to make some changes to my racing activities and focus for 2021. I recently shared this decision and the changes that I want to make with my Dad and have spoken at length with him about it. I appreciate his openness and for allowing me the flexibility to map out my own course going forward.

“I am fortunate to be in a position at Andretti Autosport to run the full IndyCar season if I want to. But, instead, I have decided to change up my direction somewhat – to reset – and to do something a little different – look at everything fresh and see where that takes me. And, to me,” he said, “now seems like the appropriate time to do that.

“I am definitely going to keep driving. I still have a deep passion for it and have unfinished business to take care of and some boxes that I want to check before I consider retiring as a driver.” The 33-year-old said, “First and foremost, I remain very hungry to win the Indy 500. It is our biggest stage and the place that I feel I bring the most to the table as a driver. I’ve come close there and am in the mix there, it seems, each year. 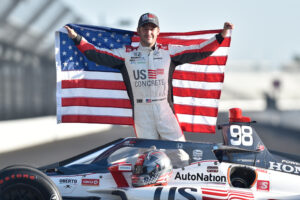 “Winning the pole there last year was awesome but that isn’t enough – I know that a victory there is in my future, so we’ll try to get that done in the coming years. As such, I have committed to and am looking forward to running the Indy 500 with Andretti Autosport this year. In addition to being squarely focused on the Indy 500, I might also take a look at perhaps running some other races on the IndyCar schedule down the road as the season progresses, in order to remain ‘car fit.’ I have also offered to help the team with some testing and other activities along the way. I will also entertain other options amongst the IndyCar paddock as well as different opportunities in all of motorsports. My involvement in my Andretti Autosport entry will continue.”

Marco Andretti has been a co-owner of the No. 98 car he’s been driving the past few years, in partnership with his father, Michael, and with Bryan Herta, who has been coordinating his trackside efforts. Marco has indicated interest in sports car competition: “I also want to do some sports car racing – maybe even get the chance to do some IMSA racing with my cousin Jarrett, which would be a lot of fun for me. I’ll be looking into other sports car opportunities as well in the coming months and would welcome discussions in this regard. Marquee events like the 24 Hours of Daytona, 12 Hours of Sebring, and Le Mans would be on that list.

“I am excited for what the future holds in store for me, both on and off the track and, again, am grateful to Dad and Andretti Autosport for allowing me the freedom to change things around as I’d like and to proceed forward a little differently this coming season.”

Michael Andretti said of his son’s decision, “I think, for any multi-generational athlete, it can be really challenging to find your own ground and make your own name on top of your family’s. Marco has always had the courage to chart his own path and I’m proud of the career he’s built for himself and the person he’s become. I know this decision wasn’t easy. But,” Michael continued, “like he has said, this is not retirement. He has some great accomplishments behind him and I think he still has many more ahead of him. I’m looking forward to having him back with us for the 500, and hopefully maybe a few more races through the season.”

Marco Andretti has 248 career starts in the NTT IndyCar Series. In addition to his two victories, he owns six pole positions, 20 podiums, 42 top-five results and has led 1032 laps since his 2006 debut.