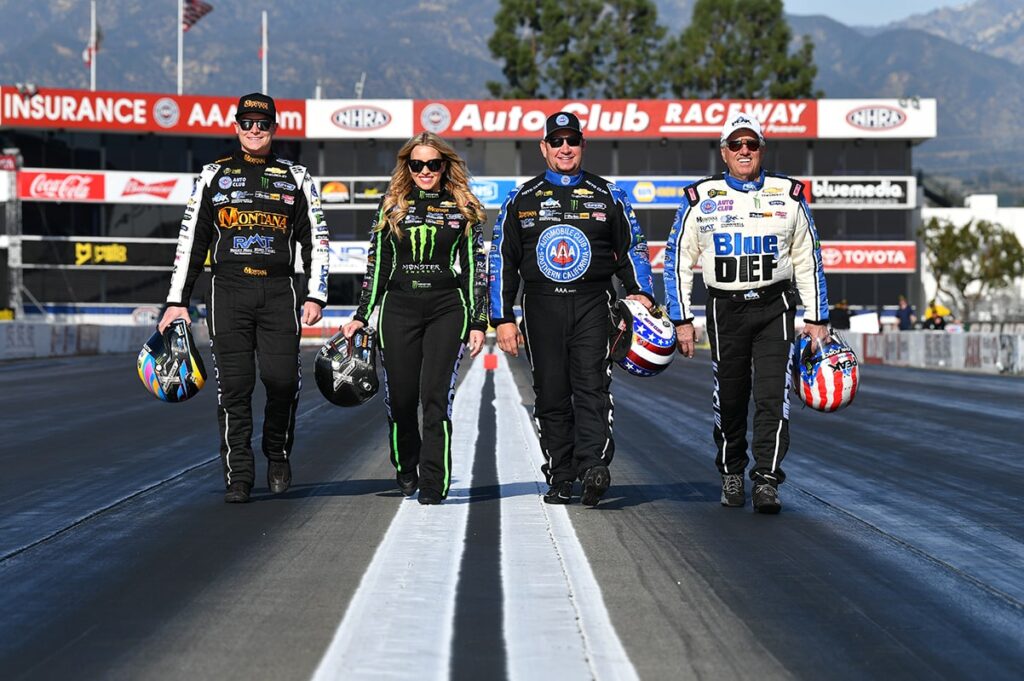 MAHLE Aftermarket, which is currently celebrating the company’s 100th year anniversary, announced a multi-year extension of its partnership with John Force Racing. By continuing their partnership with Team MAHLE, all four John Force Racing teams will receive Clevite Performance Engine Bearings and MAHLE Performance Piston Rings and will be involved in product testing for new product development. MAHLE works very closely with its racers and engineers in putting together an optimum product, so this works for all sides.

“Our mission is clear at Team MAHLE, says Jon Douglas, president of MAHLE Aftermarket in North America. We seek perfection and are committed to achieving this by working only with elite racers at the pinnacle of their class. Last year, we celebrated John Force’s milestone 150th and 151st career victories and Robert Hight’s third Funny Car Championship and a partnership that has
spanned decades. We’re thrilled to announce this multi-year agreement and wish only the best for John, Robert, Brittany and Austin as they work hard to bring home the championship in 2020.”

“We’ve always had a great partnership in MAHLE Aftermarket, for years now, and this extension helps prove that. MAHLE Aftermarket is committed to a high- level of perfection that we at John Force Racing strive for on an everyday basis. Continuing to grow the relationship we have, MAHLE will help guarantee our success on the race track,” said John Force Racing CEO and founder and driver of the PEAK Chevrolet Camaro SS Funny Car John Force. “The future looks bright for John Force Racing and it’s partners like MAHLE that allow us to be able to say that.”