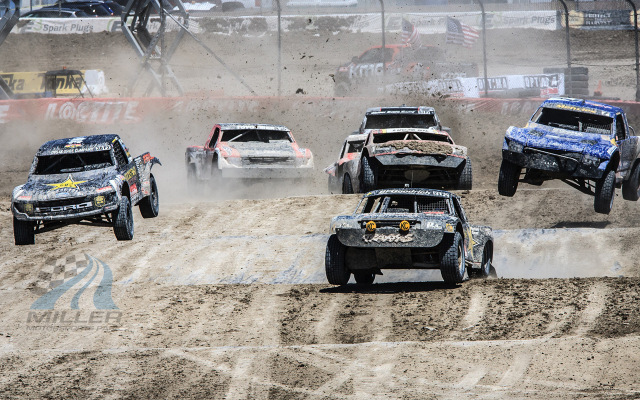 The blows keep coming for the race and performance industry, with race and show cancellations, track closures and racers struggling. Now, Lucas Oil has announced that it will be discontinuing ownership and operation of the Lucas Oil Off Road Racing Series, which also includes the Lucas Oil Regional Off Road Series.

Lucas Oil has owned the off road short course racing championship series since 2009, building it into an exciting, established set of events. The choice to discontinue comes in the face of a year of serious struggle and financial hardship for automotive events, with no end in site as the pandemic continues.

“Lucas Oil has made the decision to discontinue owning and operating both the Lucas Oil Off Road Racing Series and the Lucas Oil Regional Off Road Series,” said Director of Race Operations, Ritchie Lewis. “This year, Lucas Oil made an incredible financial effort to keep our off road commitments to our employees, promoters, racers and sponsors, during arguably one of the roughest periods of time for our country. As we look ahead, there are too many variables that could impact the financial commitment and overall health of the series going forward, which necessitated this difficult course of action.”

The short course off road series has served as a launch pad for many racers, including Hailie Deegan and Shelden Creed, along with a chance for racers like Carey Hart and Jeremy McGrath to crossover between events and series. And of course, has been an important place for dedicated off road racers to build their careers.

“The Lucas Oil Off Road Racing Series could never have achieved the levels of success it did without the individuals who made it all happen – out on the racetrack. The unwavering commitment from our drivers over the years has allowed Lucas Oil to invest in their talent, and we couldn’t be prouder to see all the success stories that have come out of this championship,” added Lewis. “Moreover, we owe tremendous gratitude to the companies that have lent their support to short course off road, as their partnerships were invaluable to our success. As we close this chapter, these individuals and our relationships are what we will remember.”