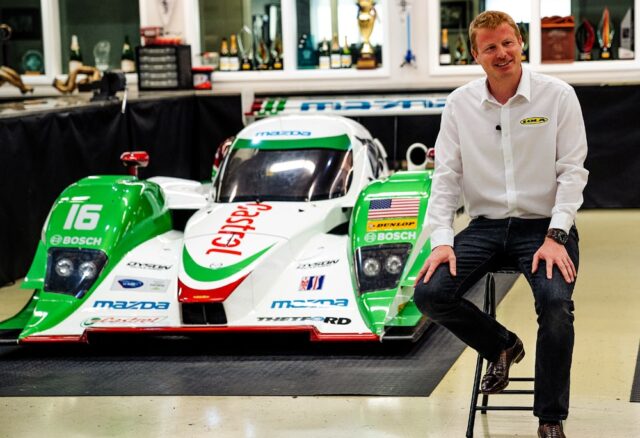 There was a time when Lola chassis were considered the best in INDYCAR, IMSA and even Formula One competition. The British company has designed and constructed nearly 5,000 race cars – about 400 different model types – and gained championships around the world that include INDYCAR, Le Mans, Formula 1, Formula 3000, Formula 5000 A1GP and a variety of Touring Car championships.

Founded in 1958 by designer and entrepreneur Eric Broadley, by 1962 Lola Cars had entered F1 as a constructor with the Bowmaker Yeoman team. Others to take advantage of Lola’s proficiency in design included Honda in 1967, when the Japanese company earned its first win with Ritchie Ginther, as well as the Larousse and Scuderia Italia programs from 1987 through 1993. 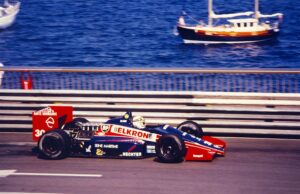 Probably the most successful and famous Lola is the iconic T70 sports car, produced as both a Spyder and a Coupe through the later 1960s and into the 1970s. Other successful sports cars included the T616 #67 driven by Jim Busby. He also raced a Lola-Nissan GTP in IMSA competition.

Broadley’s stewardship wasn’t always successful, nor was the later management by Martin Birrane, and despite winning sports cars, the company went into bankruptcy and ceased operations in October of 2012. Many of its assets were purchased by Canada’s Multimatic, Inc. and Carl A. Haas Auto; they also obtained licensing agreements to use the Lola Cars name and intellectual property. 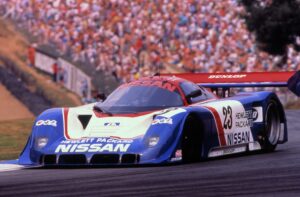 But like the phoenix, Lola Cars rising from those ashes in 2022 with the purchase of the company by US-based Briton Till Bechtolsheimer. With the completion of this purchase, the new Lola Cars Ltd. now controls all assets of the British brand. “I have had a lifelong passion for motorsport and, like most motorsport fans, have always loved the Lola brand,” Bechtolsheimer said of his purchase. “What both Eric Broadley and Martin Birrane achieved with Lola is awe-inspiring. It is a daunting but exciting prospect to try and rebuild Lola in their footsteps and do justice to their legacy,” he declared.

Bechtolsheimer has plans for Lola Cars Ltd. based on his career investing in energy efficiency. “Our plan is to re-establish Lola as a leading design and engineering force in modern motorsport. I see motorsport playing a significant role in the innovation and testing of new solutions. Through Lola, we hope to develop and provide investment for some of these solutions.

“I have a huge amount of respect for the industry,” Bechtolsheimer continued, “and I understand that this will be a long process. We have immediate plans for substantial upgrades to the Lola Technical Centre (in Huntingdon), in particular the wind tunnel, and are actively working towards our first project to put new Lolas back on track. I firmly believe that our biggest asset is the Lola name and what it means to so many in the motorsport industry. It will help us to attract great talent and form lasting partnerships.” 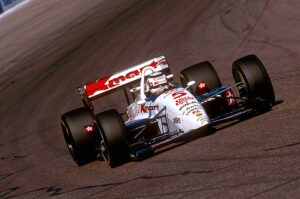 Till Bechtolsheimer, 40, is from the Gloucestershire area but currently resides in the United States. He’s the founder of New York-based Arosa Capital, an investment firm specializing in energy, energy efficiency and renewables, including emerging technologies in the transport and automotive arenas. Arosa has about $1 billion of regulatory assets under its management, in public markets, private equity and venture capital.

Bechtolsheimer is an accomplished historic racer with class wins at Monaco and Silverestone. He’s competed in North American sports car and endurance competition since 2016. Since 2020 he’s invested his competition chops in the IMSA WestherTech Endurance Championship, racing an Acura NSX in the GTD class. In 2021 he earned a best result of third place at the early June Detroit race.