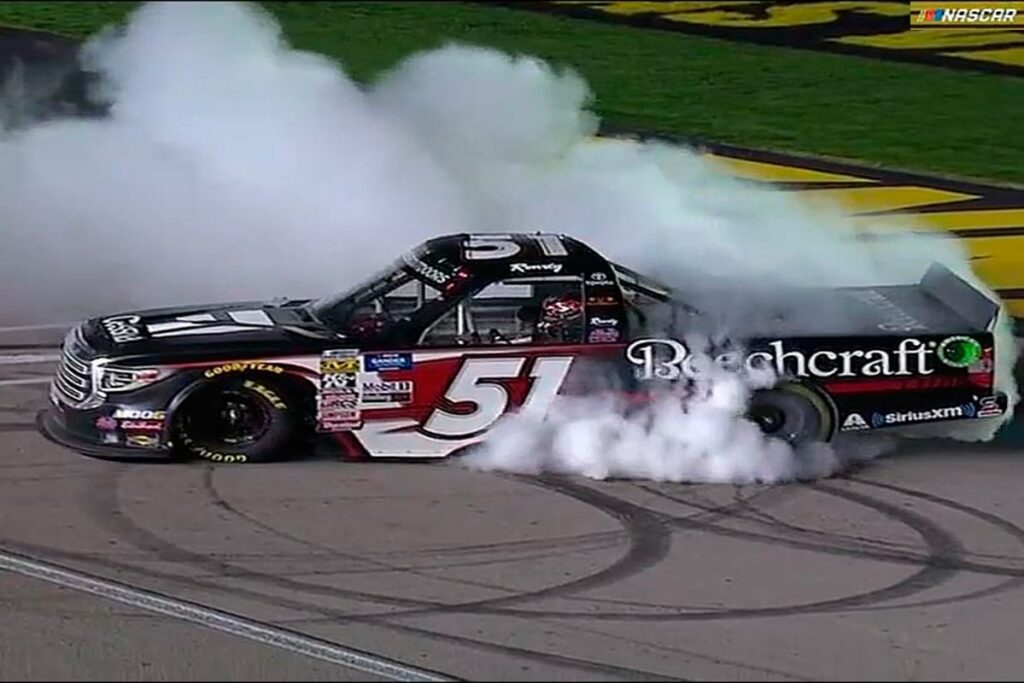 Kyle Busch took to the track in his Kyle Busch Racing #51 and made everyone look silly Friday night in the NASCAR Gander Outdoor Truck Series Strat 200. Rowdy was looking for a weekend sweep and seemed destined to get it after handily sweeping all three stages of the truck race. Series regulars Brett Moffitt and Matt Crafton came in second and third, respectively. 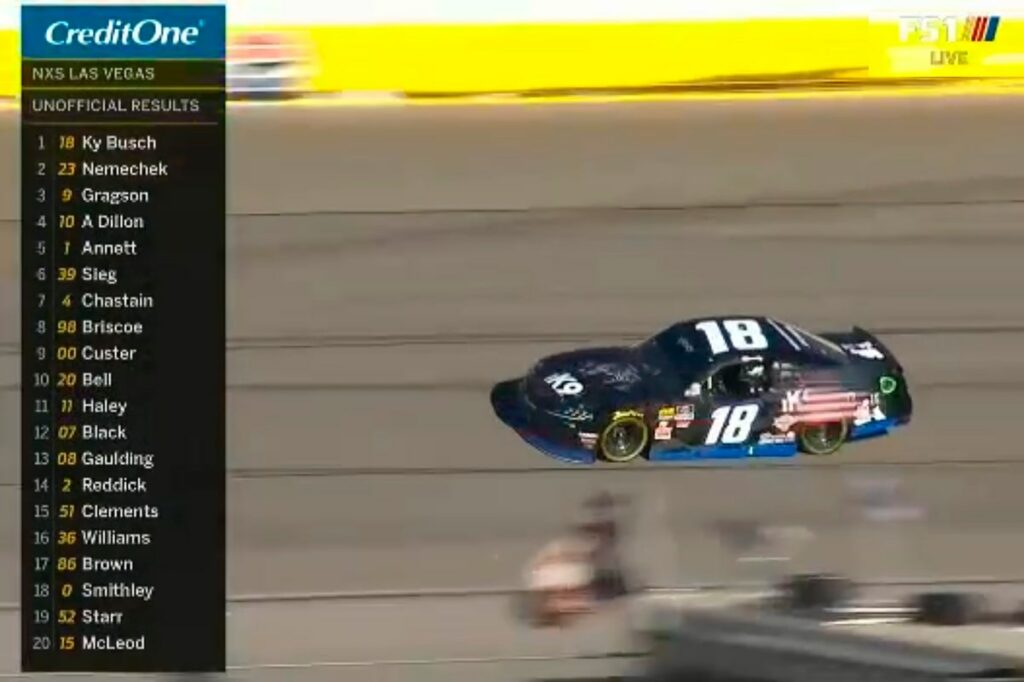 Saturday’s Boyd Gaming 300 was the next stop on Kyle Busch’s attempt for the sweep. Things looked bad for him early in the race when he felt a loose wheel. Things looked worse midway through the race when he had a pit road penalty. Cole Custer won the first stage in his Stewart-Haas Racing #00 and Tyler Reddick took his Richard Childress Racing #2 to the second stage win. 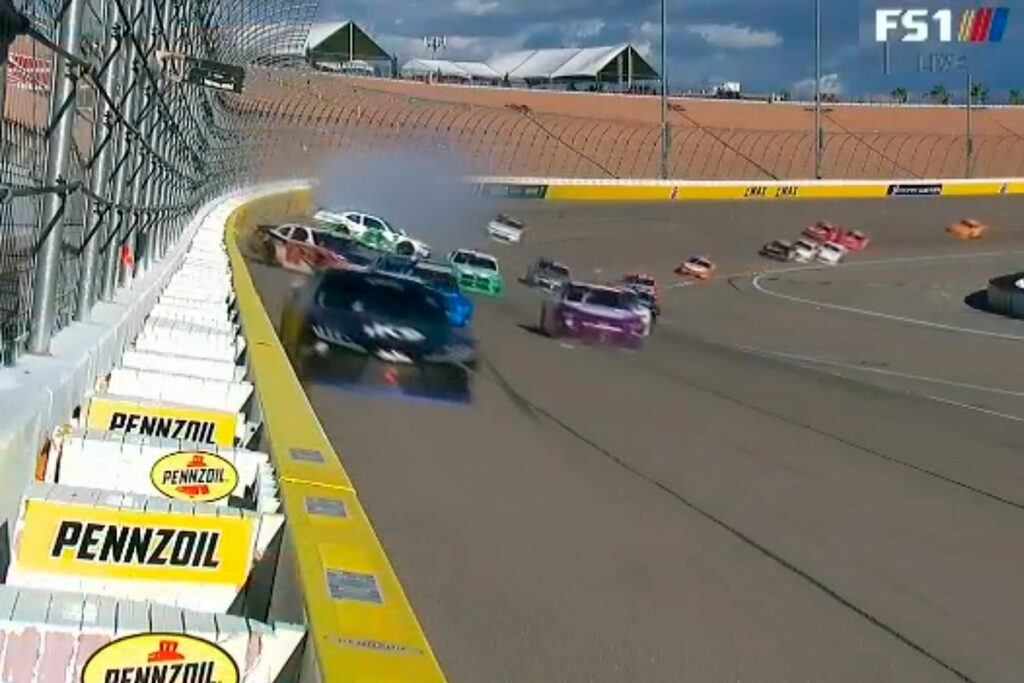 Racing throughout the pack was especially exciting, especially after restarts when the field would go three wide. Rain looked like it was threatening. Rowdy took the lead on Lap 112. There was a spate of wrecks causing the race to go into NASCAR OverTime for two attempts before Busch was able to take the checkered flag his 93rd XFINITY Series win. John Hunter Nemechek took second in his SHR #23 while Noah Gragson took his Junior Motorsports #9 to a third place finish. There were only six cars on the lead lap when the checkers flew. 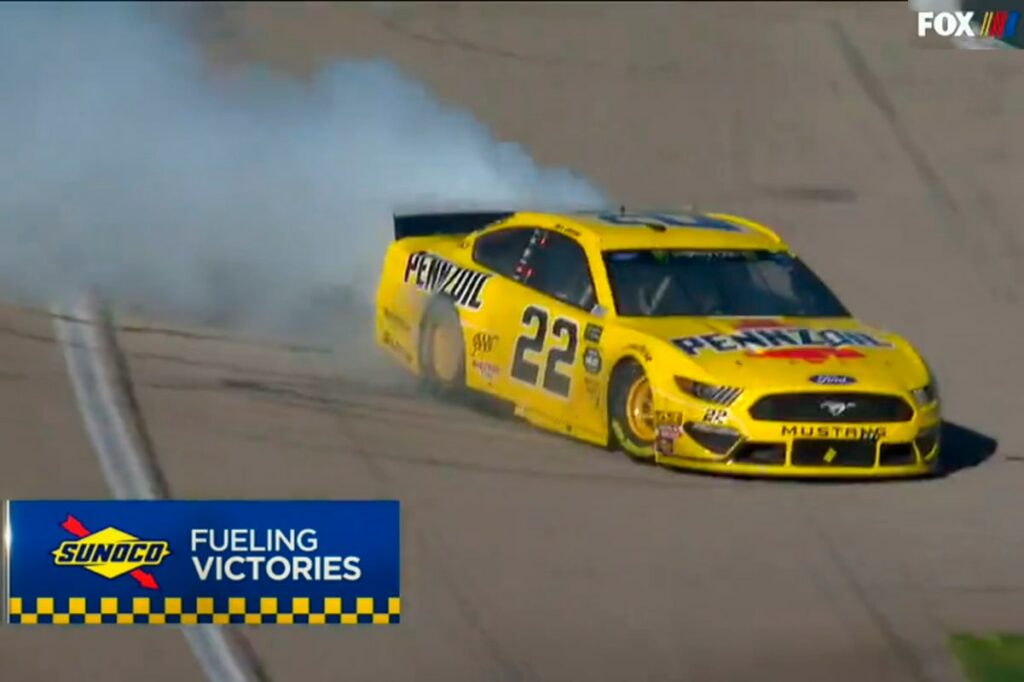 In spite of his promising start, Kyle Busch still doesn’t have a weekend sweep at his home track of Las Vegas Motor Speedway. He came from back in the pack and laps down a couple of times to remain competitive throughout the race. However, he just didn’t have what it took to beat the Fords of Joey Logano and his Penske Racing teammate Brad Keselowski in the closing laps of a quiet but interesting race.

Harvick won the first stage from the pole and looked to be on path to win the second, but Logano put a good move on him for the lead and didn’t look back for the rest of the second stage. Kyle Busch continued to battle pit road adversity throughout the race. He was leading late but faded just enough for Logano to pass for the win and Keselowski to take second place from him. Better luck next year, Kyle.