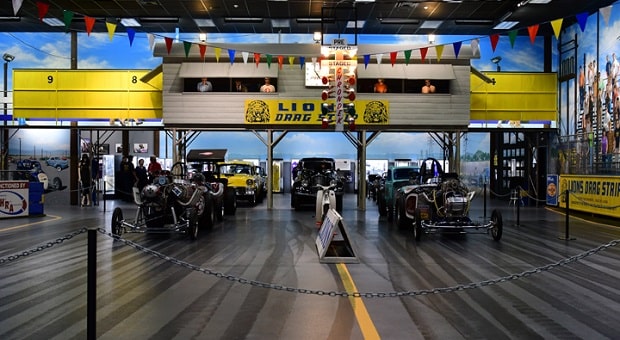 Memories last long after a beloved venue is gone. Such is the case with Lions Associated Drag Strip, which officially opened October 9, 1955 and closed on the second of December 1972. Intended to stop illegal street racing during the post-WWII era of hot-rodding, Lions was the result of a Long Beach, California judge’s efforts to bring drag racing off the streets and onto a local track.

Judge Fred Miller enlisted local Lions Clubs to raise the $45,000 needed to build the facility – hence the name – and used the savvy of track manager Mickey Thompson to advance the cause of legal drag racing. Miller held the track acquire property from the City of Long Beach’s Harbor Commission and Thompson did the rest with his promotional savvy. The result was Lions Associated Drag Strip (LADS), and it became famous for both the local and national drag racing stars who brought their cars to race. 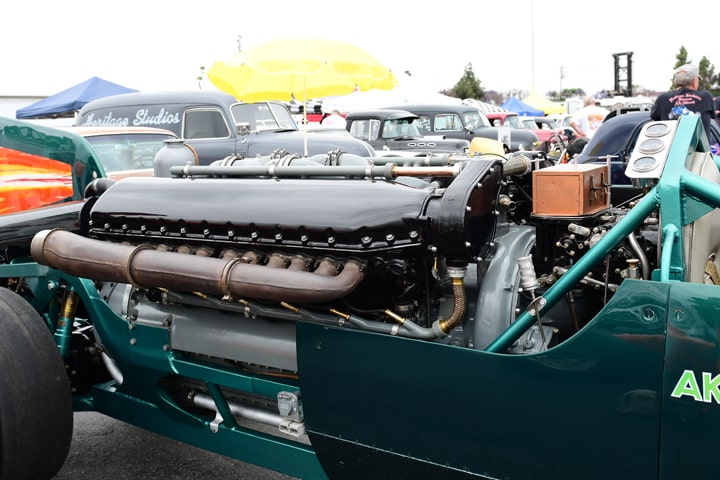 For 18 years, LADS reinvested its profits into community charitable organizations in the area and became known as one of the finest and fastest tracks in the country. The motto of the track was appropriate: “Drive the highways; Race at Lions” and it enjoyed great success from its opening to closing nights. 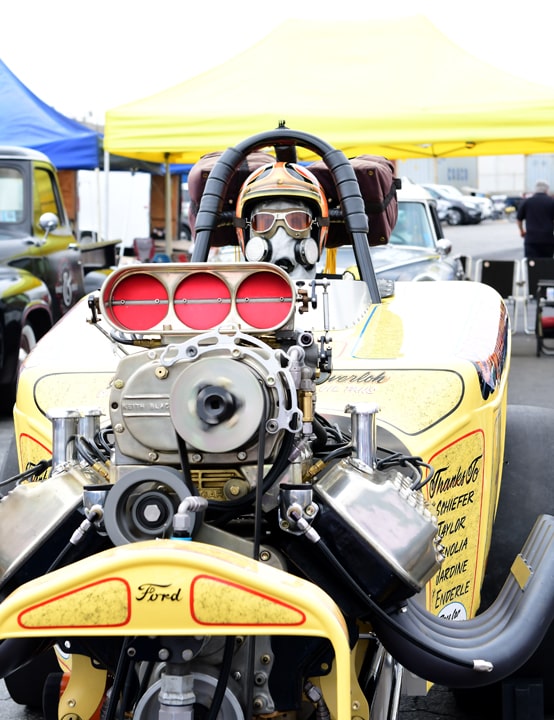 The legend of Lions Associated Drag Strip hasn’t gone away and the amount of memorabilia from the track is huge. In a project that’s been in the works for several years, the Lions Drag Strip Museum opened its doors on June 22, 2019, taking viewers of the museum’s large area filled with cars and memorabilia back to a time when drag racing was in its infancy, through to its growth that today recognizes NHRA’s ascent as the purveyor of straight-line competition. 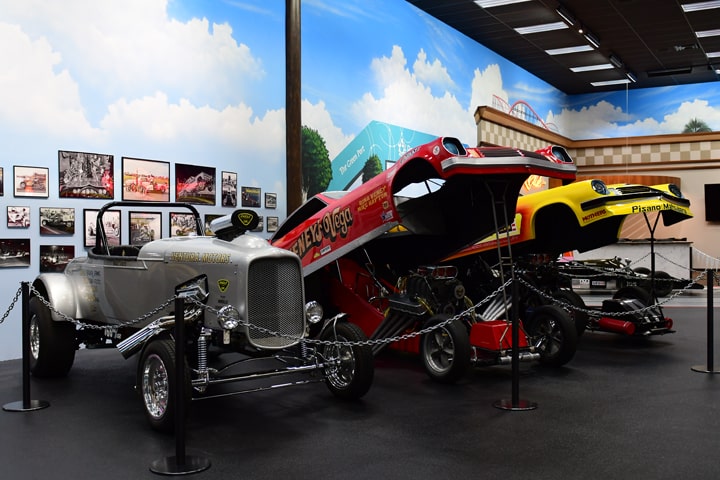 Museum founder Rick Lorenzen, a fan of mid-century automobiles who has his own estimable collection of cars at the same venue as the Lions Drag Strip Museum, located on the border of Long Beach and Carson, not far from the track’s original site, welcomed fans of the track at its opening, as did former driver Mike Dunn and a host of celebrities, including famed racers Don “Snake” Prudhomme and Roland Leong. 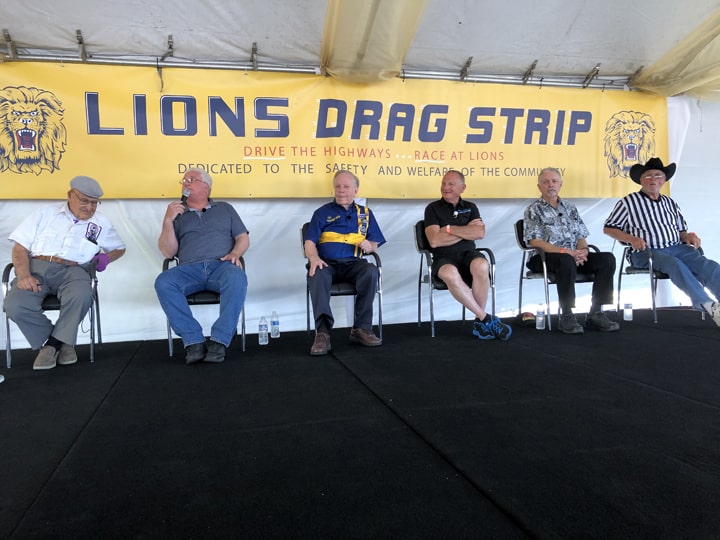 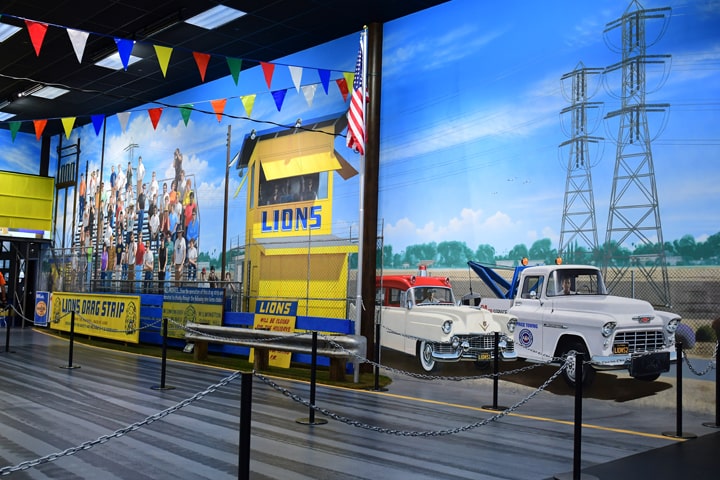 Lions Drag Strip Museum includes a 4,000-square-foot reproduction of LADS’ starting line within a 15,000-square-foot exhibit area. This exhibit area will, eventually, include 5,388-square-foot wall murals painted by Kenny Youngblood, Yvonne Meclalis and Keith Mooreland; some of the work on these is already completed. There’s also a memorial wall dedicated to the 12 racers killed in competition at Lions.

Of course, it wouldn’t be a proper drag racing museum opening without the smell of nitro in the air. Steve Gibbs of Nitro Revival brought together at least 30 different Rolling Thunder and Line of Fire participants for cacklefests throughout the afternoon. The various A/D, AA/A, AA/FD and other vintage machines were rolled – while running – from their parking spaces in the large lot by push-trucks (and cars) to the wall, one by one. They filled the sun-soaked air with the sounds, smells and sights of vintage drag racing. 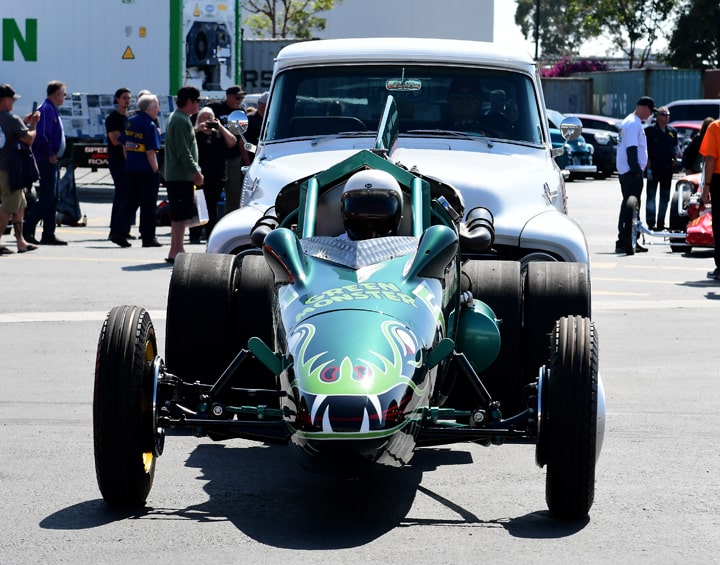 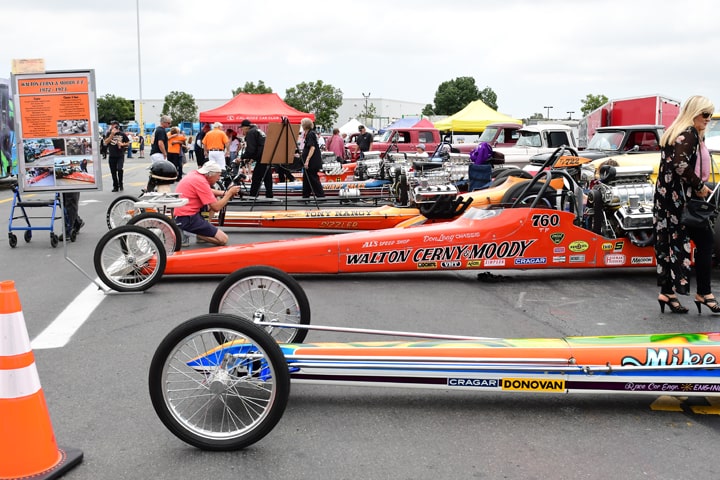