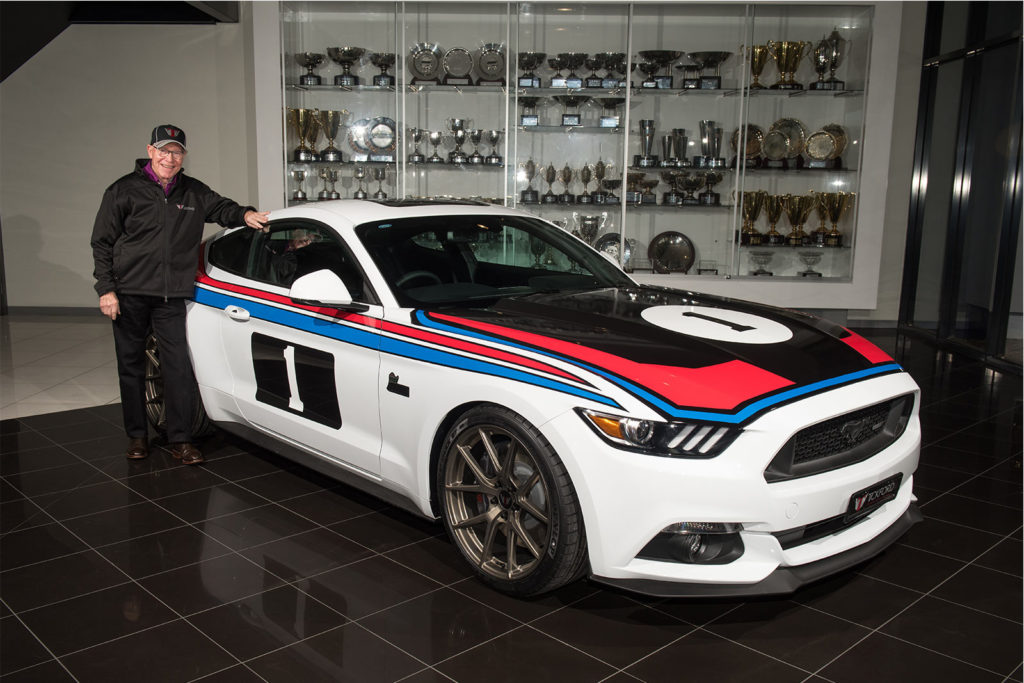 As fellow racing enthusiasts, we couldn’t wait to tell our readers about the latest salute to one of the most famous endurance races in the world. Australian based Ford tuner Tickford is rolling out a limited run of historic Ford Mustang GTs called the Tickford Bathurst ’77 Special.

To celebrate the 40th anniversary of one of the most talked about one-two finishes in the Bathurst 1000 history, in Bathurst, Australia, the automaker is teaming up with Canadian-born Australian Touring Car Championship legend Allan Moffatt to develop a maximum of 77 of the limited-edition Mustangs.

Powered by a 5.0-liter Coyote V-8 engine, the TickFord Bathurst ’77 Special Ford Mustang is designed and built to replicate a modern interpretation of the 1977 Ford XC Hardtop that legendary driver Allan Moffatt defeated Colin Bond with in the 1977 Bathurst 1000.

This limited-run Ford Mustang will feature a prominently white body with a black hood as well as red and blue stripes running the length of the body. Along with a larger front spoiler lip, a Tickford nameplate is also prominently displayed on the left side of the front mesh grille and Moffatt’s famous number one is also displayed deliberately on both the hood and doors. 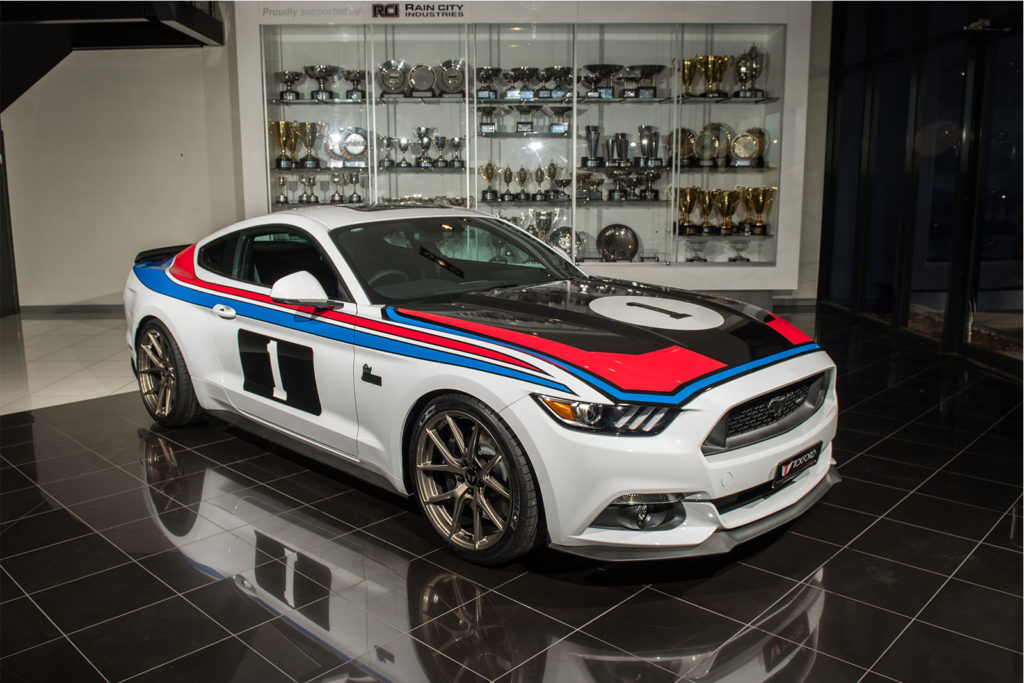 “It is hard to believe it has been 40 years since Colin and I finished one-two at Bathurst, but while I recall the race as if it were yesterday, it is nice to know it holds such a special place with so many people all these years on,” said Moffatt. “The team at Tickford have done an amazing job coming up with a modern interpretation of my 1977 XC Hardtop, which now produces an unbelievable amount of power and includes some of the most unique highlights possible.”

According to Tickford CEO Tim Edwards, the idea is to pay homage to Ford’s rich history in Australian sport.

“We are privileged to be working with Allan Moffat to create a modern V8 hardtop that pays tribute to his famous winning machine, while also paying tribute to Australia and Ford motorsport history” said Edwards.

Price point has yet to be announced for this LE Mustang, but we expect it to fall into the neighborhood of $50,000. To find out more about ordering your very own Tickford Bathurst ’77 Special visit tickford.com.au/bathurst-77-special.