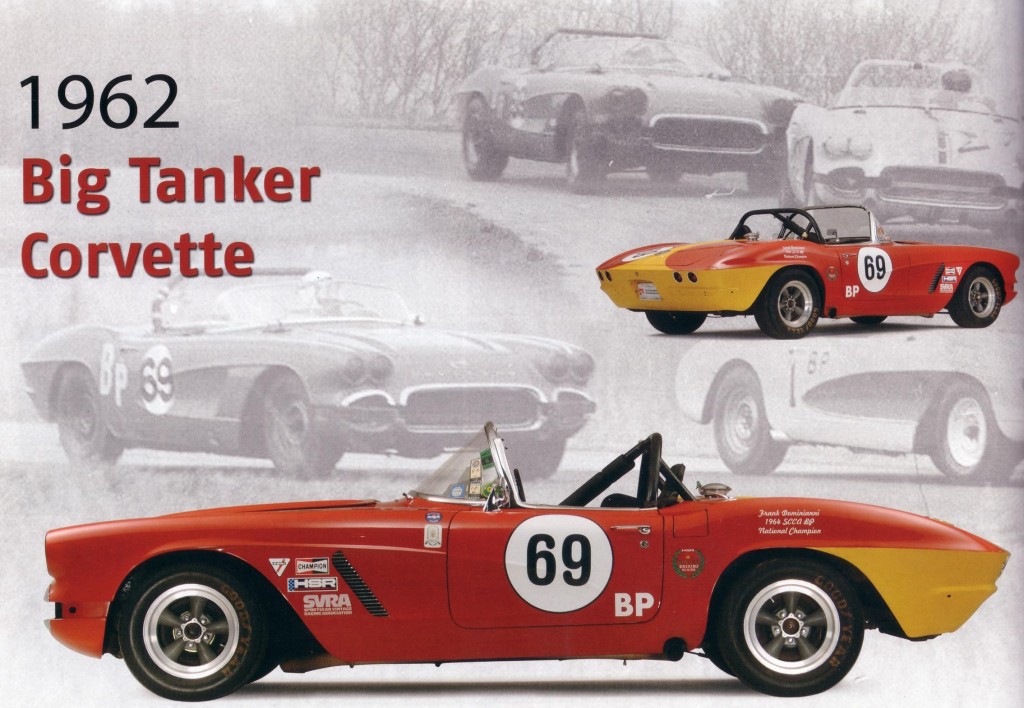 Frank was in his mid-80s then and had a great smile, a brilliant twinkle in his eyes and a wry sense of humor. “You want to do a story about me?” Frank asked. “I hope you can write fast, so I’m still around when you finish it.”

Frank’s shop was loaded with tools, old parts, racing awards and faded old photos. He had a row of plaques he won a Bridgehampton in the mid-’60s. Frank also raced at Watkins Glen and Elkhart Lake. “All over America,” he said.

Frank said he raced an MG TC in the 1950 Watkins Glen event. He had kept a color photo of the car at speed. Frank raced against the likes of Augie Pabst, Briggs Cunningham and the Brooks Stevens team.

Frank was a true racer’s racer and one of the most feared road course drivers on the East Coast circuit during the ‘60s. Frank started with Soap Box Derby racing cars and model airplanes. He then advanced to homemade midget racers. During the ‘50s and ‘60s he raced an Elva, Allards and MGs. He then rounded out his career with the ‘62 Corvette. It was campaigned until 1971.

From the moment Frank took to the track, his competitors saw a driver who commanded their respect. He was known for his foot-to-the-floor, stab-and- steer technique. He filled his shop with trophies and awards.

In 1959 the New York Times dubbed Frank Dominianni, “One of the top three drivers whose spectacular performances made the B production class one of the most interesting of the road race season.”

In April of 1962, a report on Frank was given at Virginia International  Raceway in the race results: “To everyone’s surprise the Corvettes stayed in the reasonable vicinity of the track with the notable exception of Francis Dominianni who left the track innumerable times, led a parade of three Corvettes through station G, neatly spun in front of the Scarab at the Oak Tree and was leaving a stench around the track that several watering eyes identified as nitro. Don Yenko’s old Corvette walked away with BP and Don took the first N.C. Challenge Cup home with him.”

Frank passed away in November 2011. His wife, two daughters, a son, seven grandchildren and four great grandchildren survived him. His SCCA Championship ’62 Corvette resides in the Mid Americam Motorworks MY Garage Museum in Effingham, Ill.